Have a smartphone with 'Sensor Core'? Microsoft Health may still be for you!

Having read my review of the Microsoft Band 2, you may still be undecided about whether to go down the route of a full wearable just to have your steps (i.e. activity level) tracked each day. Good question - the Band is undoubtedly overkill for some, plus you have to charge it every day or so. But as long as your Lumia smartphone has 'Sensor Core' (don't worry, there's a list below) then you can use its 'motion data' system to gather basic information on your movements AND get reporting back using Microsoft Health. You see, it's for more than just liasing with the Band range, it seems...

[Updated. Hmm.... it seems you may still need an update to Health from Microsoft. See below.]

Normally I'd have recommended Microsoft's 'other' tool, 'Health & Fitness', but this just got officially withdrawn, making me wonder about an official replacement. Enter Microsoft Health, as shown below.

'Sensor Core', by the way, is part of the Snapdragon chipsets (400 through 8xx series) in these Windows Phones/Windows 10 Mobile devices: 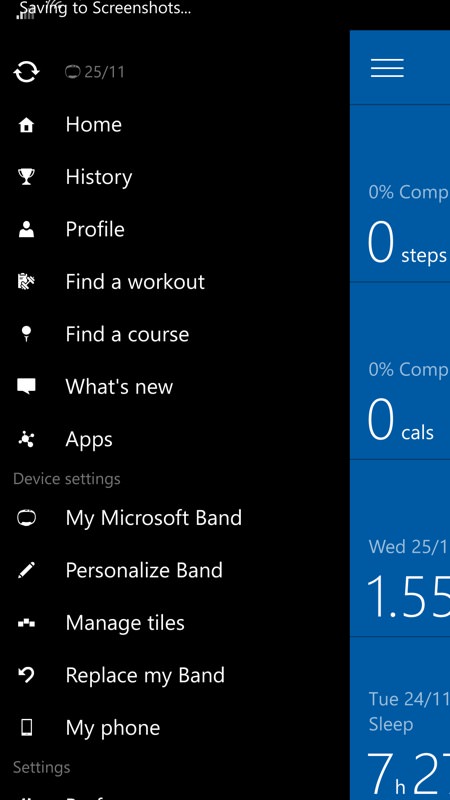 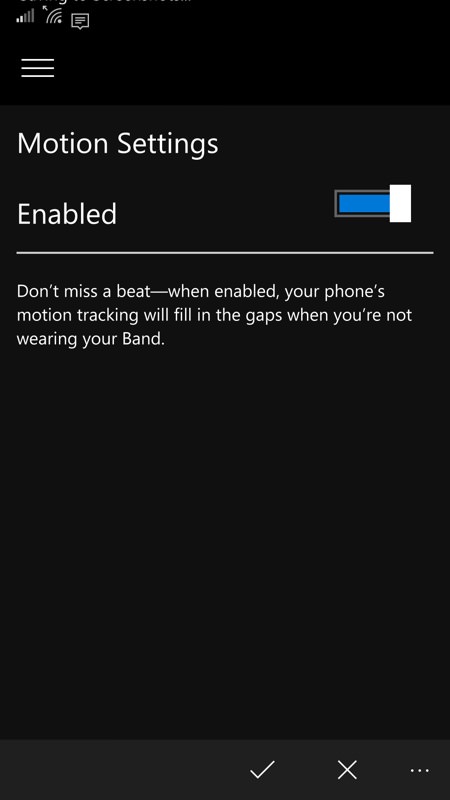 Install Microsoft Health and then look at the bottom of the 'hamburger' menu - tap on 'My phone'; (right) flip this toggle on (it's disabled by default, since Health is assuming that you'll be using a Band) and then you've hooked it up to the smartphone's Sensor Core (via the 'motion data' software that comes with Windows Phone). 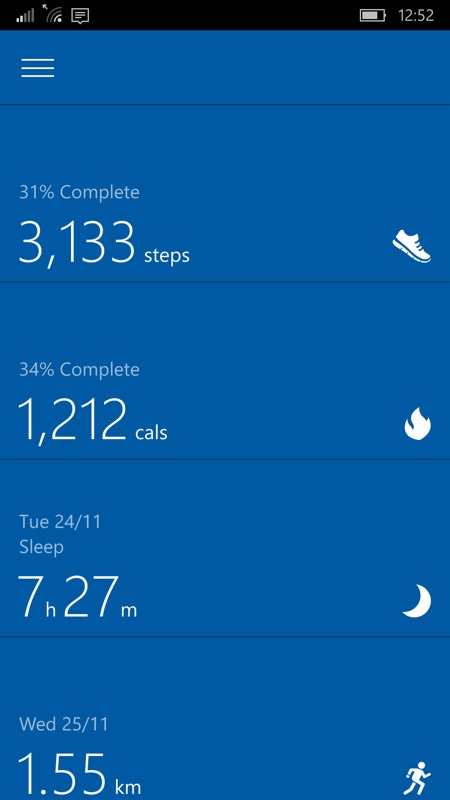 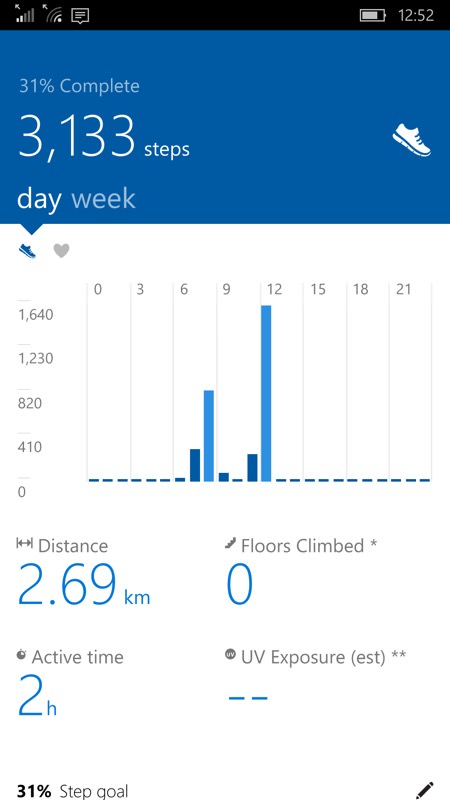 Now just go about your daily business/activity/exercise and, at the end of the day, you'll get a read out of steps and calories, including this hourly chart. Of course, sleep, floors and other stats are not applicable here (in my case left over from my last session with a Band).

There's a big caveat for all this - although steps are counted in real time, they're not sent to Microsoft Health as such. To save power, the application refreshes its data every so often (every 20 minutes?). So, after finishing a walk, for example, don't expect to see the new figures immediately. They'll pop up the next time the background agent runs and queries the chipset's Sensor Core. But all this is fine if you're just after casual fitness tracking. For anyone serious about real time pace, heart rate, and so on, you definitely still need a Fitbit or a Band 2.

However, if your fitness needs are modest (just steps, distance and calories burned), there may not be a need to buy and wear a Microsoft Band (or similar) after all. Who knew?

Update: interestingly, that menu option ('My Phone') doesn't seem to be there for some devices (oddly) unless you've previously used a Band. Any Band. Which kind of defeats the purpose of the function. Look for an update to Microsoft Health in the coming weeks - surely this needs to be visible on all compatible devices all the time now that Microsoft has abandoned the ONLY other native app which talks to the 'motion data' system and Sensor Core?? Just bizarre.

Anyway, you can download Microsoft Health here. Once it's fixed up by Microsoft, hopefully the above technique will be useful to you!

PS. Don't forget the original Band, now widely discounted as low as £50. Worth a punt, to get started with all this?

Filed: Home > Flow > Have a smartphone with 'Sensor Core'? Microsoft Health may still be for you!