You'll have seen my video shoot out between the Lumia 950 and 1020 yesterday. One of the minor points raised was that the stereo mix was all messed up on the Lumia 950, but it turns out that this is due to a small design flaw in the design. Credit to AAWP regular Paulo here, I've quoted from his blog write-up below.

I've recently saw a Lumia 950 video from Steve Litchfield (from All About Windows Phone) and I couldn't help but notice that the audio from the left channel was almost muted. To my surprise, mine was actually more or less facing the same issue.

Suddenly I felt like I was about to face the same problem I had with my Lumia 930 and its failing microphones (please make a quick Google research if you haven't heard about this issue). I had two Lumia 930s replaced under warranty due to defective mics.
When I was almost giving it up, I decided to remove the back cover to make a closer inspection of the microphone region. Then I discovered what might be one of the most stupid design flaws I've ever seen on my life. Take a look at these pictures:

See the rubber ring just beside the flash unit on Picture 1? That's the protective element of the left microphone. And here's where the going gets rough.
The problem with this kind of element is that the glue holding it in place is not that rigid. When the phone gets warm, the glue becomes even less rigid, allowing the element to move. This movement, by its turn, might lead it to get in the way of the microphone membrane, ultimately making it capture less sound than it should do.

My 950 was the same, or even worse. The microphone hole on the body of the phone is covered by a circular bit of double-sided tape and a small circular rubber ring, as shown above. On my 950, the ring had slipped by the full radius and the ring's body was completely covering the microphone hole. No wonder my left channel was all screwed up!

I tried to reposition the ring, but it had slipped months ago, it seems (I don't take that many videos so hadn't noticed!) and wasn't budging, so I scraped both the tape and ring off and discarded them. 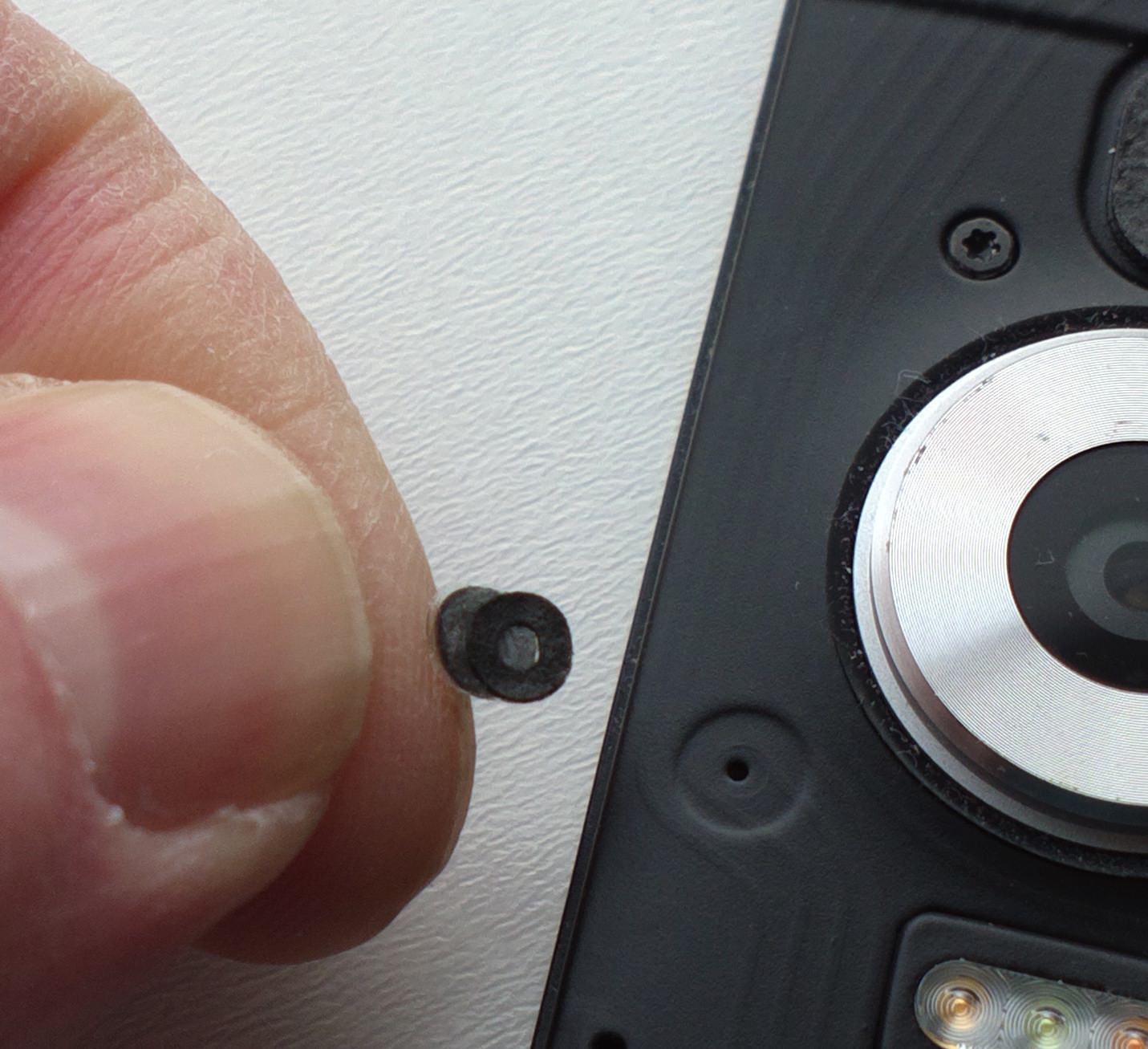 The next question is, what was the purpose of the ring? My guess is to stop left channel sound creeping underneath the back cover and mixing with the right channel sound, being captured at the other end of the phone. But if the seal is still present on the latter (which it is) then this shouldn't be a problem, surely?

Or maybe the ring is partly a mechanical thing, to help stop the back cover flexing? Yet it's so close to the camera surround that this spot doesn't need supporting....

Comments welcome from other Lumia 950 owners - what's your left microphone seal like? And can you think of any downsides to doing what I did and just removing the ring altogether?

Postscript: I just couldn't help myself. Decided to go a little more DIY. I had some of that cheap in-car ultra-grippy material lying around - it was about the right thickness, it was heavily porous (i.e. has lots of holes) and was compressible. So why not cut out a little square of this: 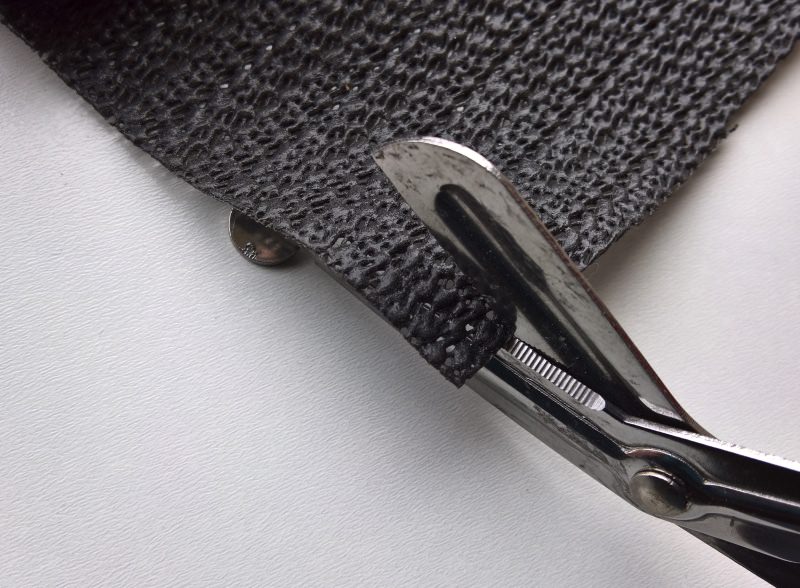 I didn't want to stick this to the phone itself in case I got glue (Prittstick) in the mike hole, so decided to stick it lightly (just enough to stop it moving around) to the inside of one of my Lumia 950 back covers: 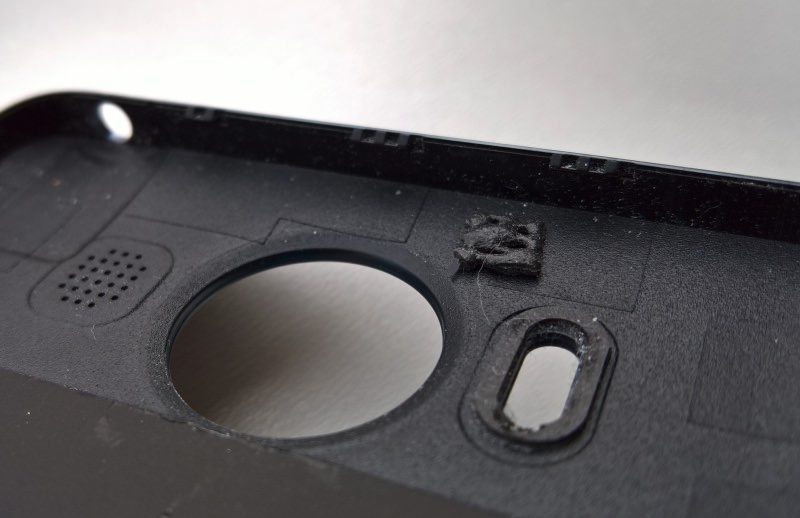 Fits perfectly, provides some mechanical support and some audio baffling. Now to head out to another music venue to test it!

Postscript: testing this with loud music shows that volume is now sorted out, but I'm still getting some unexplained 'scratching' in this channel. It doesn't sound mechanical (i.e. fingers on case) - it sounds digital, as if there's a software glitch too. Further testing reveals that the presence of a foam baffle on the right microphone and not on the left one produces issues with the capture and cancellation routines. I've reported this to Microsoft, but in the meatime just take off the foam baffle from the right microphone too, so that things are balanced again and then the glitches are gone. Complicated this audio capture isn't it? (Or just go back to your Lumia 930 or 1020, which had none of these issues....!)