'Flat' is a word which had distinct negative connotations in most reviews, implying lack of any real emotion or selling points. However, when talking about smartphone earbuds, 'flat' is just about perfect, referring to the frequency response, so that bass, middle and high frequencies are all reproduced efficiently and accurately. Such is the case with the rather wonderful ADV.SOUND M4 (and yes, the manufacturer name is supposed to be in all caps, with a period in the middle!), more accurately described as 'in-ear monitors' - with no enhancement or tuning beyond what's actually in your music files, they make great reference headphones for a musician, for example. The ace in the hole turns out to be the supplied 'Comply' memory foam tips though, which are stunningly innovative.

The ADV.SOUND M4 headphones sit at around the same price point as the ROCKJAW Arcana V2 that I've previously reviewed - so in the £30 region, and this is significant. You pay £10 for headphones (or use the ones in the phone's box) and you get 'meh' performance in terms of accuracy - usually there's no sparkle at the top end and little bass at the bottom. At the other extreme you might pay hundreds of pounds and you get studio-quality perfection, but surely there's got to be a middle ground. And there is - it's this £25-£35 price point where you're paying enough to get decent design and quality, exemplified here by the M4s. 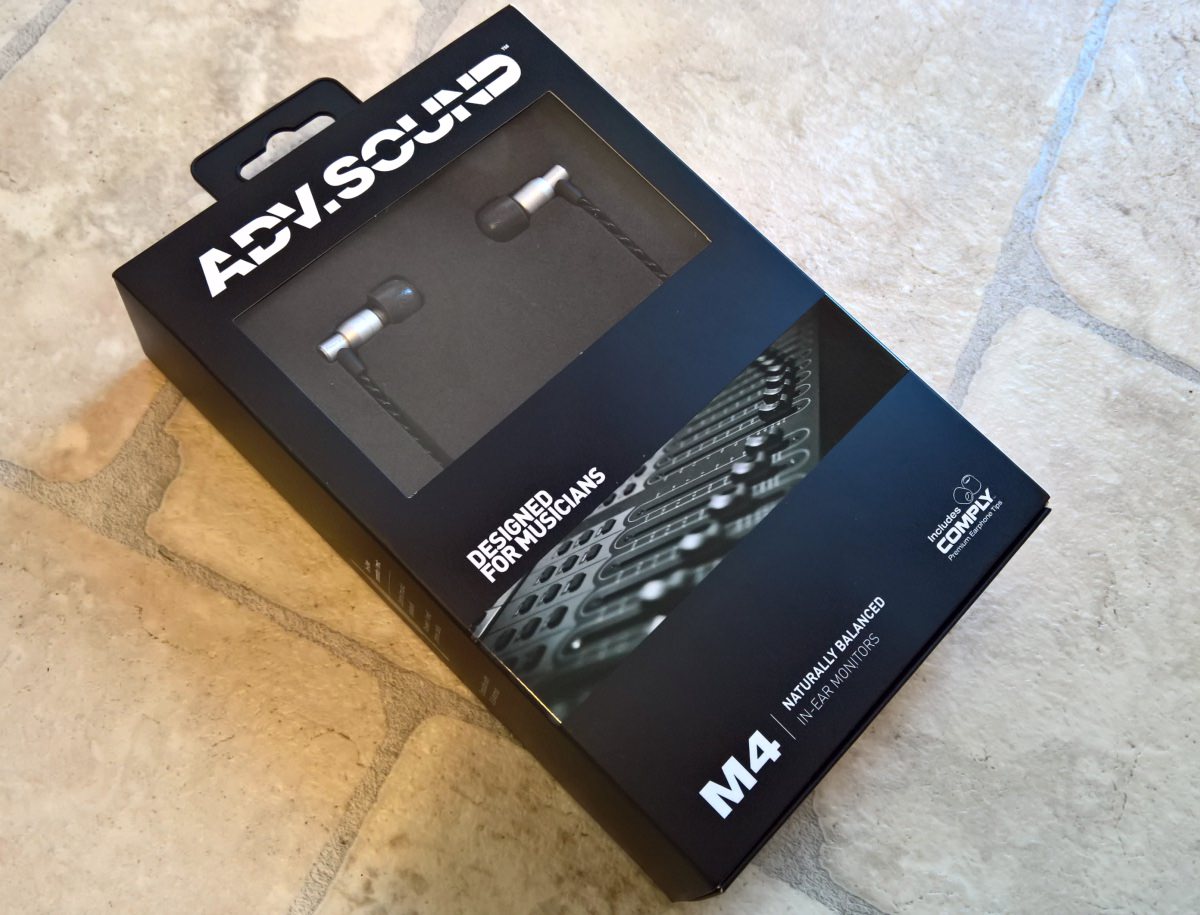 The packaging is premium, with a box photo that instantly gets across the target market - though in practice anyone who appreciates good music reproduction will like these.

You get the aluminium in-ear monitors themselves, plus a carrying case stuffed with no less than 9 alternative sets of 'tips' (3 colours in 3 sizes!), but the default are the terrific Comply tips. These are made from a type of 'memory foam' - you'll have seen this on sofas, armchairs and beds, no doubt. Press it in as hard as you like for as long as you like and it recovers to its original shape.

The Comply tips here are similar - they look too large at first but then you read the instructions and realise that the idea is to roll these with your fingers, squeezing each into a smaller cylinder - you then insert it into the ear canal and wait - around 15 seconds is recommended. The Comply foam is expanded by then to as large a diameter as it can, in theory perfectly sealing your ear. 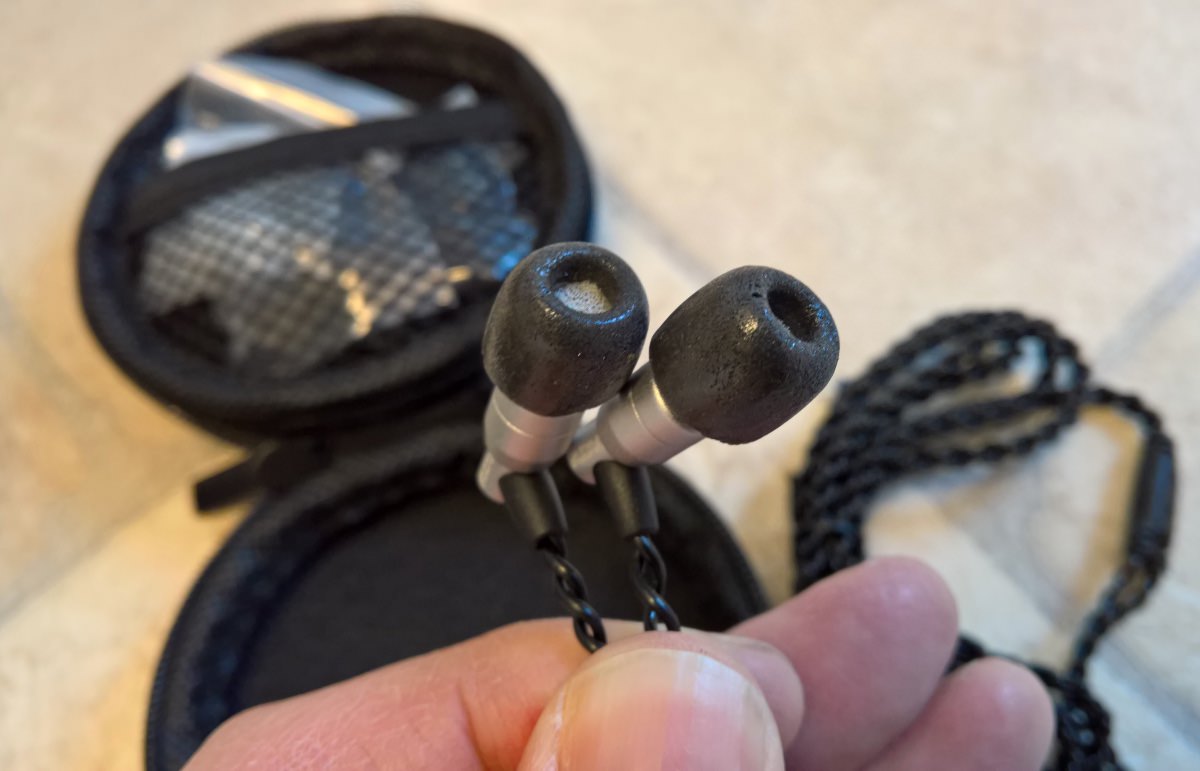 The sensation and feel in the ear is a little odd at first, but you soon get used to it (feeling 'fuller' than with normal silicone tips) and the idea is that these earbuds fit to well that they won't fall out while exercising. I'm not altogether convinced by this - they're still easy enough to pull out when you need to - but they're certainly a very good fit, by definition. They also cut out external noise very well, so there's no real need for active noise cancellation. Or you can try one of the 9 other tips, made with more standard silicone, if you prefer.

But onto performance. Despite the usual (yada yada) 'Compatible with iOS and Android' on the box, the M4 headset works flawlessly with Windows Phone and Windows 10 Mobile in terms of call management and playing/pausing playback.

Across a range of music, as teased earlier, the response in the ears is absolutely 'flat'. There are no efforts to artificially emphasise any particular frequency, you just hear bass notes, middle and treble with perfect accuracy. While this won't necessarily please 'drum 'n' bass' fans (etc.), it does mean that you're hearing music the way the artist probably intended it to be (e.g. listening in the studio on reference monitors).

In contrast to the ROCKJAW Arcana v2, which I also love, the M4 doesn't have quite as much bottom and top end, but then that probably just reflects the way I like my frequencies - I'm always turning on the 'Rock' setting on any equalisers I come across - purely artificial of course, but we're deep into the realms of subjectivity here.

The twisted cord design is demonstrably less likely to tangle, which is good, and the M4 felt very solid (especially with those initially large Comply tips). I've seen RRP for these of up to £60, which in itself wouldn't be outrageous, so the current street price of around £35 (sent in for review here by Mobile Fun) seems particularly good value.