Microsoft is playing an ambitious but cautious game with Groove Music under Windows 10 Mobile, with a long 'beta' programme using the Windows Insiders on the Fast ring as testers. Today brings v3.6.2397.0, with changelog below. Top of the improvements list is probably the ability to refine Your Groove playlists, plus being able to correct album meta data on the fly.

Here's the rough changelog for Groove Music v3.6.2397.0 since we last featured it here a month ago:

Some screens of the new Groove in action: 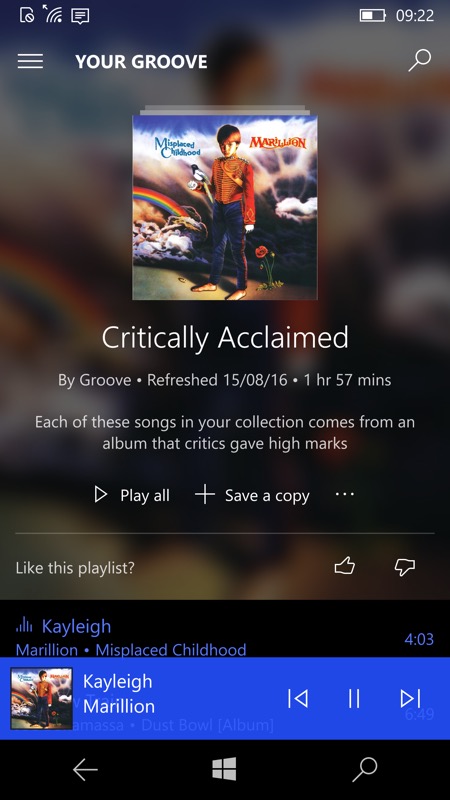 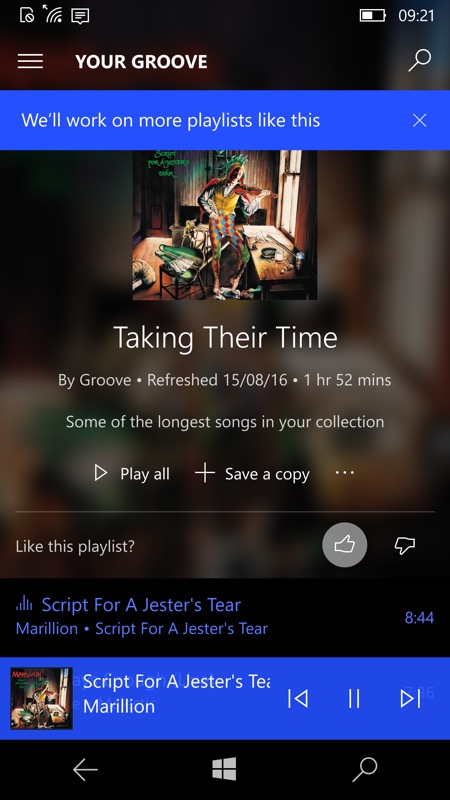 Rather than jumping straight into a playlist, if you tap on its title you now get a summary, including the ability to 'like this playlist'. Or 'dislike' it, of course, use the thumbs up and down icons. The idea is that the AI behind the playlist generation picks up cues and refines what you like and dislike, presumably in terms of artist, duration, genre and variety. 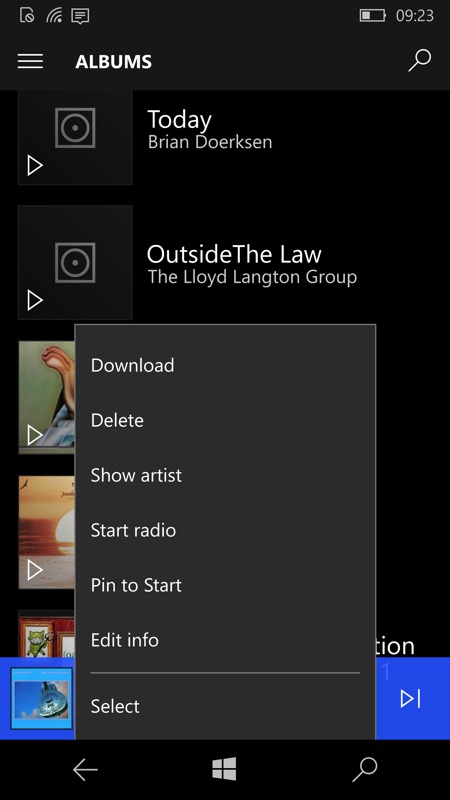 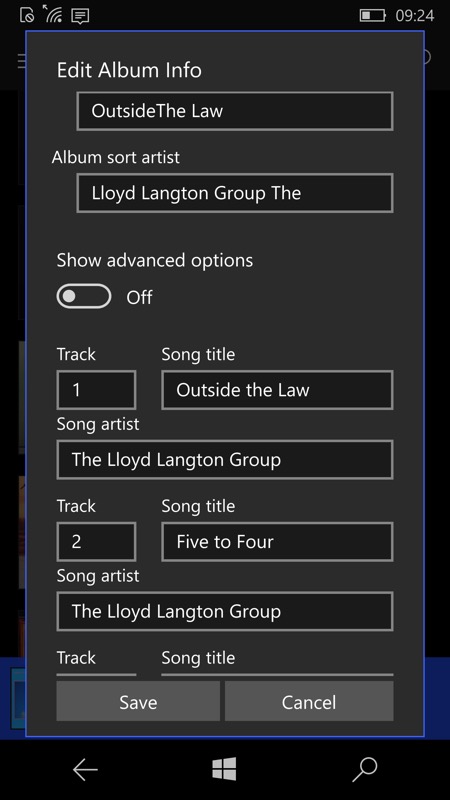 You can also long press tracks and even albums, choosing 'Edit info' to edit the meta data directly, as shown. Hard work perhaps, but if the music on this phone will be your 'master' then why not?

Update it in the Store in the usual way, if you're on the Insiders 'Fast' ring.