Microsoft should be putting Windows 10 on phones?

Greg, over at MSPU, penned an interesting editorial over the weekend, saying what had previously been considered unthinkable: that Microsoft should put the full Windows 10 on a phone (well, a 'phablet', but still....) With Microsoft itself saying that it wanted to break new ground and produce something that changes the way people work, maybe this isn't such a crazy idea after all? After all, as Greg points out, there are already 7" tablets running the full Windows 10 (Home Edition), so why not take that down by 16% and put this onto a 6"-screened phone (think HP Elite X3/Lumia 1520 size)? And with the bonus that legacy x86 applications would be supported natively, albeit with some UI constraints. Interesting... 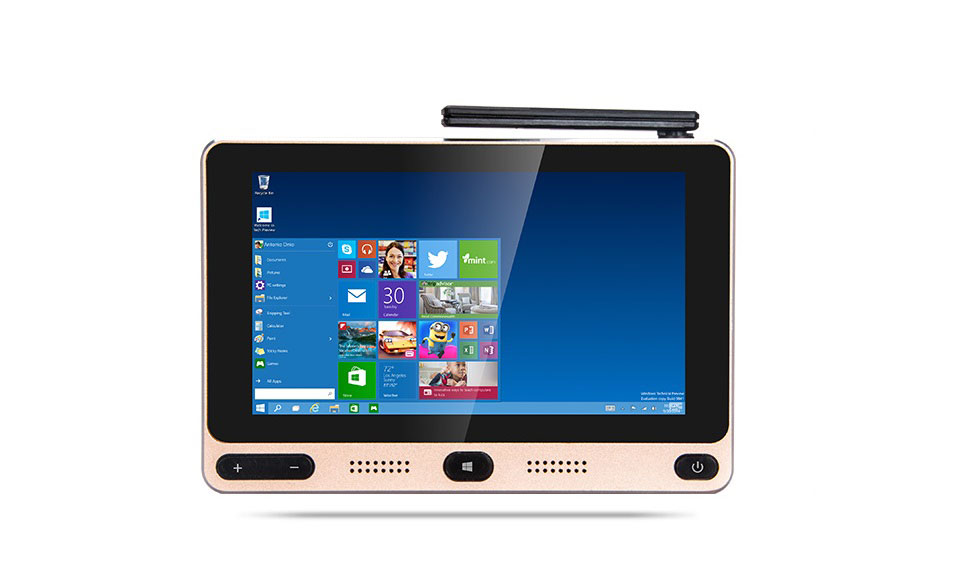 ...Other than committed Windows fans, most phone users don’t even know that there’s a version of Windows 10 for phones. And when they find out that there is, they assume its the same edition that’s running on their computer at work. Well why not give them what they want? Why not put Windows 10 Home edition on mobile hardware? Microsoft has already lost the war for mobile marketshare, but holds steadfast to the lead in the PC division. This is what Microsoft needs to use to its advantage. Merging the Windows Store was the beginning. If market share was the problem, we should start seeing more UWP apps hit the Windows Store. By eliminating Windows 10 mobile and focusing on explicitly focusing on Windows 10 for PCs/laptops/phones, you shake the negative connotation that W10m has garnered over the past few years. UWP apps already run on all platforms, and features like continuum would really be useful, allowing you to dock your mobile device to any external screen, using Windows 10 on a larger screen, while having use of ALL of your apps and information. A landscape start screen would actually be an implemented feature instead of a suggestion on Windows Feedback. Windows as a platform would experience an increase in market share. And no matter what Microsoft wants to believe, mobile computing is the future, and Redmond needs to take advantage of its leading position while it still has one to claim.

...Imagine a Surface Phone with a 6.0-6.5 inch display, 4GB of RAM, 128-256GB ROM, Intel processor, stylus, an optical trackpad akin to the Samsung Omnia, a full size USB 3.0 port (or maybe just USB OTG), and full blown Windows 10. None of these specifications are far fetched, as modern day flagships already have similar specs. But the niche feature for the Surface Phone would be the ability to run x86 programs, with the stylus and trackpad for assistance. And even a typecover like case could be implemented. Now before you get to complaining about x86 programs running on a 6.0 or 6.5 inch mobile device, remember that there are 7.0 inch tablets that run the full version of Windows 10. I’ve used these devices, and x86 program run and work just fine on touch, a stylus or trackpad would only make it more efficient if anything.

There are already mobile devices that are attempting to do exactly what I’ve described above, but none have reached the market as far as I know (the device pictured at the beginning of the article is Gole 1, a mini PC, not a phone). However if you check on Kickstarter and Indiegogo, you’ll find multiple devices attempting to bring Windows 10 to mobile devices, they just lack one thing; the backing that a company like Microsoft has.

You can read the whole editorial here. Very interesting indeed. Maybe the line between ARM chipset devices and those with Intel (etc.) is destined to be erased after all? That would seem somewhat fitting in this world of OneCore and Universal Windows Platform applications, and I'm certain that Windows users don't really care what chipset and architecture powers their portable devices.

Comments welcome, though. This could run and run. And could well be the way the rumoured 'Surface Phone' goes, despite my own predictions.

Filed: Home > Flow > Microsoft should be putting Windows 10 on phones?