The Acer Liquid Jade Primo in the UK Microsoft Store

Yes, just catching up with this one from earlier in the week too, the Microsoft UK Store (and doubtless other stores worldwide) are now selling the Acer Liquid Jade Primo - finally. It has been a YEAR since it was announced - an eternity in the mobile world and ensuring that the Jade Primo arrives looking a little underwhelming for £449 inc VAT in the UK. And remember that lack of NFC for mobile payments, that'll come back to bite Acer. Plus there's still no sign of the Liquid Extender. Sigh. 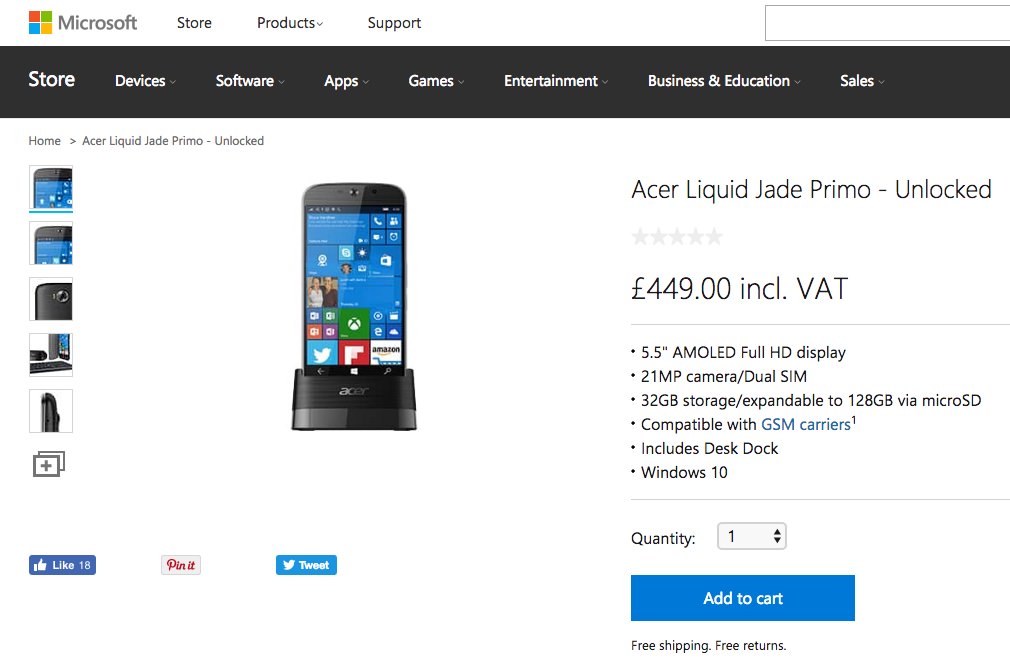 Still, at least you can now buy the Liquid Jade Primo, with its ubiquitous dock. The price isn't outrageous, especially since it includes the Continuum Dock, but it does look expensive compared to the current fire sale prices of the Lumia 950 and 950 XL, both of which are higher specification and often with a dock offer too now....

Plus, as mentioned above, there's little that makes the Jade Primo stand out anymore, and with some omissions, of which NFC is just one.

Still, here's a reminder of the basic specs: