'Cast to' UWP replaces the old 'Nokia Play to'

Anyone remember Nokia's original 'Lumia Play to' DLNA player, back in the day? The idea was to 'cast' media across to DLNA-compliant TVs and computers, wirelessly - and on the whole it worked, though DLNA itself has never really emerged into the mainstream, no thanks to the likes of Apple and Samsung producing proprietary solutions rather than pushing the standards. And now we're into a world with Chromecasts and (on AAWP) Continuum connections - there really have never been more ways to get media streaming from one device to another, all working in subtly different ways. Ah well - here's a new UWP app, 'Cast to', aiming to be a DLNA media caster, pure and simple.

The most important "killer" feature of this app (comparing to "Lumia Play to") it's a descending sorting of the most recent pictures and videos (this is a main reason why I created this app!). Second, "Cast to" has an advanced slideshow ability: you may show not just a pictures OR videos but all your media together, one by one. But it's not all: you may choose sort mode to older items first.

This is an Universal Windows application so it's available and work on all your Windows devices: Windows 10 Mobile phones, Windows RT & Windows 10 tablets and even on your PC.

I gave it a quick whirl, though it's harder to find a true DLNA media destination in a modern household than you might think! 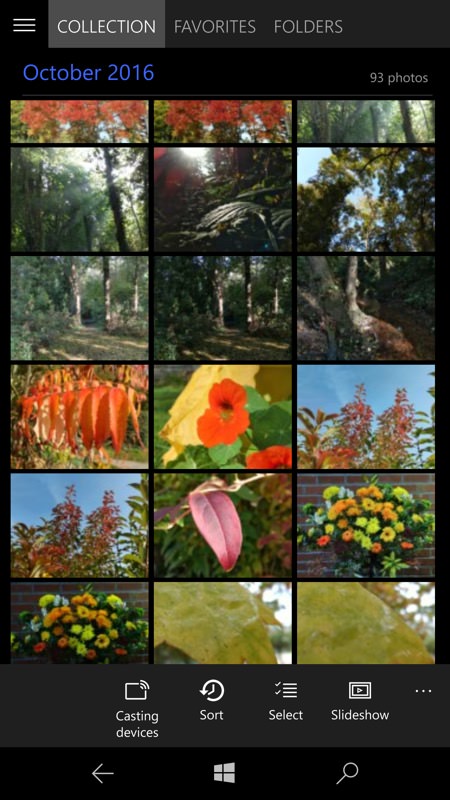 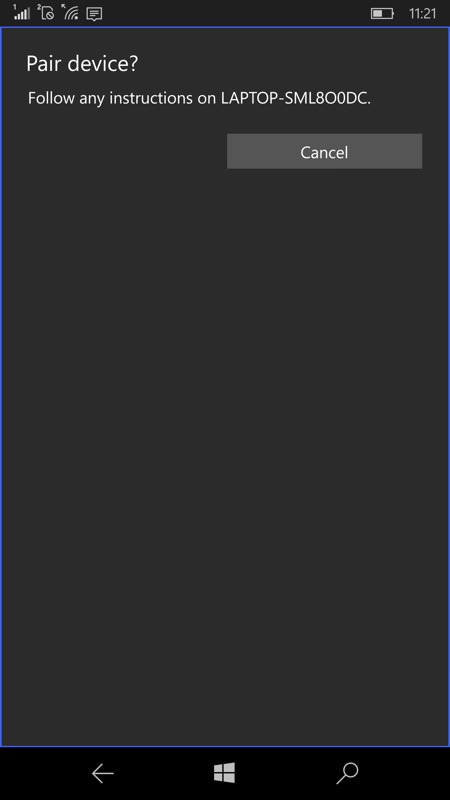 Cast to's media gallery is indeed sorted by date, in similar manner to Windows 10 Photos and with similar presentation - see the controls at the bottom if you want something different. 'Casting devices' leads to Wi-fi and Bluetooth discovery of any DLNA-compliant outputs near you. 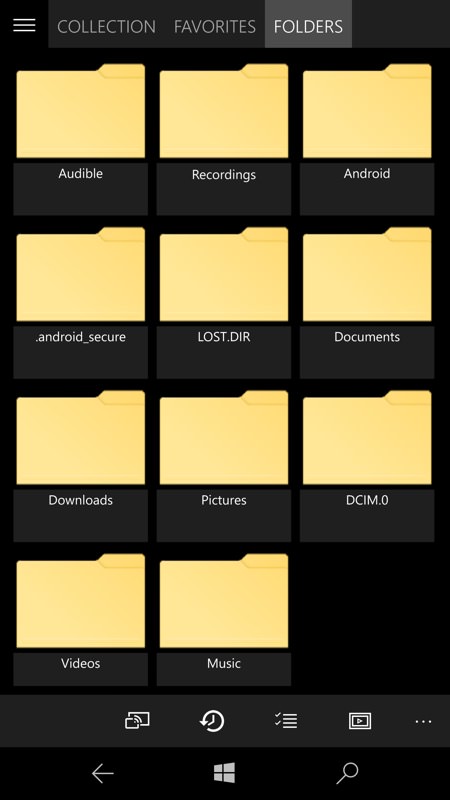 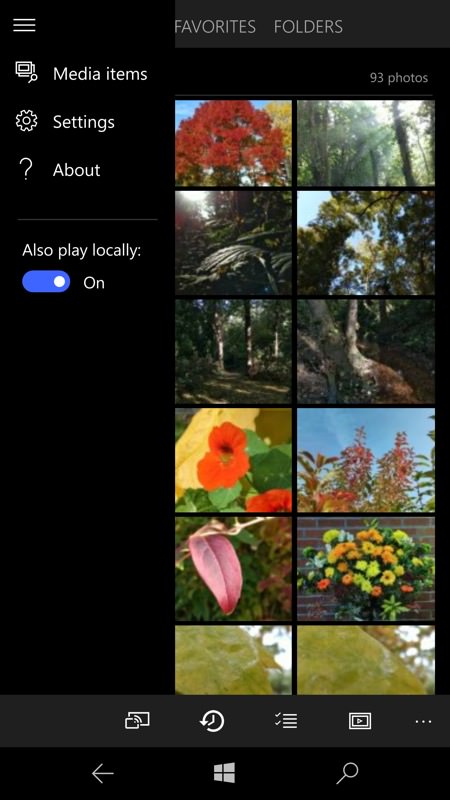 The 'FOLDERS' view naturally lets you browse around your internal memory or card storage, as needed; (right) the hamburger menu is minimalist, but does allow you to turn on local echoing of played media and displayed photos, which often helps in controlling a show... 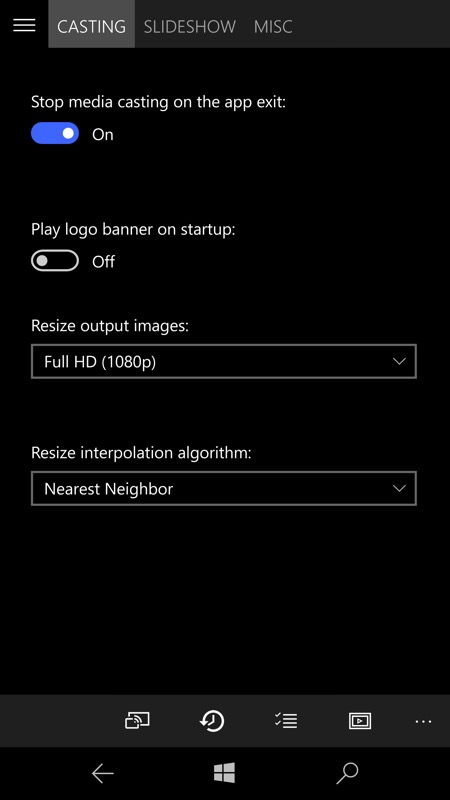 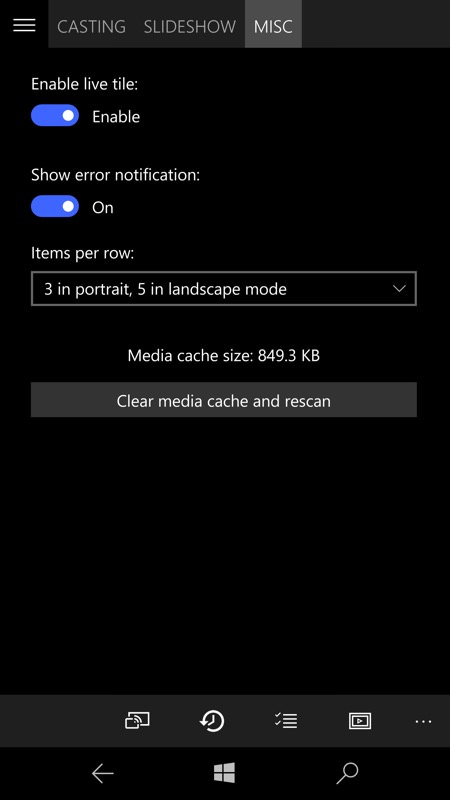 There's plenty configurable in Settings too, including auto-disconnect and auto-resizing of streamed content (helpful if you've been shooting video at 4K, I imagine), plus a facility to clear the app's temporary files and regain any disk space used.

You can buy this for £1.50 (approx, UK) here in the Store. 'Cast to' didn't work fully for me, but I'm not blaming the application itself - my own home environment is a hotch potch of a dozen brands, systems, OS and ecosystems. When something like DLNA doesn't work for me, the blame could lie anywhere!

Of course, if you have a Lumia 950/XL or Elite X3 or a number of other Continuum-capable smartphones then you can just stream straight to your connected Continuum display without needing special DLNA requirements at the latter's end. Plus all the other advantages of using your phone 'on the big screen'. So consider 'Cast to' a fallback option for people with no Continuum facilities.