This is a game that has existed for several years and now spans not only all Windows Phones (specs permitting), but desktops, iPhones, Android, and so on. Recently updated, Future Tanks is a Massive Multiplayer Online game, in which you battle other players with their own tanks, abilities, character and tactics. All in real time over your phone's Internet connection. It's tremendously impressive and either tremendously expensive or tremendously difficult, depending on your attitude to freemium in-app purchases.

TANK BATTLES OF THE FUTURE

BATTLES IN THE FAR CORNERS OF THE UNIVERSE

You get the idea. It's huge, it's ambitious, and boy is it difficult. Here's Future Tanks in action: 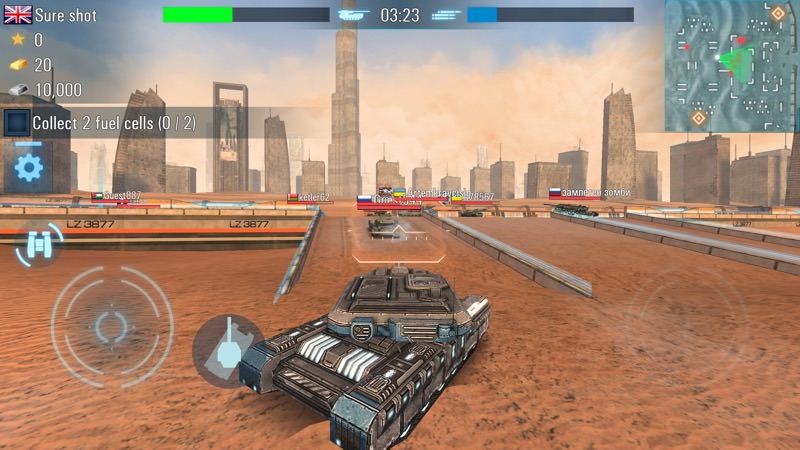 After a one minute controls tutorial you're thrust into the action against real world opponents. Which is part of the problem, but I'll come to that. In the meantime, the graphics are incredible - super high resolution, super-high quality, with a 3D world (e.g. try riding your tank over a hill or ramp), intuitive controls and plenty of action at every turn. 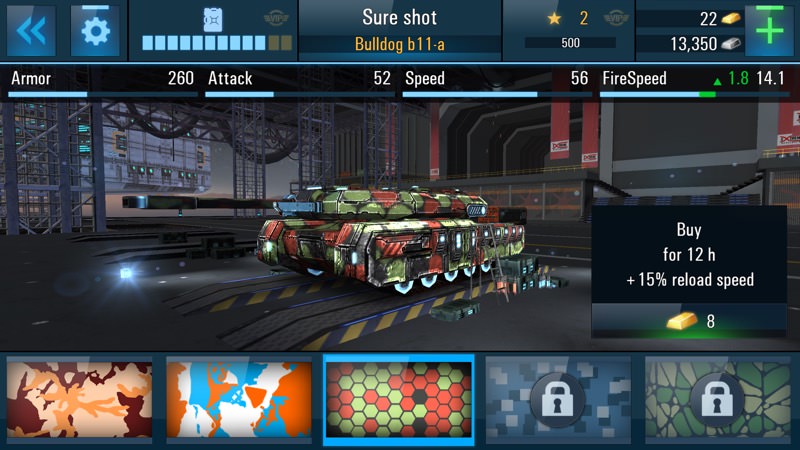 Back at base, you won't be surprised to learn that the secret of success in Future Tanks is to build up your vehicle, with better speed, a more powerful gun that reloads more quickly, and - yes - having fun customising the look of your tank. Also note the pop-up offer on the right. In addition to the one-off purchases of new gear using in-app currency, there are also in-app rentals, i.e. the upgrades disappear after a certain number of real world hours. And I can't decide if this is a masterstroke of game mechanics or a greedy money-grab by the developers!... 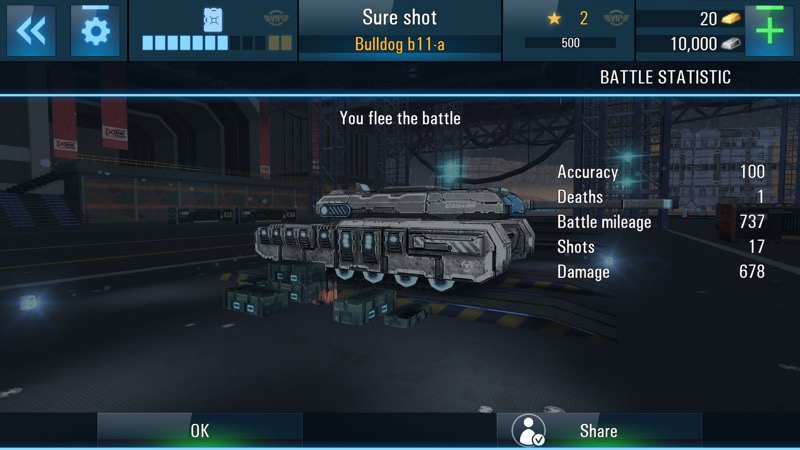 The problem is that, despite excellent driving and shooting (in my opinion), see the stats here, 100% accuracy and I still got killed within a minute or two. It's just as in Dogfight Elite, you're effectively up against players with much greater upgrades and experience and you'll have to work hard and also spend hard (with real money) in order to start making good progress. 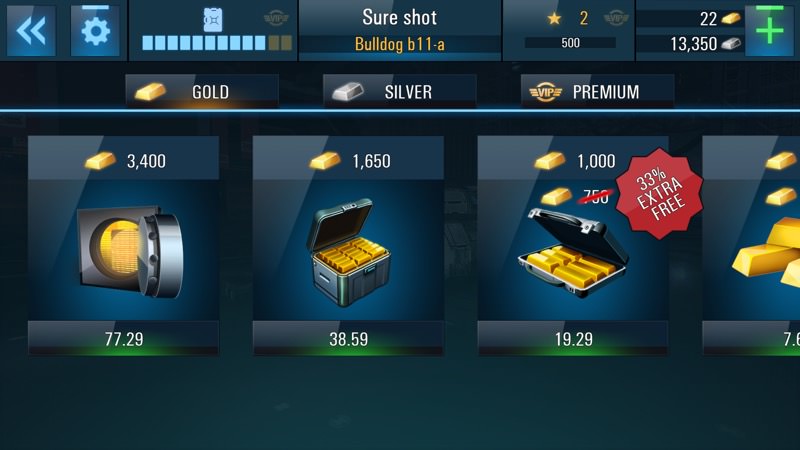 The developers even go so far as to put the most expensive in-app-purchases first. That's £77.29 first in line. This is a game on a phone and yet again I feel the lack of a sensible spending cap has ruined a potentially good game. 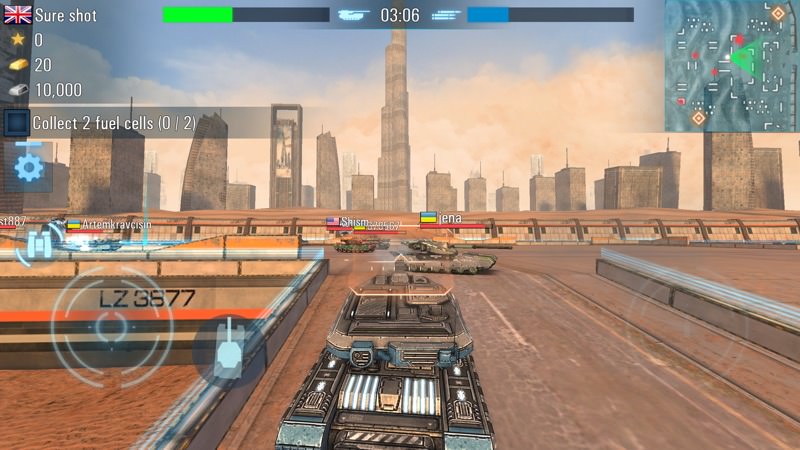 You can't fault the gameplay though. Screaming along, swinging your turret round to fire at an angle, even ramming opponents to unsettle them, it's all action, all the time. Note the various HUD items - a targetting sight for the gun, a map of the current level (top right) and confirmation of any side objectives (e.g. picking up fuel cells or repair kits by running over them).

You can grab this for free in the Store - just go easy on those In App Purchases in your attempts to win out survive, unless you're the one ultimately footing the bill!