Alcatel brings the IDOL 4S Pro to Europe and beyond... in June

As expected in several recent features, Alcatel has indeed announced the IDOL 4S with Windows 10 for Europe and the rest of the world - except that the name has been simplified, thankfully. The flagship will now be called the IDOL 4 Pro and is expected in June 2017. Quite what the delay is I don't know - surely it can't that long to change the chipset round to non-North American frequencies?

This week at MWC, Alcatel finally announced the long expected availability of the Windows 10 Mobile powered Alcatel Idol 4S. It will be coming to Europe this June following “high interest of Windows 10 fans and enterprise smartphone users” and has been rebranded the Alcatel IDOL4 Pro (Its original leaked name).

For those unfamiliar with the specs of the IDOL4 Pro its a 5.5 inch Full HD (1080P) AMOLED display. Internals wise, the device packs a powerful combination of the Snapdragon 820 paired with 4 GB of RAM making It one of the most powerful handsets to run Windows 10 Mobile in a year. It also comes with 64GB of storage, SD Card Support and a decent 21 megapixel camera. When it comes to looks, it adheres to the modern smartphone trends of a metal and glass sandwich with a glass back and gold accented metal trim around the sides.

It’ll set you back about 599 Euros when it first releases in June.

Alcatel’s IDOL4 Pro looks like a decent handset for Windows phone fans who want something a little more attractive than the HP Elite x3 and more modern than the aging Lumia 950 XL. While its pricing does not compete favourably with other handsets coming out in that timeframe like the LG G6, Samsung Galaxy S8 and HTC U Ultra, none of those devices run Windows 10 Mobile. For Microsoft’s loyal fan base, that’s all that matters.

Good to see, even if it's quite a wait - and will then be around a year since we first saw the (higher specced!) Android version - wow. Still, the specs remain relevant, especially in the hardware-starved Windows 10 Mobile world now that Microsoft has pulled the plug on first party hardware for the time being.

Pricing is to be fully confirmed, though 599 Euros will translate to £499 in post-Brexit pricing in the UK, including VAT. Not a showstopper for W10M enthusiasts  looking for a genuinely premium device in the hand, but a little galling given the screen and camera specs, both of which are way lower than the (then) almost two year old Lumia 950 XL. Ah well...

Make sure you check out our own IDOL 4S review here, based on the North American SIM-free version. 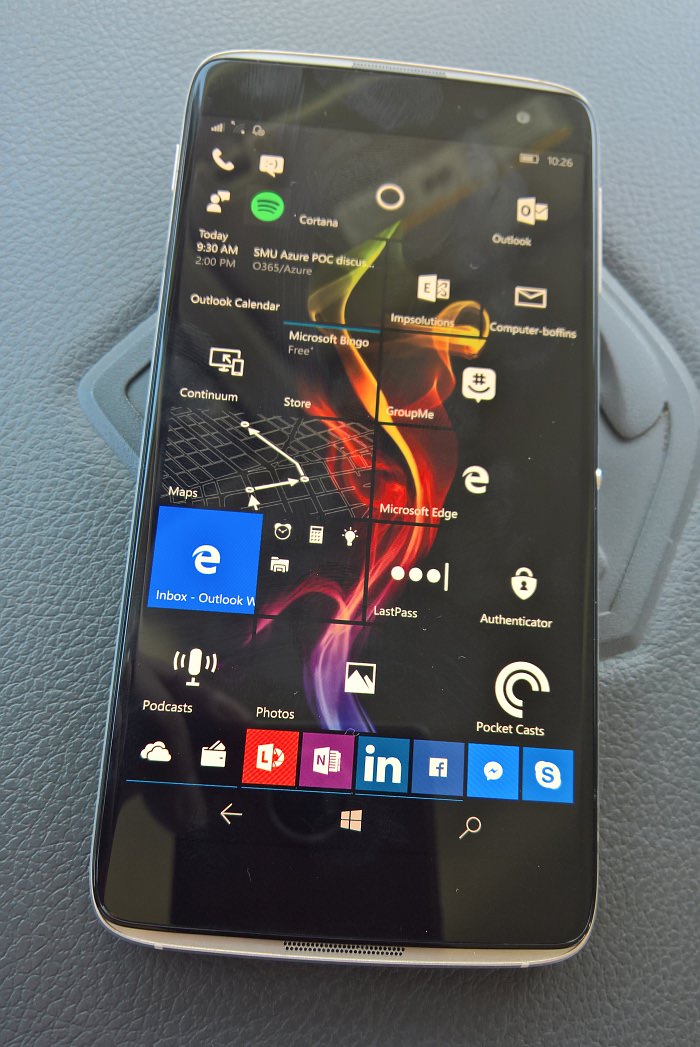 Filed: Home > Flow > Alcatel brings the IDOL 4S Pro to Europe and beyond... in June