The Alcatel IDOL 4 Pro now official at Microsoft in Europe

We've seen the Alcatel IDOL 4 Pro, the latest Windows 10 Mobile flagship (the Elite x3 was the last, a year ago) in Europe, up on a random German web site before, but it seems that things are now more official, with Microsoft UK, France and Germany's site also now listing the IDOL 4 Pro for sale, and at a much more sensible price, with availablility/shipping on July 26th.

Here's the current listing on the German site: 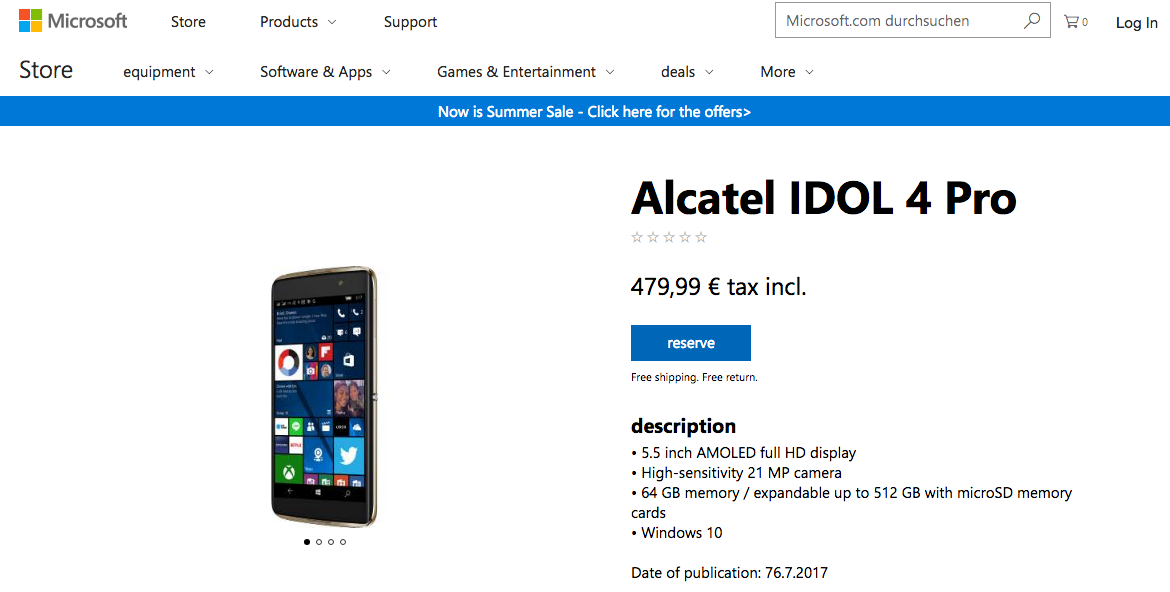 480 Euros is about £420 in the UK, which is still expensive for a Snapdragon 820-powered phone in mid-2017, though it's now at least within striking range of what enthusiasts might pay. Plus, as with the Elite x3, if there's a business angle here then there's every chance that buyers can 'expense' the device away anyway, plus get the VAT back (in the UK), so it's then about £350-ish.

A reminder of the IDOL 4 Pro's specs':

There's no sign of the VR visor that shipped with the Idol 4S with Windows 10 that shipped late last year in the USA and which we reviewed here. Again pointing to business functionality more than this being for consumers - those speakers are presumably just as good for important speakerphone calls as for consumer video playback.

The shipping date (note that the screen above was auto-translated from Microsoft Germany) contains a typo and is actually 26th July, a Wednesday - and confirmed as such by the France and UK listings. We (AAWP) have a unit coming and will bring you a full review in due course. 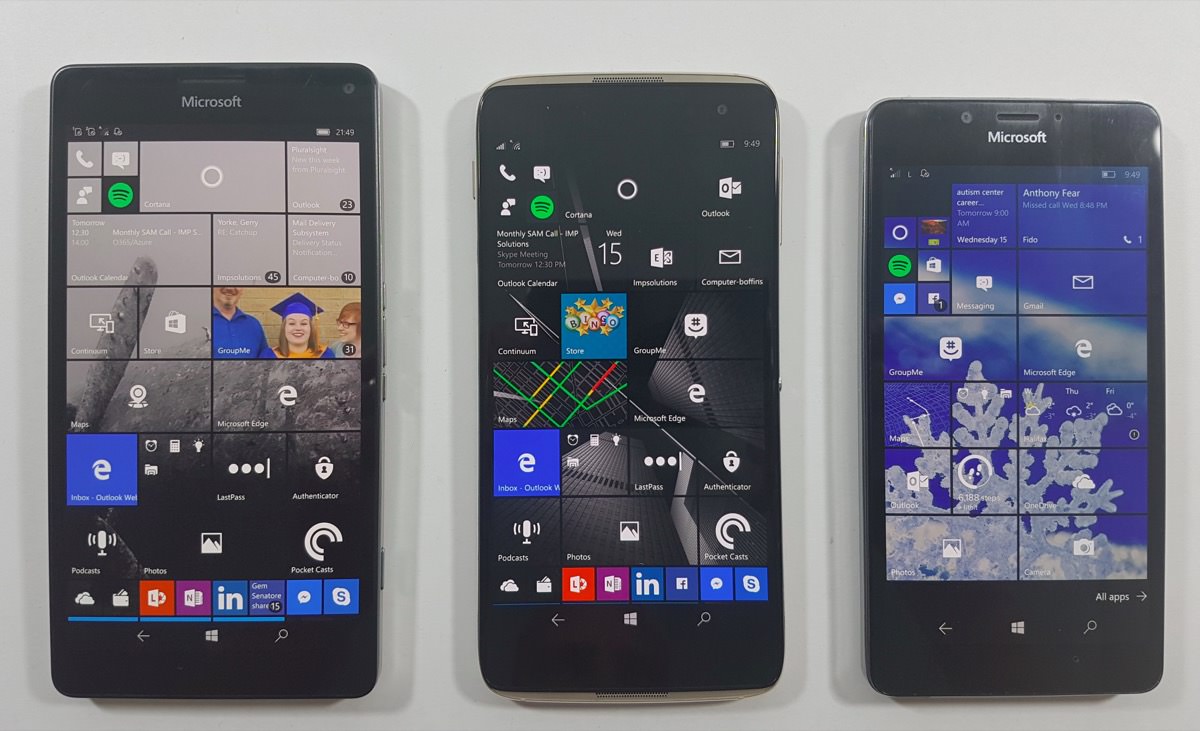 The IDOL 4 Pro (actually the 4S here, but they're effectively identical) sandwiched between the Lumia 950 XL and 950... (photo: Anthony Fear)