8 Zip has been the go-to compression and decompression tool for Windows Phone for years - and it was one of the first apps to become a full UWP application. In recent updates, it has added full support for the Creators Update branch and I've just spotted that for the next five days at least, it's only 62p, instead of the usual £12 or so (or local equivalents). Grab it while you can.

In fairness, there's always been a 'Lite' version of 8 Zip that's free, but still... 62p! Essentially, the full version lets you work with a vast array of compression formats, not just ZIP files.

Here's a summarised changelog of the updates to 8 Zip in the last 12 months, to give you an idea of the developer's efforts:

Some example screenshots of 8 Zip, the UWP app, in action on my Lumia 950 XL: 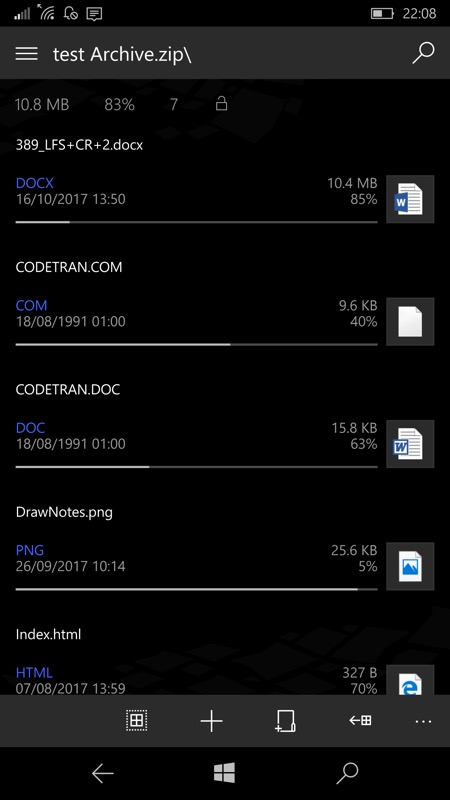 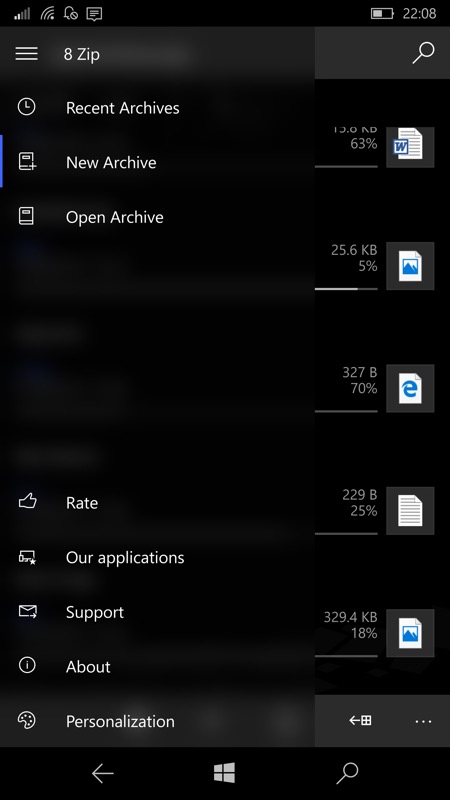 Creating a new archive, with files and folders from all over my phone - each is shown within the archive, with original file size and the compression ratio achieved; (right) note the subtle transparency effects on the hamburger menu - they're more dramatic with a more colourful theme! 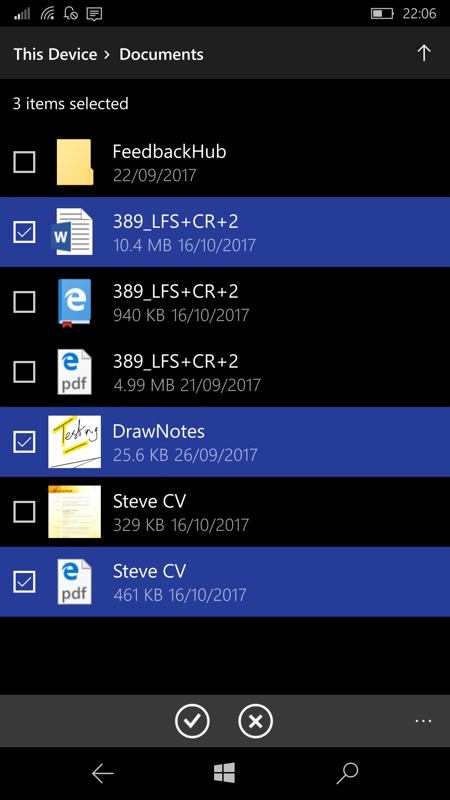 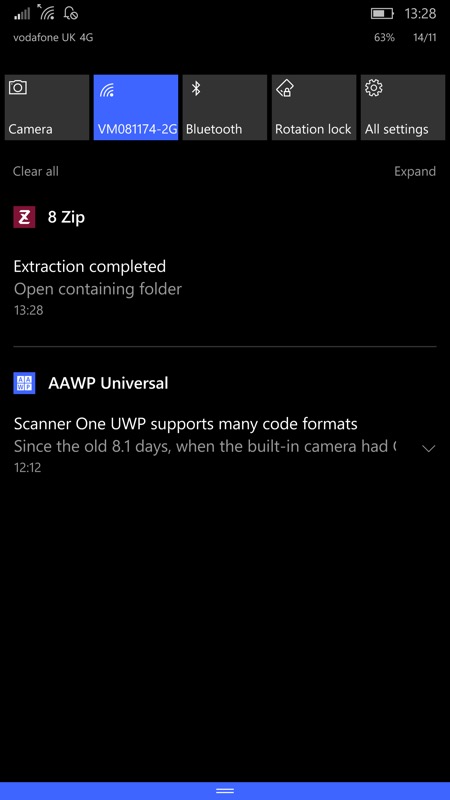 Selection of files to be added to an archive is done with the standard Windows 10 Mobile file picker; (right) notifications are pushed for completion of compression or extraction (useful if you're dealing with a lot of [or very big] files) 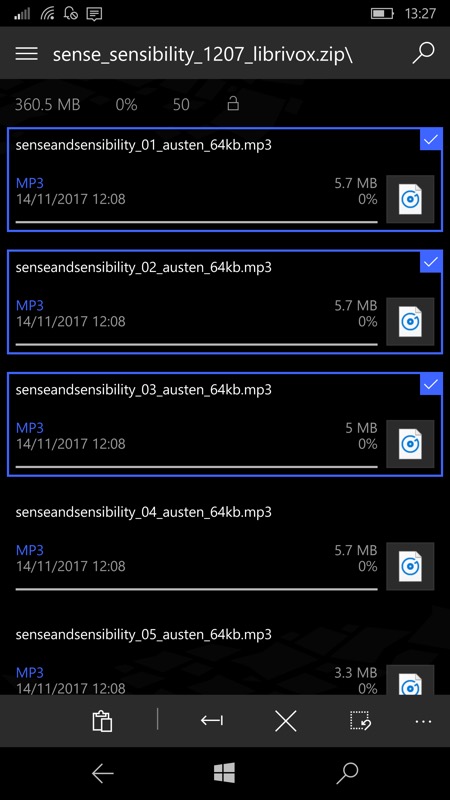 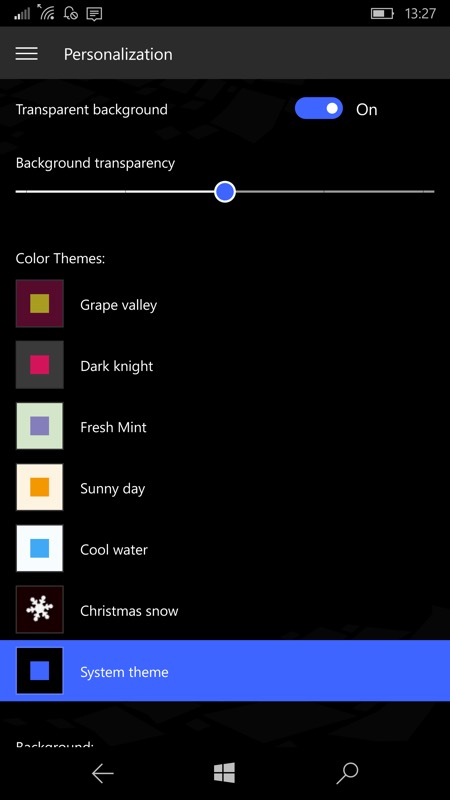 The contents of a downloaded ZIP archive, note again that every file has an appropriate application assigned to handle its file type. This is an OS thing, but it's well integrated here; (right) in Personalization is control over transparency effects and a choice of colourful application 'themes'!

Here's 8 Zip in the Store and here's 8 Zip Lite, should you encounter this story after about November 19th 2017, or if the offer isn't valid in your local Microsoft Store (though it was for all the Stores I checked).

Impressive software and I'm only sorry that I haven't plugged it more over the last few years, the last time we mentioned 8 Zip was in 2014!!