There have been many audio recording applications for Windows Phone over the years - I even did a round-up here, around three years ago. Then there's the unimpressive Voice Recorder that's built into Windows these days. But what we have here is a bona fide Windows 10 UWP application in the field. Not only that, but Sound Recorder Hi-Res is full of bells and whistles. Don't try and record loud music though - there's no gain control!

The best App in The Store for audio recording for Windows 10 (Mobile). You can record audio in High Resolution. This means that you can record up to 192kHz.

In theory, Sound Recorder Hi-Res records at up to 192MHz, but on the phone it seems to be limited to the more standard 44000 and 48000Hz. Still plenty, of course, just don't get your hopes up! 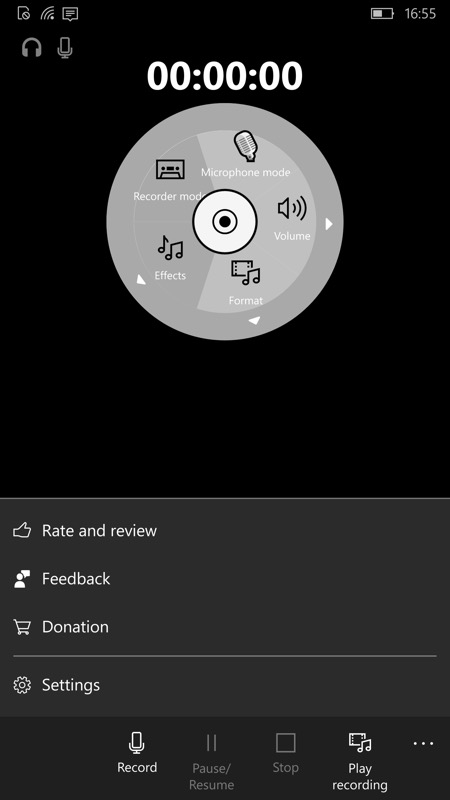 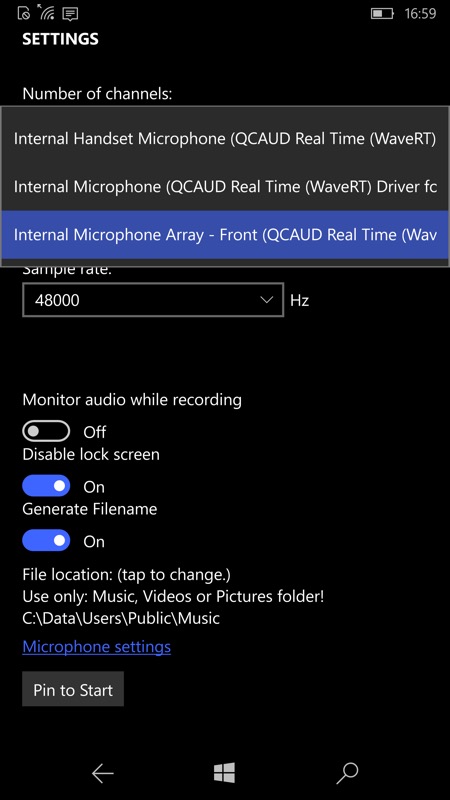 A minimalist and somewhat unique interface within the standard Windows 10 framework - tap on the 'LP' segment for the function or menu required, etc. Then, down on the '...' menu is Settings, which you'll need to pay attention to, if only to select the right microphone source - the default is the top one and is mono. The third one is the one to pick, at least on my Lumia 950 here. 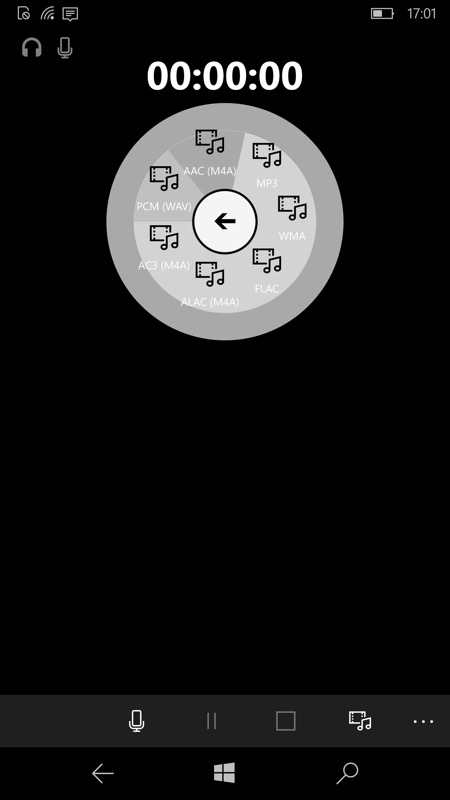 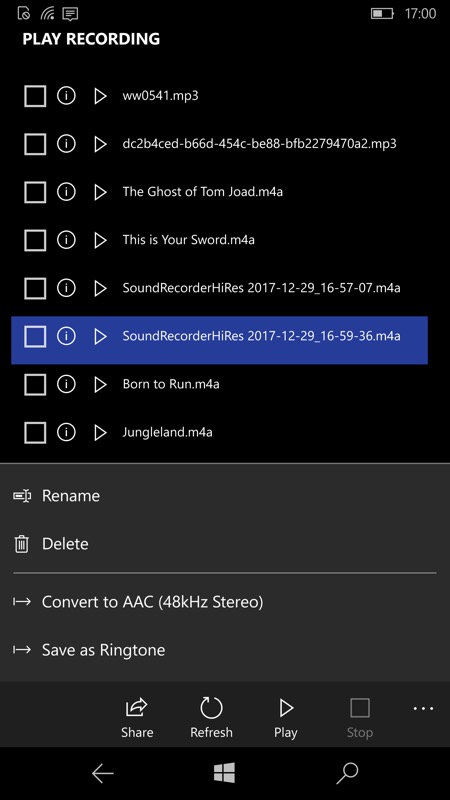 Seven music file formats and encoding schemes are supported, but only AAC/M4A and PCM/WAV are appropriate on the phone - the others can't be selected; (right) the playback dialog includes all audio in the default folders on your phone. Note the option to convert other music files to AAC and the 'Save as ringtone', which should save some newbies a step.

Audio quality is very good at moderate levels, nice and crisp and in stereo, though I noted that loud noises and voices (e.g. near the phone) overloaded the recording very easily and there seems to be no auto gain control (AGC), as you'd find when recording video on a Lumia, for example. So don't take this to gigs, at least not in its current form. Still, maybe a few updates might improve things here?

You can grab Sound Recorder Hi-Res UWP in the Store here. You can donate to help development inside the app with the appropriate menu option.