Having reviewed the EasyAcc 20000mAh late last year, it seems that rugged power banks are becoming more common, since there's now this, from one of my favourite accessory makers, Veho. The Endurance VPP-008-E is massively tough and perfect for hikers and other adventurers, and its internals are slightly newer than the EasyAcc's, with Type C input, though ultimately it too falls into the 'unambitious' class, if I'm honest. 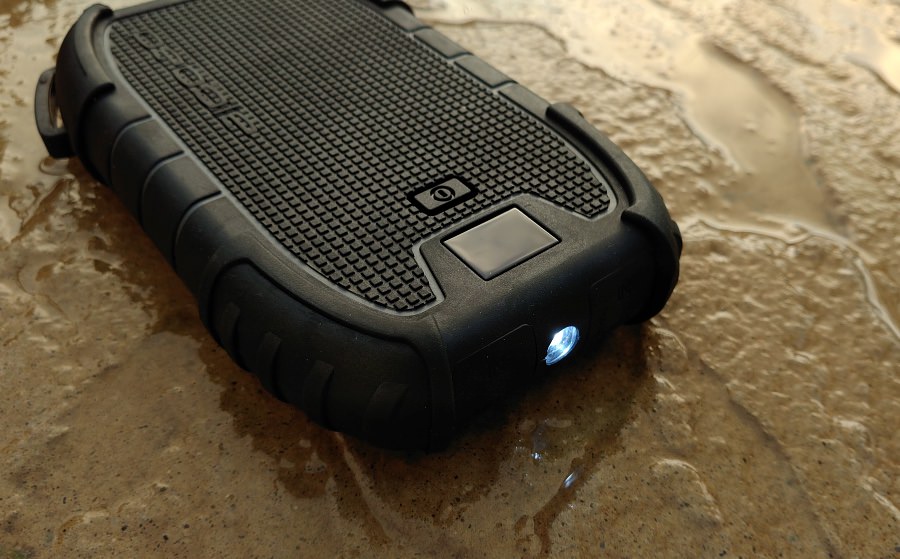 Here's the 'Endurance' then, looking rather majestic in the rain. Never mind the internals (I'll come to them shortly), the USP here is the thickness of the casing and materials used. Not too boxy, but just rounded enough - and of course very grippy - that it's secure to hold and not too large to fit in the average ruck-sack on a hike (for example). 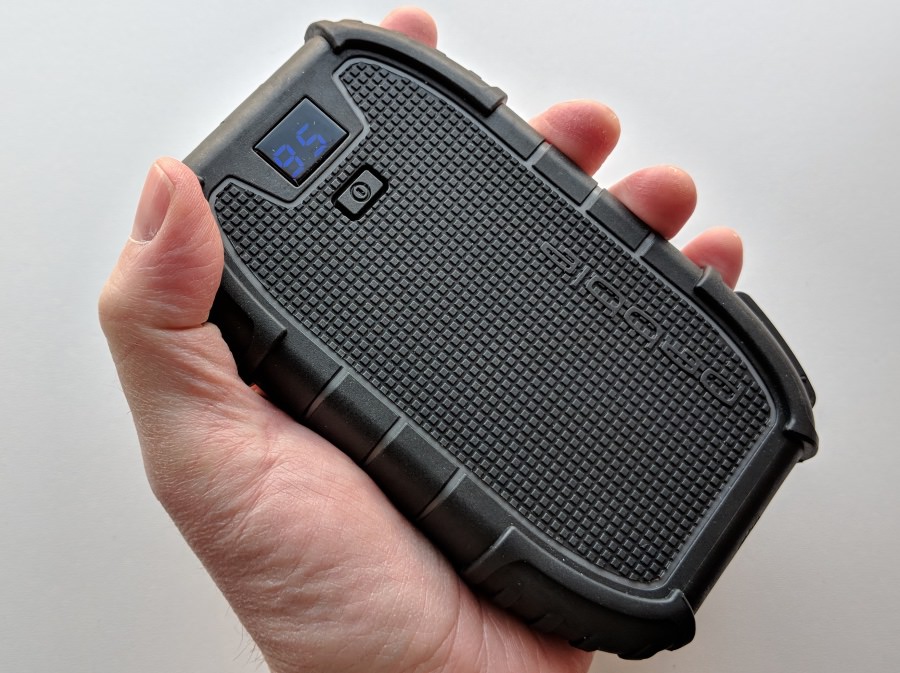 The Endurance isn't classed as fully waterproof - IPX4 basically means that it can endure spray and splashes but not a full immersion. At least not for a length of time - I'm sure it would be fine if dropped in a stream or similar and then immediately retrieved.

The pain points for waterpoofing (other than the energy stored in the Li-Ion cells) are the two rubber port covers, of course. These fit snugly but you can see that any immersion for more than a few seconds would indeed result in water gradually seeping in slowly.

Still, no complaints here, the worst such a power bank is likely to receive is rainfall or - more likely - getting damp as rain soaks through a coat or bag - and it will survive these easily. 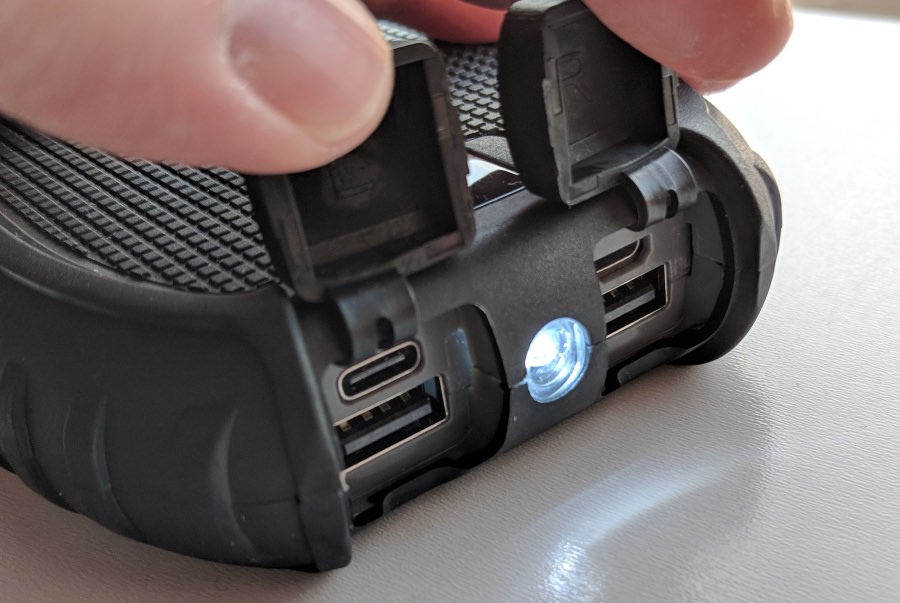 The LED torch activated with a double press of the main button and is modestly bright, though nowhere near as powerful as that in the EasyAcc accessory, which is a missed opportunity for an outdoor gadget like this.

You'll notice the port configuration. Twin 2.1A (current is shared if both are in use at the same time), plus twin inputs - microUSB and USB Type C, both of which can accept charge at up to 2A, though not simultaneously. All standard fare for a low end power bank, though I'd hope for more in 2018. There's no Quick Charge compatibility here, no really high current option, no Type C output (though this can go wrong, famously, with the phone topping up a power bank, so I don't really miss this too much!)

On the plus side, you do get the typical Veho Pebble digital readout on charge percentage remaining, which is pretty cool: 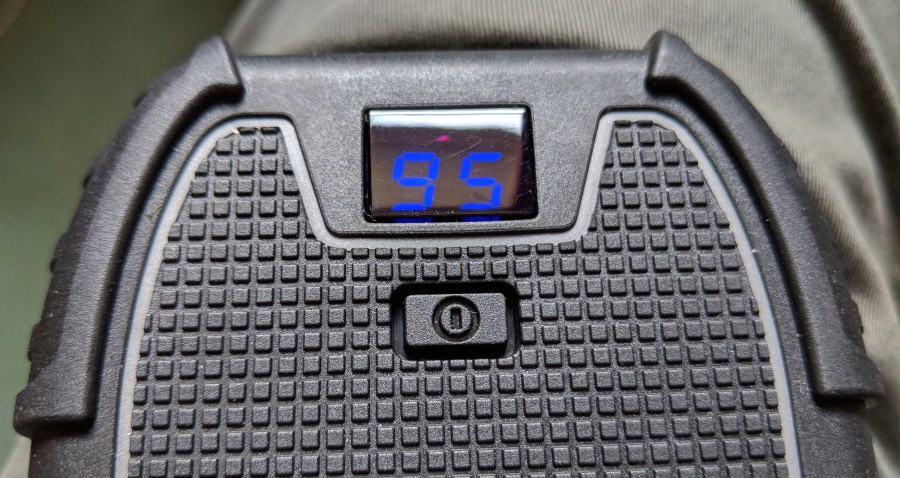 In use, the Endurance worked well, charging every phone I tried, though that shared current has to be allowed for - so two phones will each only see just over 1A, which means long charging times indeed in 2018: 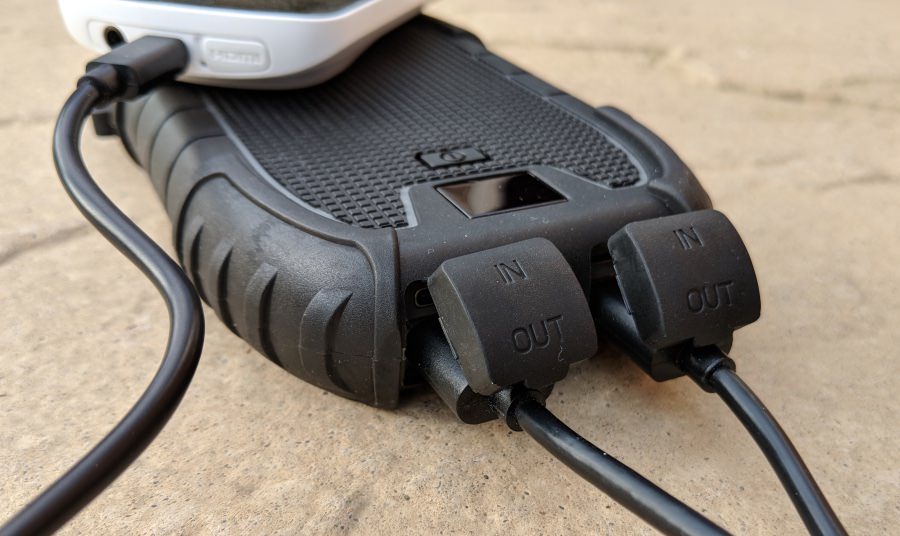 But capacity is as advertised, I loved the form factor and finish, and the more waterproof our gadgets are the better. You're unlikely to drop this down a toilet, but the typical user might well get caught in a thunderstorm, and the Endurance VPP-008-E shrugs such splashings offf easily: 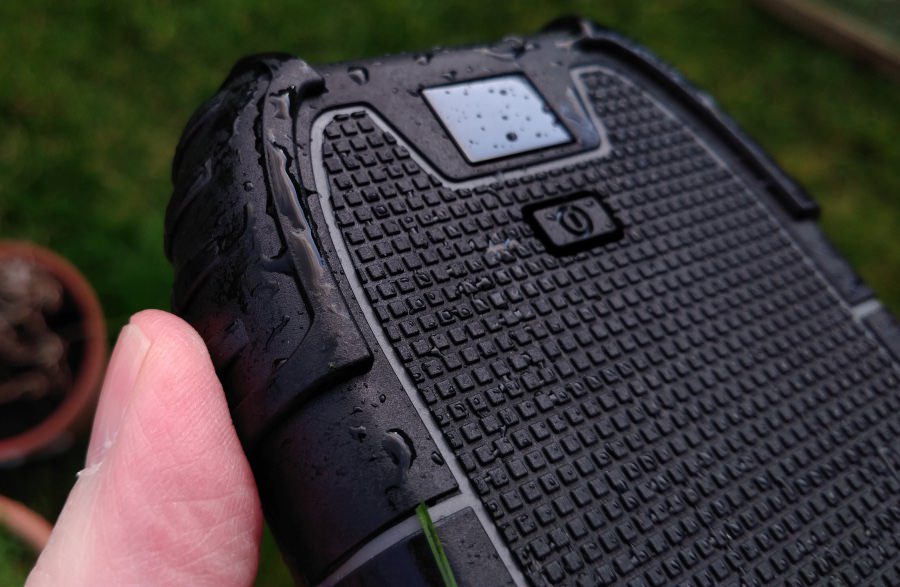 Now to price. The Endurance VPP-008-E is currently listed on Amazon UK at something of a placeholder RRP price of £99, so give that a miss. What is the right price? Apparently it's £50, according to NDC, where it's also for sale now. I know this is a specialist accessory, but £50 still seems a bit high for the capacity and unambitious internals, so hopefully this will come down or so in short order.