It's all very well having a wireless charger on your desk or bedstand. But is it made of plastic? Is it a bit cheap and nasty? If you want a materials upgrade then the oddly named FUSE Chicken have just the thing: the Gravity Touch Premium Wireless Charging Base. They sent this for review and I gave it a whirl here. Nothing special on the specs front - it delivers a standard 1A wirelessly - but a big bump up in terms of finish and build. 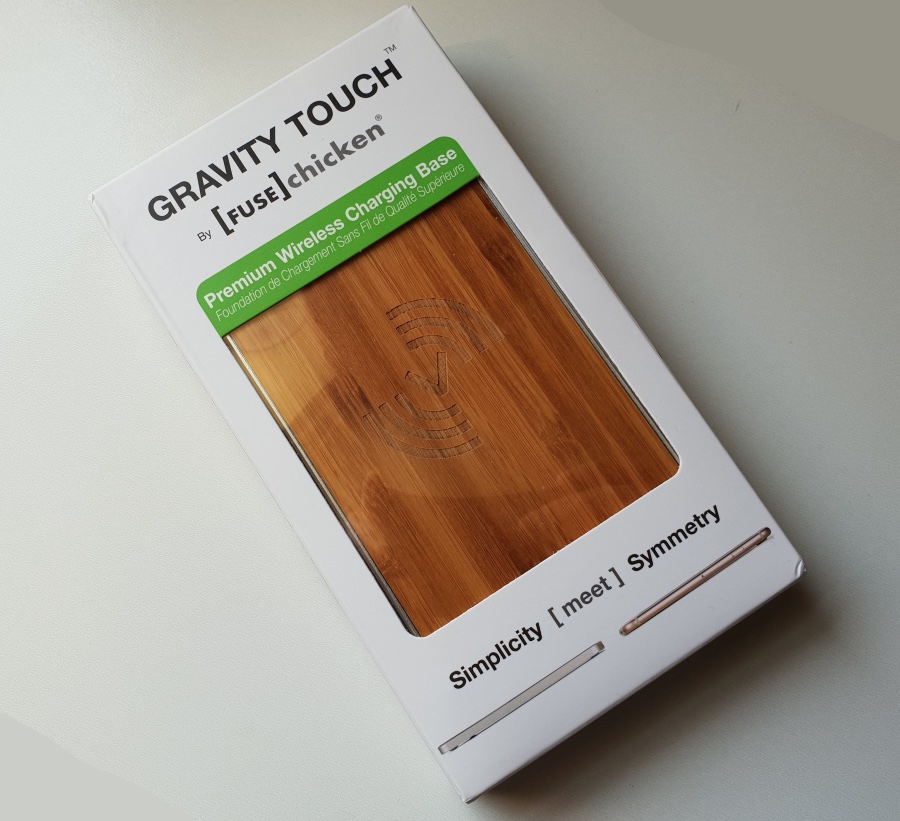 Nicely packaged, the premium materials are front and centre - in this case bamboo, though you can also buy this with black leather... 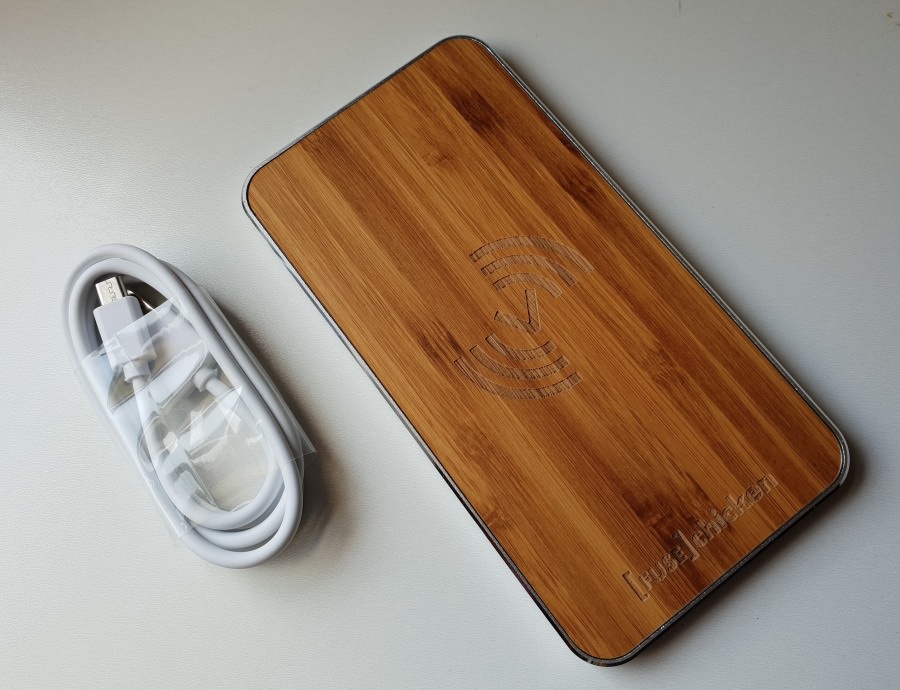 On the desk, this looks fantastic. The wireless charging logo is etched into the wood, as is the FUSE Chicken logo. The unit is powered by microUSB, with cable supplied, though if you want to plug this into the mains (recommended) then you'll also need a standard 2A USB adapter for your country. Which is fair enough. 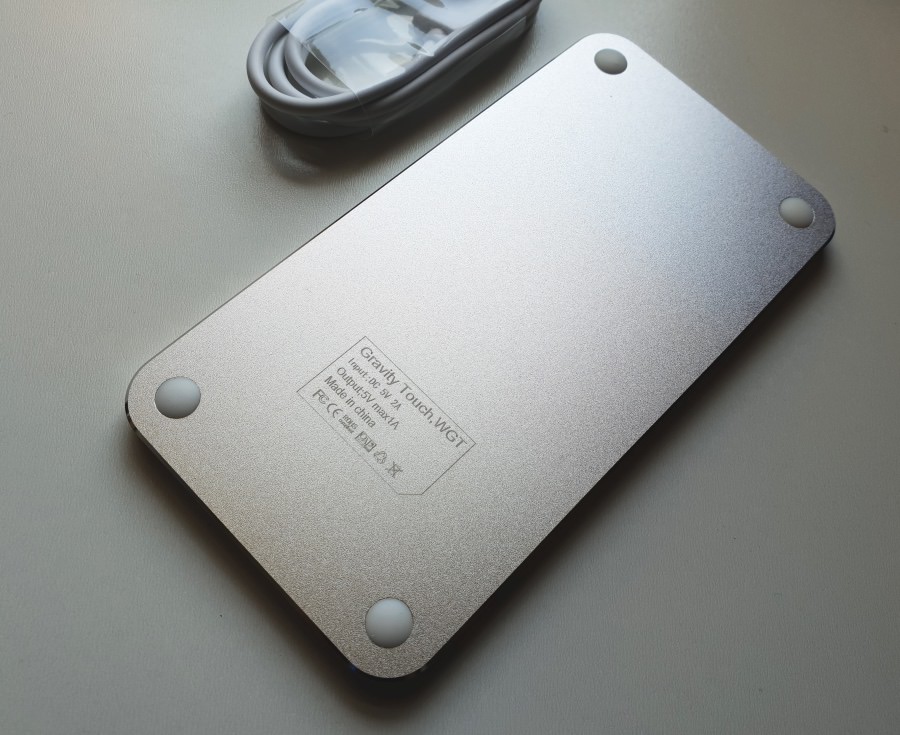 The chassis is cast from aluminium and is super high-end. Four rubber dimples stop this scratching your desk. 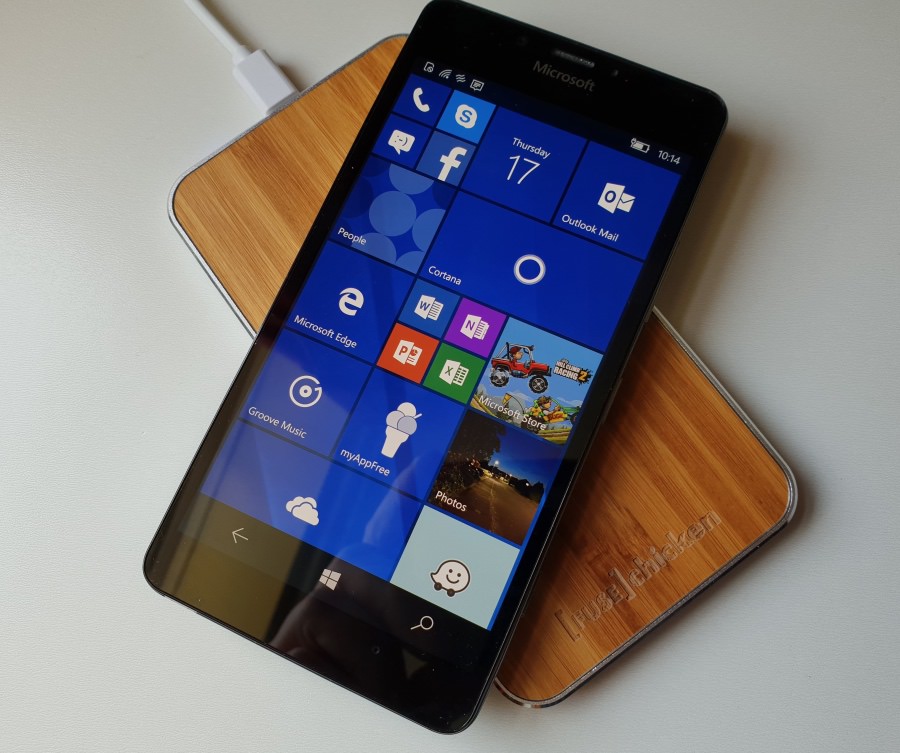 FUSE Chicken make a big thing about the Gravity Touch being 'phone sized' so that you always know how and where to place your smartphone. It's true that the Lumia 950 here is the same size and shape, but many phones won't be, plus Qi coils can vary in positioning and only you'll know the optimum centre to place your own smart device.

In use, the Gravity Touch works perfectly, as you'd expect. 1A is standard and doesn't sound a lot, but for charging while your phone is just 'put down' it's a great top-up facility.

You can grab this online here - $45 will work out at near £40 in the UK but I believe shipping may be free, so that makes things a little easier on the wallet. This is steep for a Qi charger, but then I guess it depends on the level of luxury and style you want for your desk!

PS. The Gravity Touch is also available in physical shops - in the UK, in Conran Shop, Dixons, Selfridges, P&O Ferries, and World Duty Free in all UK airports.

PPS. In fairness, I should point out that I've also reviewed the Blitzwolf FWC3 here - it's also very solid, also mainly alumium and also rated at 1A - yet it's only £7.99 on Amazon UK. Just saying....!