Podcast Lounge 2 UWP has been out now for a month and a half and is working brilliantly. With one omission - a cloud-based sync system, whereby installations on different Windows devices are kept in step. This is where the developer is now focussing, and the beta track (running in parallel to the main production app) has just started introducing genuine sync features. Baby steps though, with the eventual goal of having full sync in the future (a 'few weeks' is the timescale quoted). Why not get involved with the beta and help test Podcast Lounge's new feature?

I’ve been cracking on with a further update to Podcast Lounge that adds device sync functionality which allows a consistent configuration to be maintained between devices opted in to a “sync ring” hosted on OneDrive. I’ve been experimenting with the various sync methods that Microsoft provide and I just haven’t found the right, reliable performance that translates to a good user experience, so I’ve built my own engine. This needs to work and needs to work well every time.

The beta test packages have been updated to include the new functionality. You’ll find a new page under settings at the bottom containing the beta test. Right now we’re only syncing favourites/categories between devices, but once we’re comfortable of the core implementation, then it will be pretty easy to add settings, smart playlists and of course the currently playing playlist and history. I suspect we’ll start rolling that into the beta test in a couple of weeks time.

Over and above the previous beta, version 1.2.61 brings: 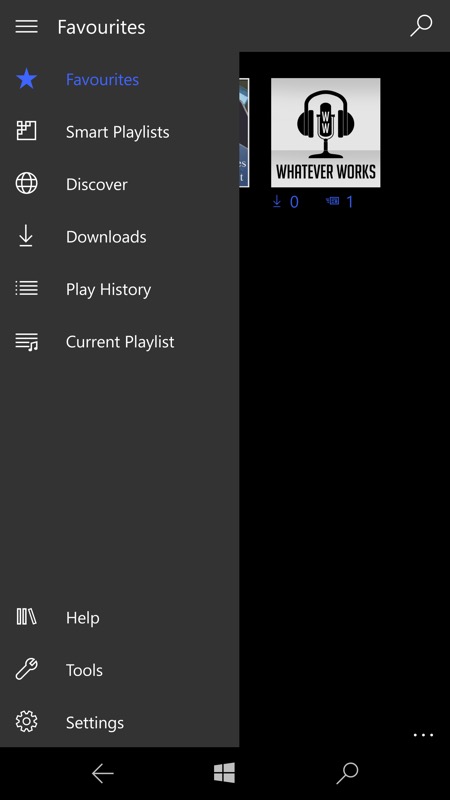 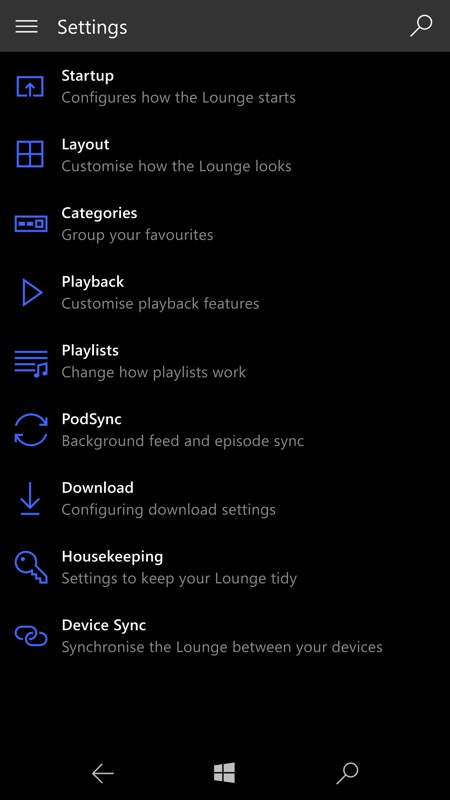 You'll find the new Device Sync in Settings, off the hamburger menu.... 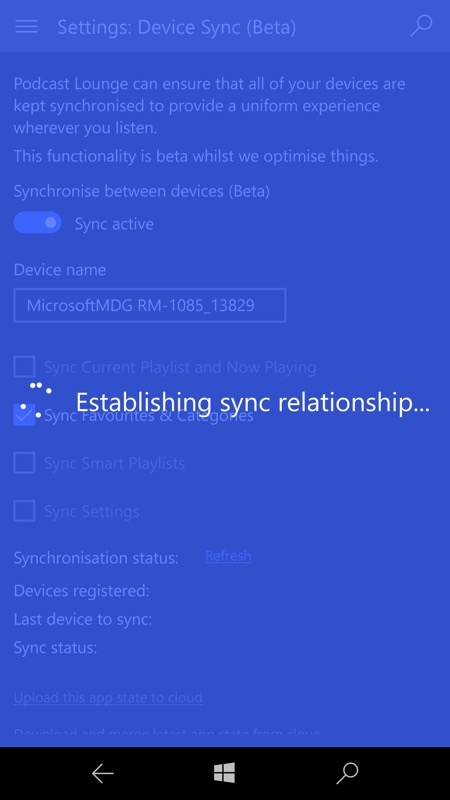 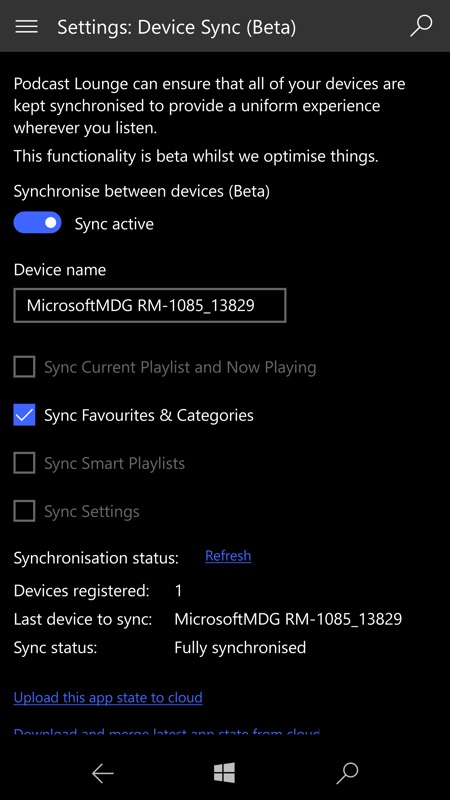 Opt to 'connect' and you hook up through the usual authentication into OneDrive; (right) with the connection made (a one time thing), there's only one sync function so far, but note those greyed out - if 'favourites and categories' works well for users across multiple devices then the developer can introduce the rest.

As you can tell, development is still rocketing along - it's a shame that it started so late in Windows 10 Mobile's life cycle, but there we go. Of course, this also works on desktops, tablets, Xbox, and so on, but my gut feel is that its home is on Mobile, just as with its WP8.1 predecessor.

PS. See also the production version, which will be updated with sync after this round of betas, so we're looking at September 2018.