MeeDJ now a UWP for all Windows 10 phones and computers

Back in 2014, I featured MeeDJ, a professional-grade song mixing system, finding it powerful but a bit overwhelming for the casual user. That was a 'universal' Windows RT app that naturally also ran on Windows Phone 8.1, but now we have a full UWP application for Windows 10 devices, including phones but probably better used on a tablet or hybrid - the Surface Go would be perfect, etc.

From my original Windows Phone 8.1 article:

MEEDJ is a DJ mixing console we created for people who want to easily interact with the music they love and to mix tracks like a DJ, having a simplified interface at their disposal. MEEDJ’s value is the interface itself (developed with a professional DJ), the social features tightly integrated within the App and the strong social engagement metrics (GetAll bundle).

You are the DJ! Just load two audio tracks from your music library (or from OneDrive) and start mixing them, by jogging, pitching and applying audio effects, loops, samples… All key features are at your fingertips! If you want you may also upload your work to the cloud and share it on social media. Once shared you can track (GetAll bundle) the feedback coming from social media for your mixes and playlists, thus getting an idea on how much they have been appreciated by your friends.

Here are some screenshots of the UWP app in action: 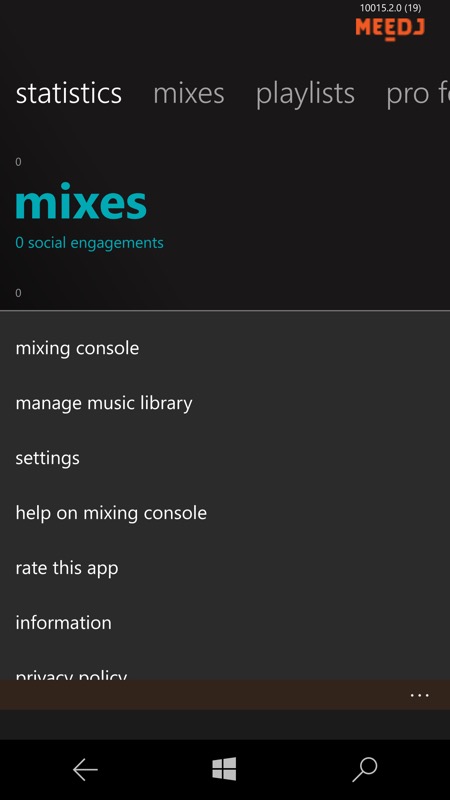 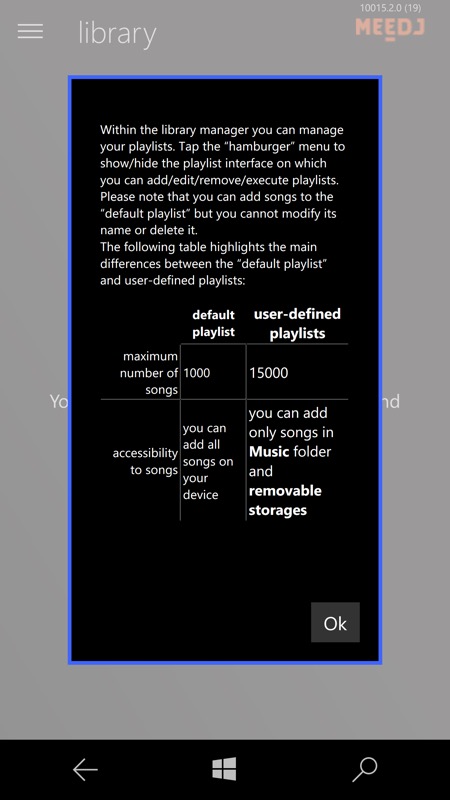 The UI is a bit of a mish-mash, having evolved through several OS stages. There's a portrait Metro-style UI to set things up, plus some oddly tiny help/tips panes. 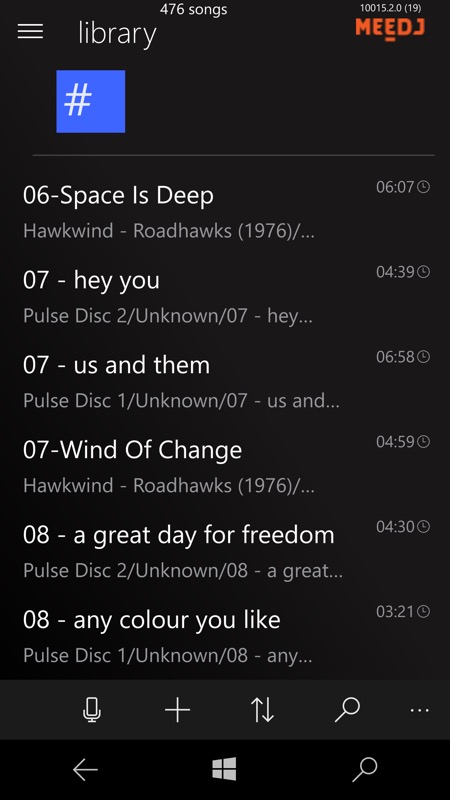 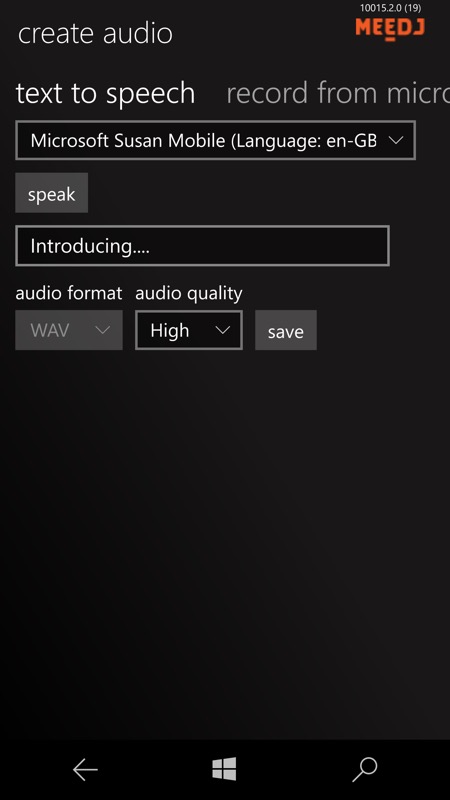 Setting things up involves importing all your tracks - these are analysed as they're imported, but this isn't the same as the deep analysis needed by the mixing desk below; (right) you can add your own samples and even AI voice, though see the UI glitch noted below. 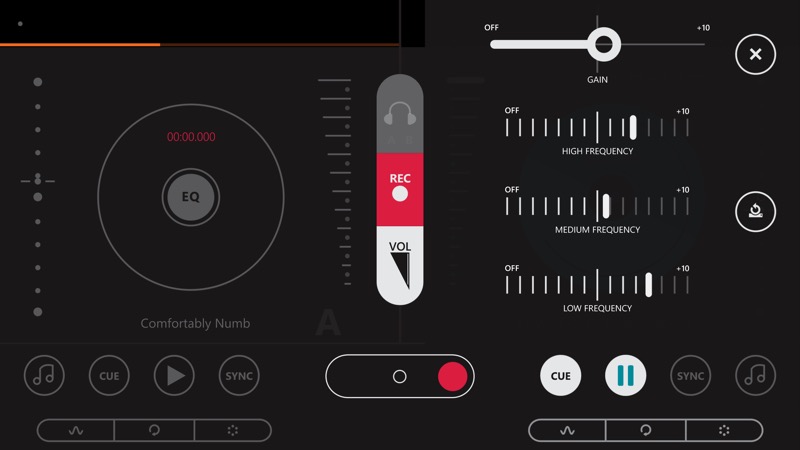 The main mixing UI in action. Here I'm loading up a track on the left (deck) and adjusting the EQ of a track playing on the right. Note the central left/right mixing slider. 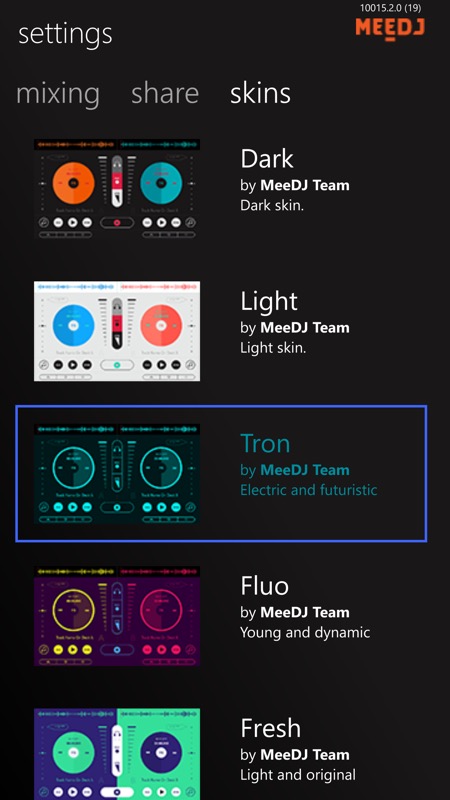 There are many skins included and to purchase, something which really helps keep things fresh. 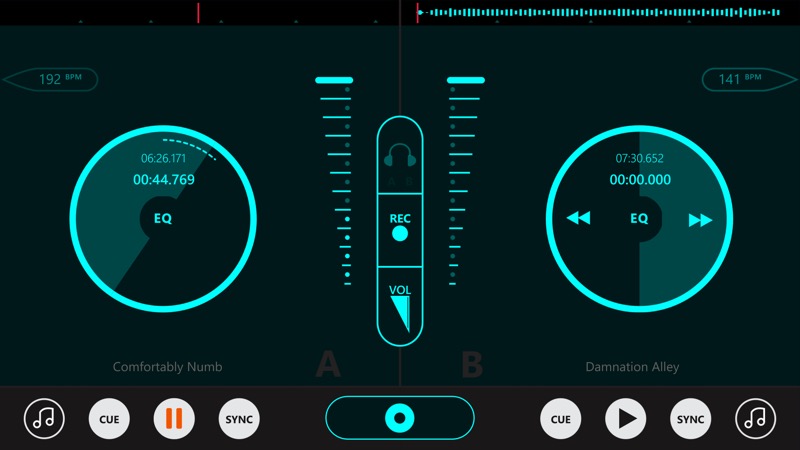 There's also a choice to have a slightly simpler deck layout, as here but with the Tron skin. Here I've synced two tracks together, the left one is playing and the right one is cued up.

MeeDJ isn't perfect - there's a UI bug where you can get 'stuck' recording your own audio samples, plus tracks are very slow (on the phone) to analyse as you load them up. So if you're a DJ then you should definitely have a more powerful computer to hand. Or plenty of patience.

It's a very slick music processing system, anyway, and you can get started in the Store here. And yes, that still includes the old 'universal' version for WP8.1 - so knock yourself out!

Filed: Home > Flow > MeeDJ now a UWP for all Windows 10 phones and computers