OK, this is just getting silly now, think Monty Python. Dropbox's UWP app changed its name to 'Dropbox Explorer', then to 'Dropbox Express', and now to 'Dropbox Cloud'. How incompetent can a marketing (or legal) team be to keep messing up branding like this?

Last covered a two weeks ago, Dropbox's UWP application has always seemed a little 'off to one side' compared to the ambitions of the 'Desktop' (Win32) client. The latter's core function is to make sure that the same folder structure on your hard disk/SSD is synced with your Dropbox folders in the Cloud (and ditto on Mac). In contrast, for obvious reasons, the mobile Dropbox clients have always been about browsing your Dropbox online and downloading as needed. So, given the two modus operandi, why not make the difference clear in the application's name? Why not indeed?

There has to be some kind of legal issue with using these names, though at least Dropbox Cloud also works to indicate the 'online client' use case, as opposed to 'local-cloud sync'.

The bump in version number to '11.4.3' specifically, over '10.4', does rather imply that it's similar code but with the name change warranting a major number bump, though at least there's something new, a UI change to remove bottom-of-screen 'mobile-style' controls and put them up in a drop down '...' menu instead, as shown below. 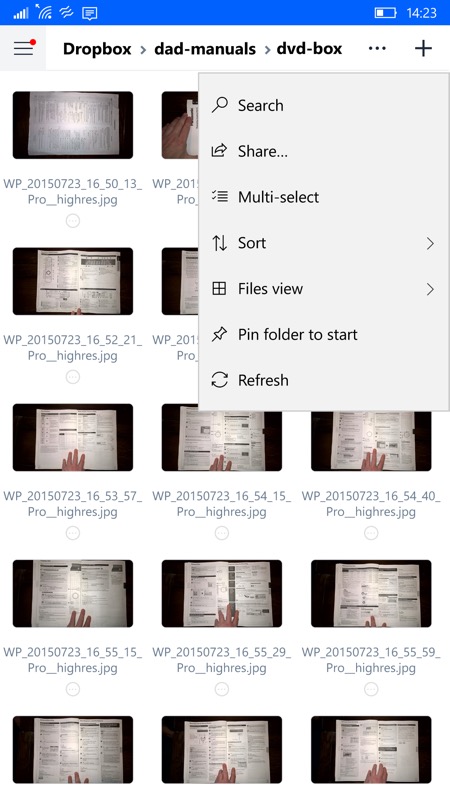 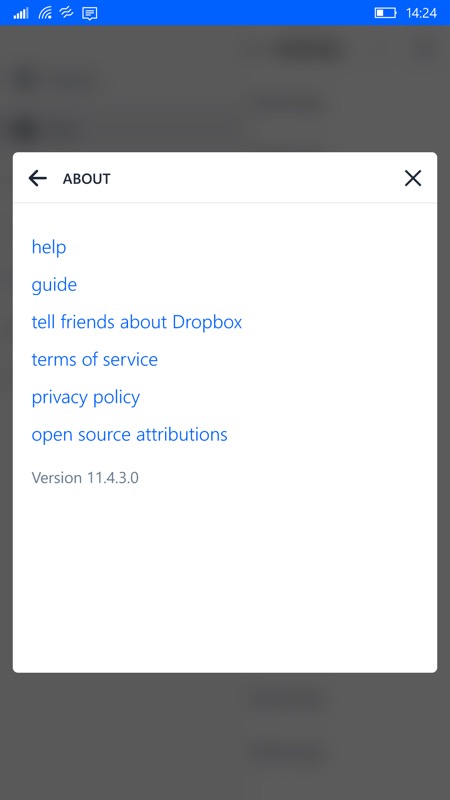 Don't worry, you'll find your way around, all the usual functions are there in every view, just shuffled a little into the menus.

Any comments on the bizarre name changes?