OCR is something that few of us use daily, but almost all of us have a use for every not and then, usually under pressure, when we're presented with something in paper or image form and we need editable text in a hurry. Enter Roxy's new utility, OCR Text Detection Tool, a UWP app for all Windows 10 devices, including phones. As usual with Roxy's apps (see also PDF Conversion Tool and Auto Media Conversion Tool, among others) all the magic happens server-side. They've developed immense document processing intelligence and their UWP applications feed the servers documents and then return the results to you. So you'll need phone signal and bandwidth.

The OCR Text Detection Tool provides accurate and fast text detection from any image file downloaded from your device or taken with a snapshot. It also supports textual detection of a PDF document (currently not more than 20 pages, but we are working on expanding the functionality). The application also supports text-based handwriting detection and text translation in 114 different languages. Friendly, clear and convenient design makes working with the application easy and understandable.

Here's the new tool in action, with useage comments: 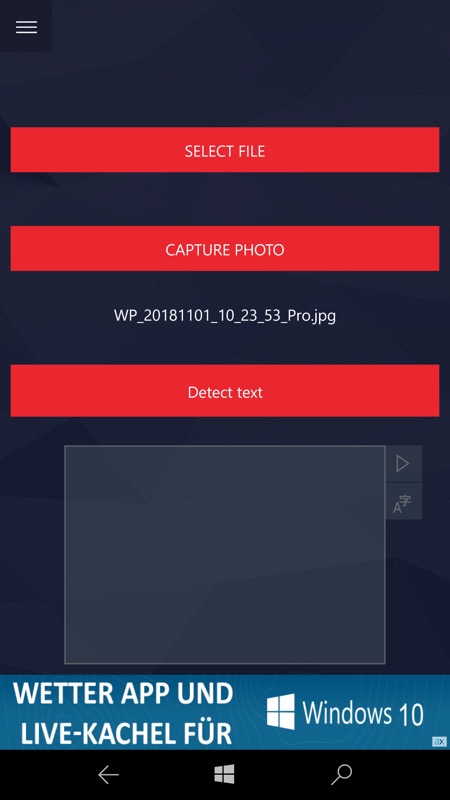 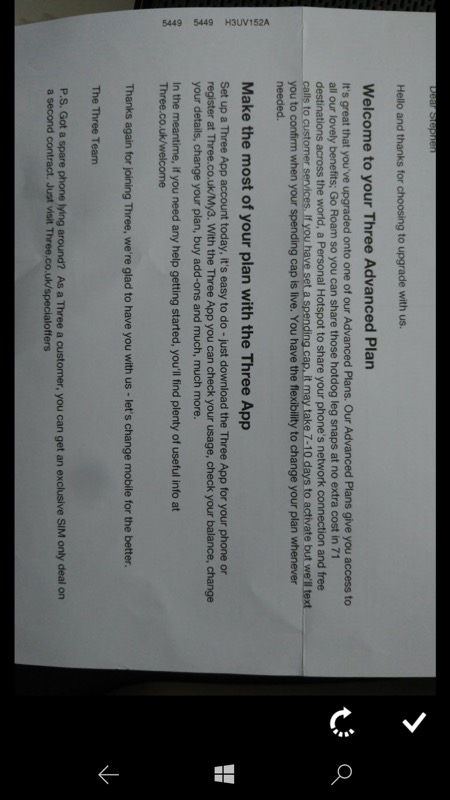 The interface is somewhat minimalist, as usual with Roxy apps - 'Capture photo' does fire up the camera and a shot can be taken (right), but when accepted, doesn't light up the 'Detect text' button in the interface. This is possibly a restriction on the IDOL 4 Pro I was using, so your mileage will vary here. Happily, it's trivial to shoot the text with the main Camera app and then 'Select file' from Photos, and that's what I did in my tests here. 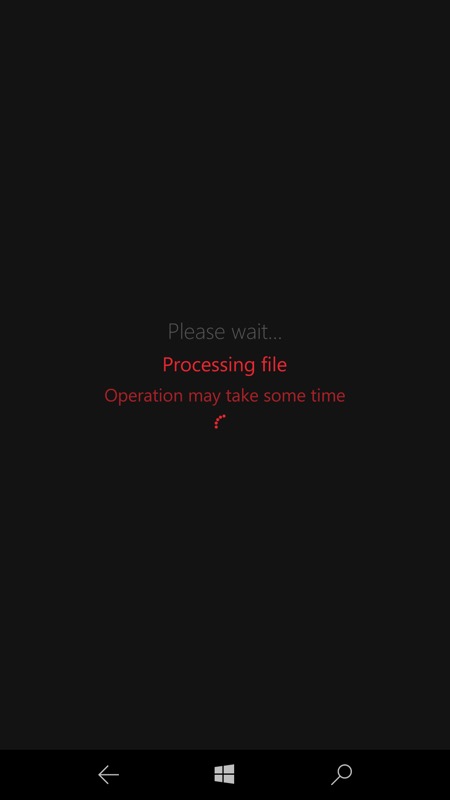 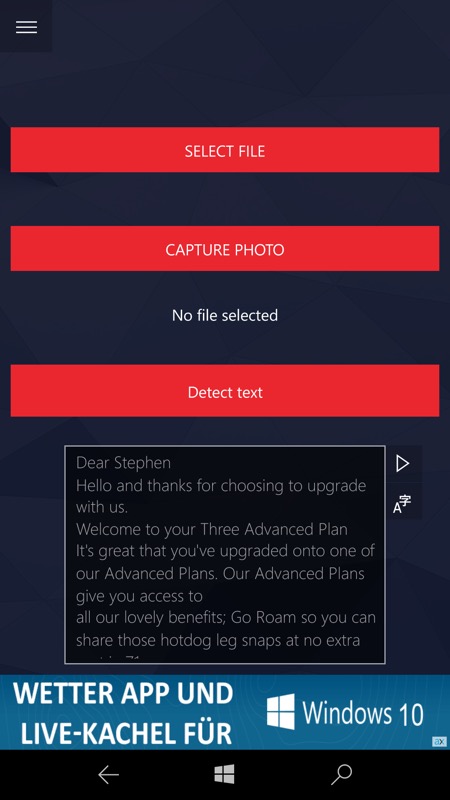 When 'Detect text' is tapped, your photo (or image-centric PDF file) is uploaded to Roxy's servers and then (much more quickly) a perfectly OCR-ed text version is pasted into the text window in the interface. Quite how fast the whole thing is depends on how much you're uploading, but a single photo of a page of text took around ten seconds for me. Again, a lot will depend on how good a connection you're on, for the upload.

Note the two controls to the right of the text box... 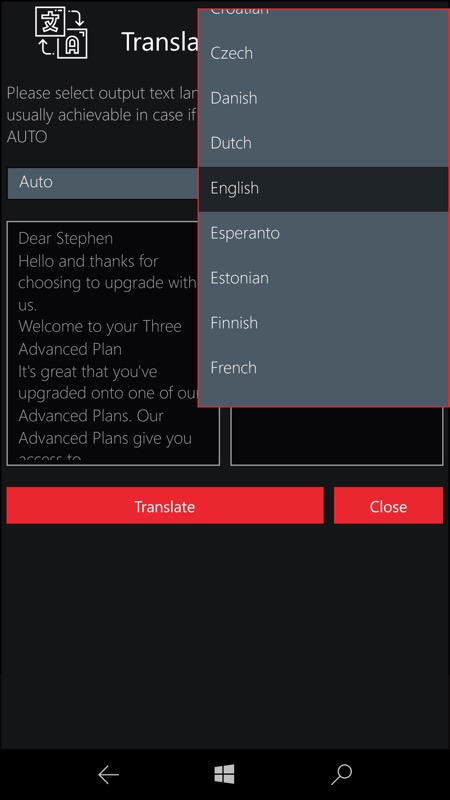 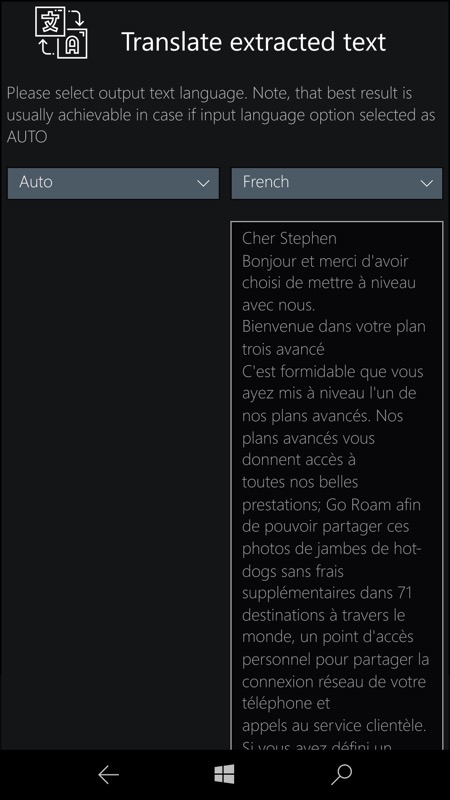 ...they kick off a spoken word (text-to-speech) version of your OCRed text, should you want that, and also launch this translation module, with local language selection and then (again server-side-processed) a direct translation.

This is version one of OCR Text Detection Tool UWP and it rather shows. Apart from the lack of support for my IDOL 4 Pro's camera, the translated text has no selection controls and can't be scrolled. So you have to tap to select a word and then tediously try and extend the selection through tapping and holding to copy everything to another application. Still, minor issues in the grand scheme of things and it's not as if you'll be using this every day. Still, I'm sure Roxy will come forth with updates shortly, their support of Windows 10 has been super so far.

You can grab this tool in the Store here. It's currently showing as free with ad support, and it's an IAP of £1.69 in the UK Store to zap the interstitial ads, which is fair enough.