Yes, yes, AAWP has always been centred on mobile - phones and (sometimes) ultra-portable hybrids and tablets. But if you're a Windows user generally then you'll be interested to know what's coming up in the '19H1' update this Spring. In which case Zac Bowden has been hard at work over at WC compiling a pretty definitive changelog, quoted below. What's that? You still haven't had the 2018 October Update pushed to your PC? 'Check for updates' is your friend here, I suspect, though it does rather indicate that '19H1' might not hit some end user PCs until mid-summer or even Autumn.

From the intro to Zac's lengthy piece:

Microsoft is now hard at work on the next feature update for Windows 10, codenamed 19H1 and scheduled for release this April. This update is expected to include yet more changes, new features, and further UI refinements and improvements. Development of this release is almost at the halfway mark, meaning it shouldn't be long now before 19H1 is marked as "feature complete" internally and a focus on fixing bugs before release begins. 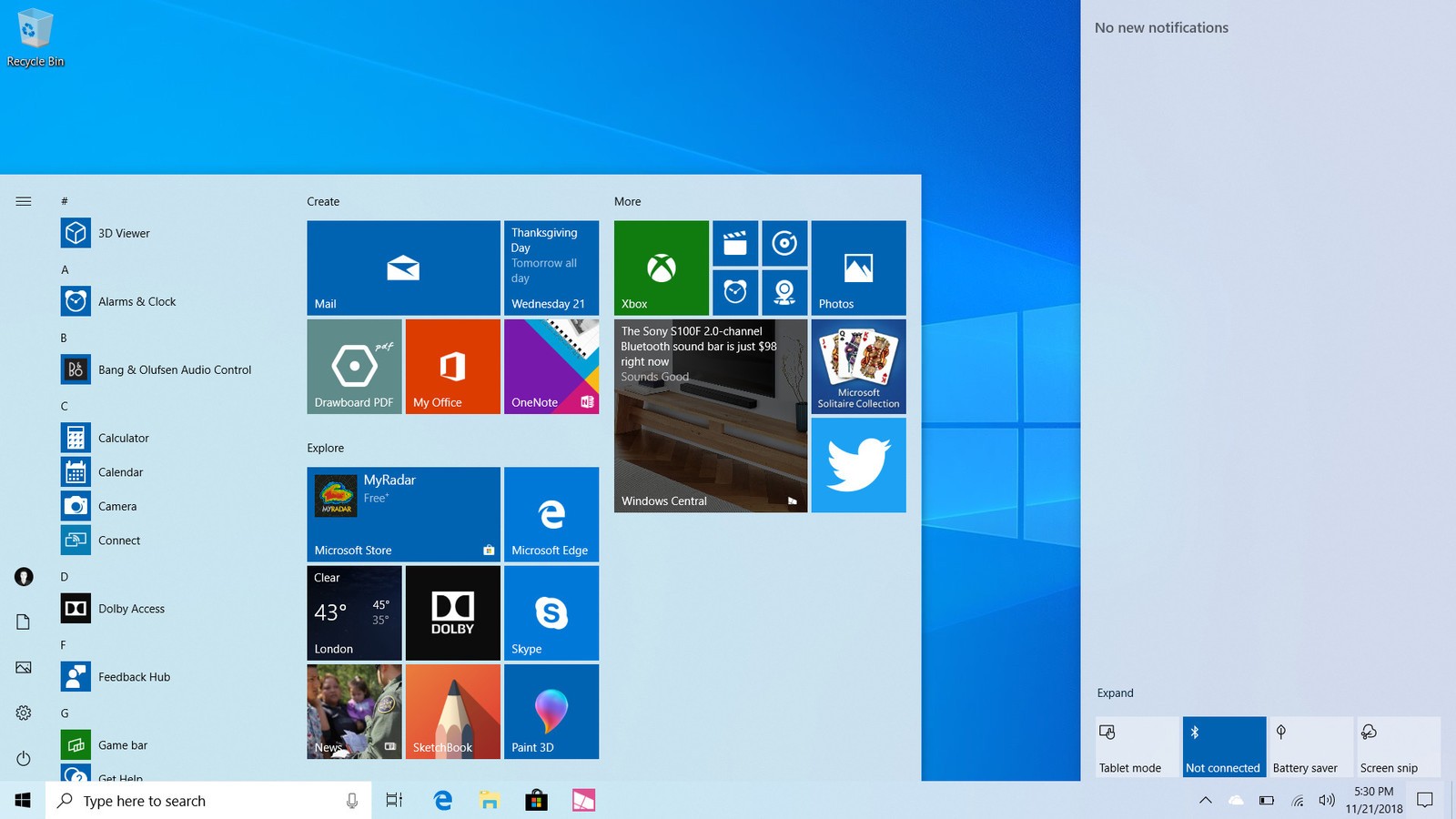 Good stuff. I maintain four Windows 10 PCs around the house and office here, and I try to keep a spread of branches - just in case I need to double-check something! In the meantime, go have a read of what's coming up, since 19H1 is now nearly 'feature complete'.

Mobile users can only stand on and wish that Microsoft hadn't canned the Windows 10 Mobile feature builds when they did, of course. Oh well - at least the kernel and core APIs are still getting bug fixes.