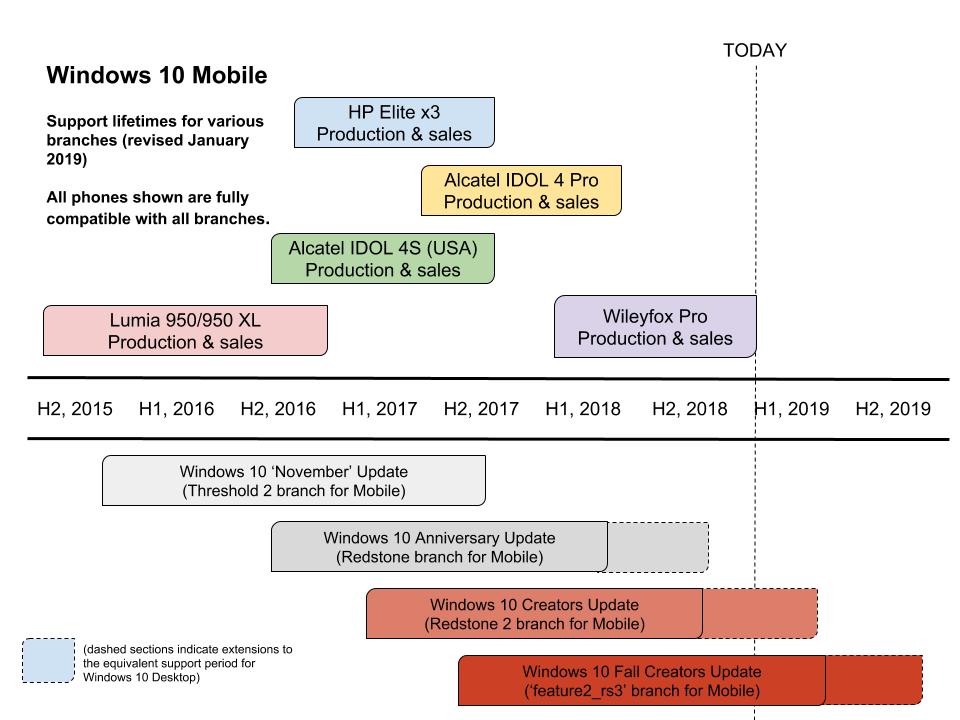 The Fall Creators Update ("FCU", 'rs3', i.e. 'Redstone 3', at least in name) is the 'production' branch of Windows 10 Mobile, and these are regular 'Patch Tuesday' fix round-ups for it, with the official list for 15254.547, the '2019-01' update' mainly composed of minor fixes and security patches, at least in terms of mobile relevance.

Phones on the Creators Update should advance, with this release, to build 15063.1563 (from .1506) As with the Fall Creators Update, you get the core security and component updates. As usual, in today's vulnerability-stricken, malware-strewn and fraudulent times, we should never disregard security fixes and the later the branch and security state, the better.