GPD Pocket 2 Max is not quite pocketable

Not a smartphone, but also not a true laptop or even a netbook, the GPD 'Pocket' computers have been going for a while. And now we hear of the 'Pocket 2 Max', with sub-9" display, bigger than previous uses, but still way smaller than most traditional laptops, even smaller than the Surface Go. 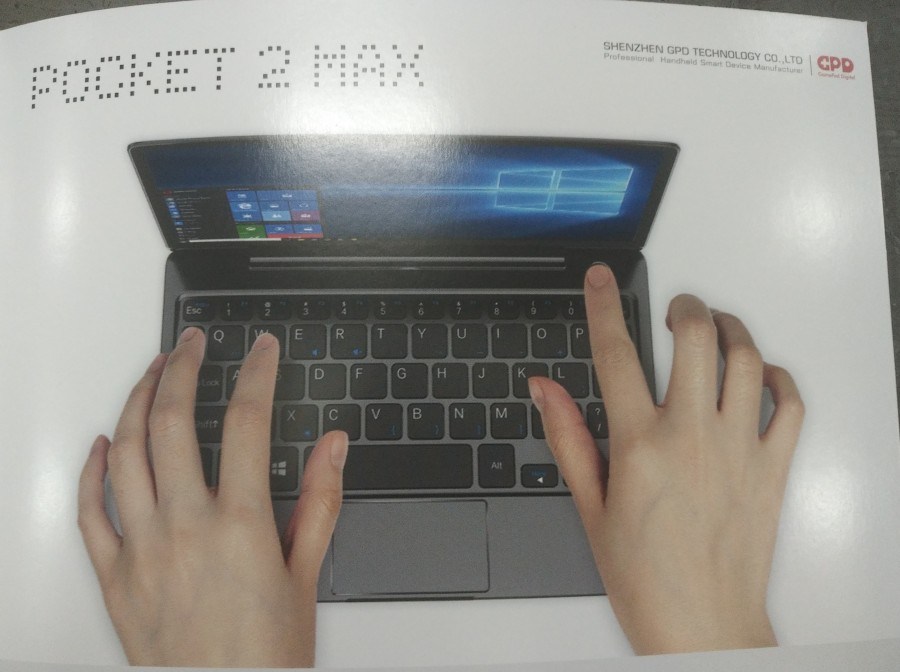 GPD has also bumped the screen resolution and equipped the computer with the most powerful processor of any GPD device to date.

The computer features a 2560 x 1600 pixel display and it should ship with Windows 10 Home 64-bit software… GPD says the laptop has a magnesium alloy unibody chassis, a fan for active cooling, a 9200 mAh battery, and a 2MP camera, making this the first GPD Pocket device to have a webcam. It’s also expected to have a fingerprint sensor.

As a lover of all things ultra-mobile, I'm quite excited by this, though there's no word when it might come to Europe - or pricing. Just me? The continuum of devices from smartphones through Bluetooth keyboards to mini-laptops and touch hybrids, to full on laptops continues to impress from hundreds of manufacturers.

PS. I'm also trying to get hardware such as the Surface Laptop 2 in for review on AAWP. For interest-sake!

Filed: Home > Flow > GPD Pocket 2 Max is not quite pocketable