Whatsapp to stop working at the end of 2019

In line with Microsoft's support for Windows 10 Mobile itself, perhaps, Whatsapp has announced that it's finally pulling support for its celebrated Windows Phone 8.1 client at the end of 2019. This has been working pretty well under Windows 10 Mobile but no more in 2020. Whatsapp has been over-delivering for Windows Phone 8.x, effectively a minority OS in the grand scheme of things, for a while now, and they'd never officially announced a UWP application for Windows 10 (though there's a Win32 client), so I don't think we can complain too hard.

Regardless, enjoy Whatsapp on your Windows 10 Mobile handset while you can, you have seven months left. As to what could replace it if you want to keep using the OS, Telegram springs to mind, as a secure and rising messaging platform. And with an excellent client in Unigram.

You won't be able to use WhatsApp on the following platforms for:

Note: Because we will no longer actively develop for these platforms, some features may stop functioning at any time.

That last sentence doesn't bode well, but I think there's a good chance that the client will carry on working for the most part, for the rest of the year.

Again, I don't think we could have asked for more from Whatsapp - matching the status of Windows phone users seems to have been a good compromise.

There have been rumours of a true native UWP (Windows 10) Whatsapp client, but I think we'd have had this by now if it was real. And, with Facebook owning Whatsapp, I'm more sure than ever - Facebook has been terrible in the UWP world, never going further than a badly ported version of their iOS codebase.

PS. Unigram (Telegram) (shown below) is a more than capable replacement, though re-educating family and friends to use Telegram is a whole other kettle of fish, of course! 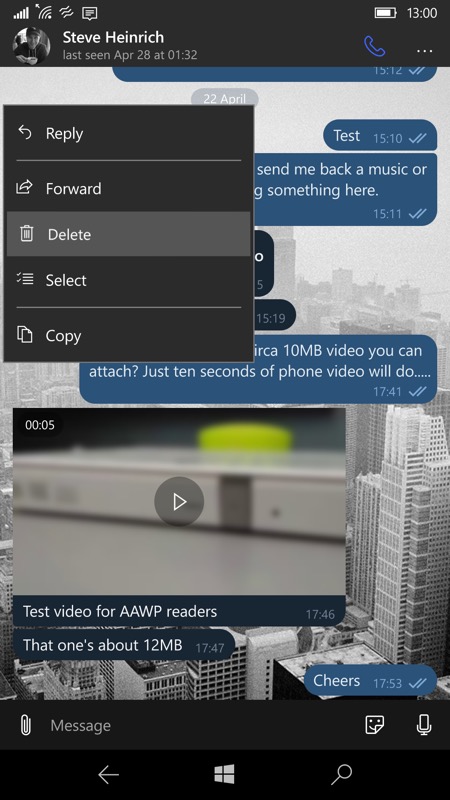 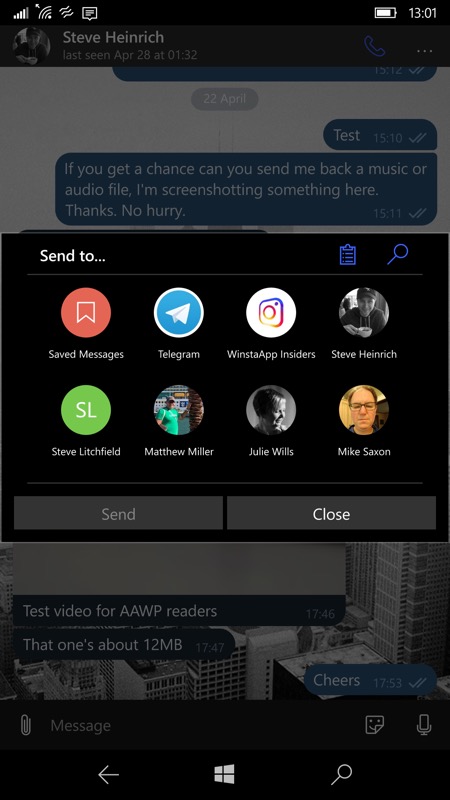