Last covered here at the start of January, and with its main development all now done, Podcast Lounge 2 UWP is finally dropping its 'beta track', which is good news as it's now less confusing for everyone, with only one application to track down, install and use. Beta track users will get notified by the end of June and then tha beta will stop working. There's a new update to the main app too, with some details below.

Version 1.2.1 is now available in the Store, bringing a new Podcast directory provider, Listen Notes, to Podcast Lounge 2. Up until February this year, the app had been using the old Zune(!) API (which I suspect continued through until MS threw in the towel with Groove Music earlier this year). With that service disappearing, the developer was forced to find a new provider.

Other notable changes for v1.2.x include:

About the beta, the developer, Richard Castle, says:

In other news, you’ll know that we’ve been running two app tracks with the beta version still out there, and available for free. As the majority of the main development is now done and we’ve got better testing means internally, we’ve decided to retire the beta app from the store. Current users will get a notice shortly to warn them that things are drawing to a close with the app no longer functioning after the end of June. We’ll be hoping that users will transition across without complaint and will appreciate the early access to new features and free access to the software had to come to an end at some point!

Changelog for the Beta and thanks to testers: http://www.ignii.com/software/?page_id=545 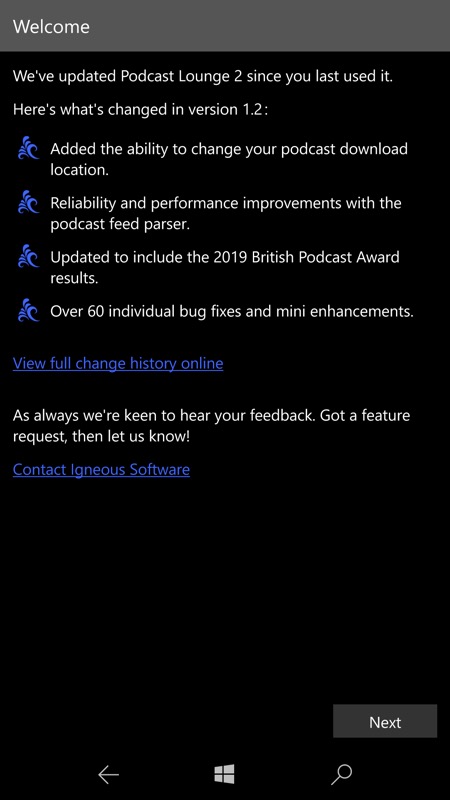 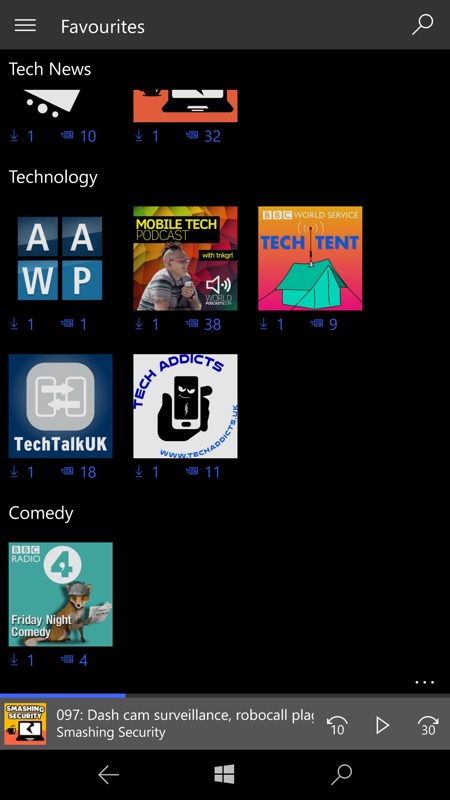 What's new and fully synced up and listening to podcasts again in the main app... 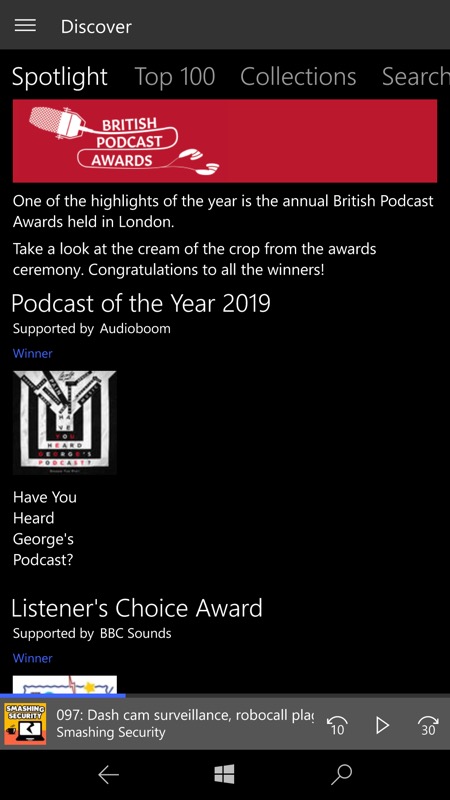 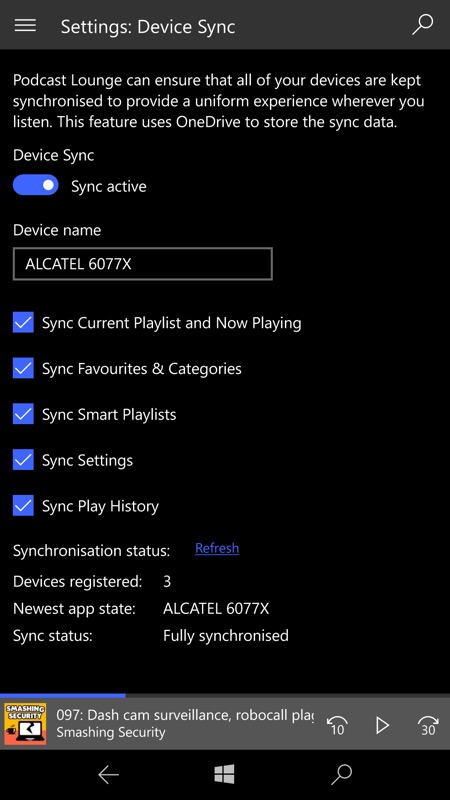 New for this release are 2019 podcast award winners; (right) the cross-device syncing works beautifully, as always. This is my IDOL 4 Pro completing part of a three way sync (Surface Pro/Lumia 950 XL/Alcatel)...

Podcast Lounge 2 is free to download from the Store as a trial, but background syncing and download functionality will stop after the 30 day free trial expires. Or just buy it outright as a commercial purchase (about £5), as I did.

It will work on Windows 10 Mobile - and via Continuum displays - on traditional Windows 10 laptops, desktops and hybrids, and - now - on XBox too (in beta).