GameClock PWA is a little Edge gem, with an obvious caveat

I'm still keeping an eye on Appscope as a source for new and interesting PWAs (Progressive Web Apps) that run under the Edge browser and this one's a two-sided game (usually chess) clock. Well worth adding to your favourites or pinning, as described below.

From the (super short) Appscope listing:

GameClock lets you time your chess games and other board games.

The URL to tap on or type in is gameclock.app/#/.

Of course, you can turn this into an 'app' yourself with PAWA or just pin it 'as is' on your Start screen. Or just add it as a 'Favourite'. It's up to you. If you're confused by the different PWA options then check out my feature here.

Here's GameClock in action on my Lumia 950: 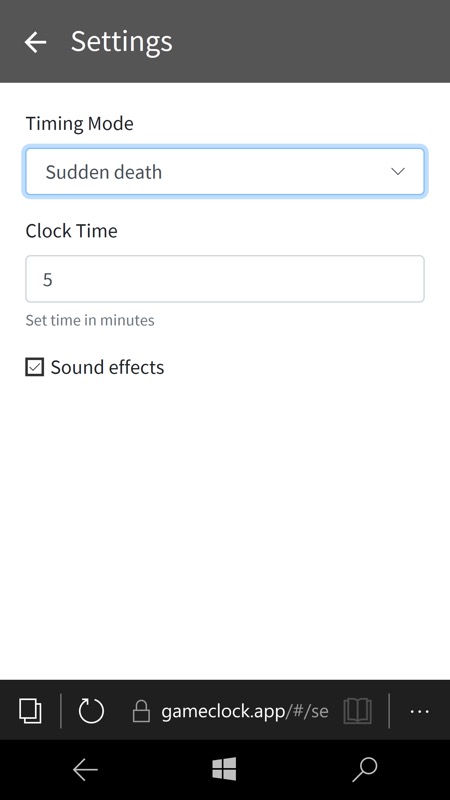 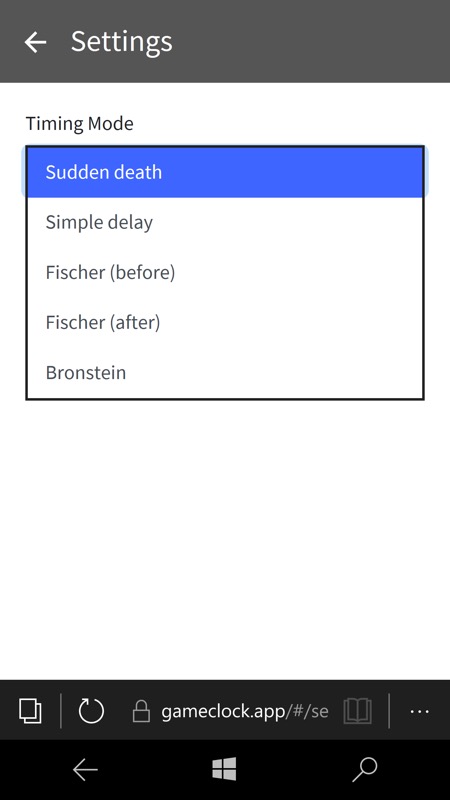 As you can tell from the timer modes, GameClock PWA is very much geared to chess, but there's no reason why it couldn't be used in any other board game. 'Fischer' modes, in case you're wondering, are variations on timing wherein each player gets a small increment before or after each move. 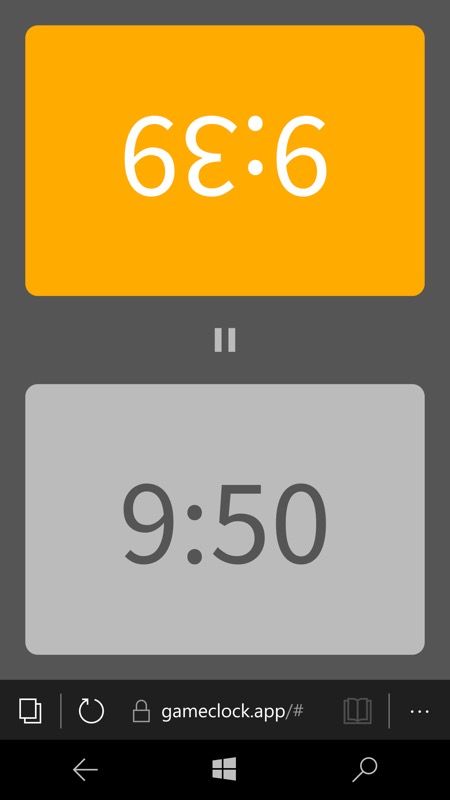 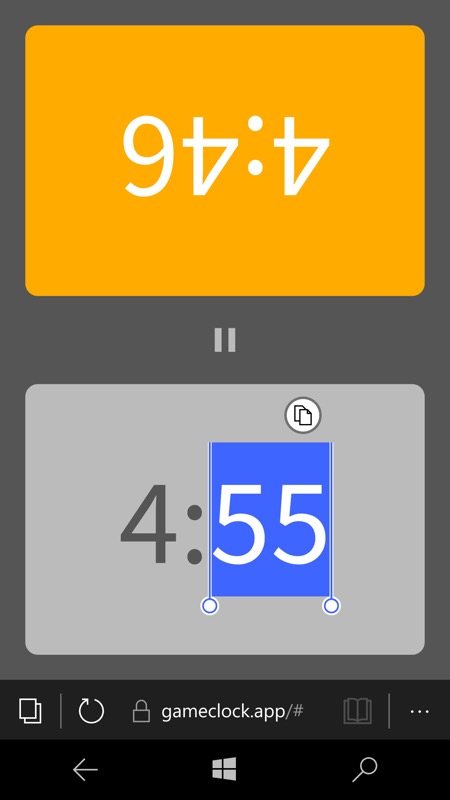 In use, each player taps 'their' panel to stop their clock and restart their opponents. Helpfully, each is shown the right way up to each player (typically either side of a chess board); (right) one small glitch is that if the player taps on the numbers themselves, they appear in this mock 'entry' mode. This doesn't affect operation but does look a bit amateur. Still, players quickly get the hang of where to tap and where not to!

The big caveat mentioned in the title is that if your screen is set to power off to save power after, say, a minute, then the clocks disappear AND the timer stops. The equally obvious fix is to disable or increase the length of your lockscreen power saving timeout, in Settings/Personalisation. Typically, for a chess game lasting (say) ten minutes per player then you'd expect at least a move every minute from each, so (the standard option of) '3 minutes' should be fine.