Having been highlighting PWAs here on AAWP for months, it's becoming clear that a little guidance might be needed in terms of the 'best' way to run them. In fact, it turns out that 'best' is subjective and depends on how you like to run your Windows 10 phone - but hopefully the advice and examples below will clarify the situation.

Taking a step back, I've written about Progressive Web Applications (PWAs) before here, explaining what they are and why they're important. So they run (reasonably well, even if they don't take advantage of all functions possible in the PWA spec) in the Edge browser that's on every phone. But there are various ways to get to them, here arranged from least to most sophisticated(!):

Although the table sets out the options clearly, some examples and screenshots may be helpful too. So here goes, I'm in the terrific Tracks timer utility in Edge on my Lumia 950: 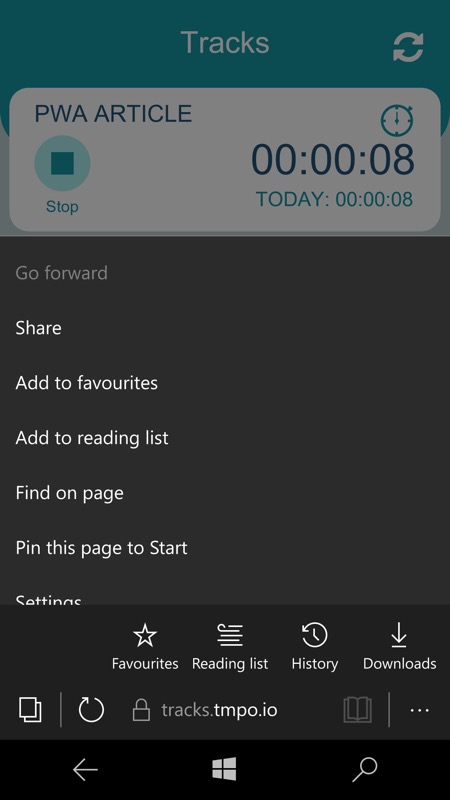 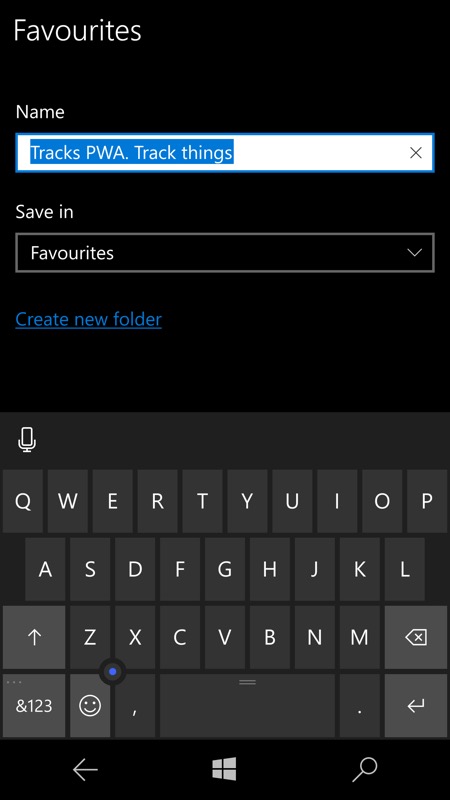 Here, Tap the '...' menu and there's 'Add to favourites', the most basic way of 'remembering' a PWA. Check the title, hit 'Save' (here covered by the virtual keyboard) and you're done. 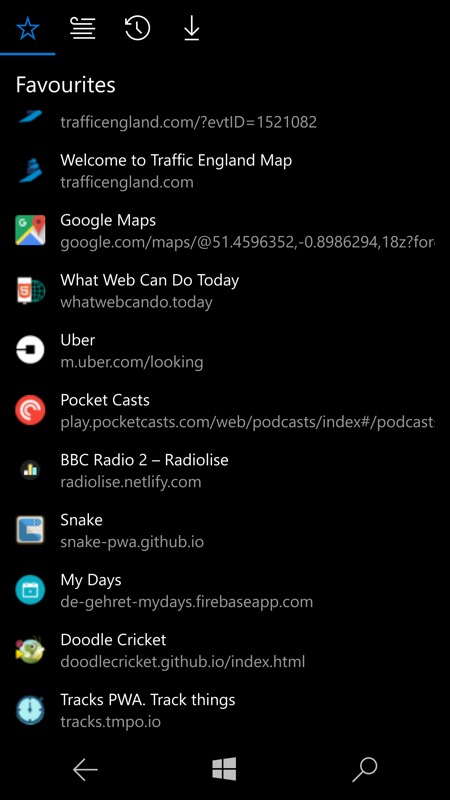 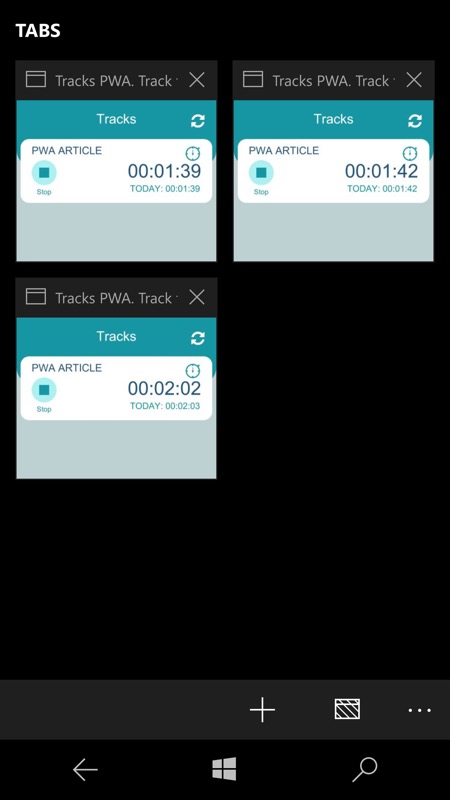 Next time you need the PWA, it's there in Favourites (at the bottom of the list here).

Next up is pinning this page/URL to your Start screen (also, as per the '...' menu shown at the top). However, there's a sting in the tail, as every time you tap the resulting tile, a new Edge instance/tab is spawned, so if you're not careful then you can end up with multiple tabs all running the exact same PWA. Which isn't a showstopper - they should still work, but might get very confusing, plus it's not efficient on resources. And if you're like me, you only check your browser tab overview once in a blue moon, so you'll probably miss the duplication.

Third up, it's using PAWA to package up the URL in a controlled fashion. This involves copying and pasting the PWA's URL from the Edge address bar (below, left) and finding (e.g. online, below, right) a suitable graphic (Bing Images is your friend) and 'saving' it to a suitable location on your phone (e.g. Saved pictures')... 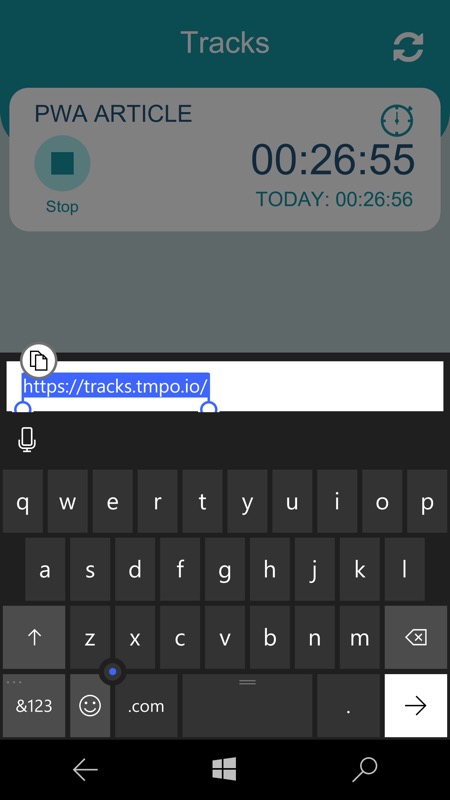 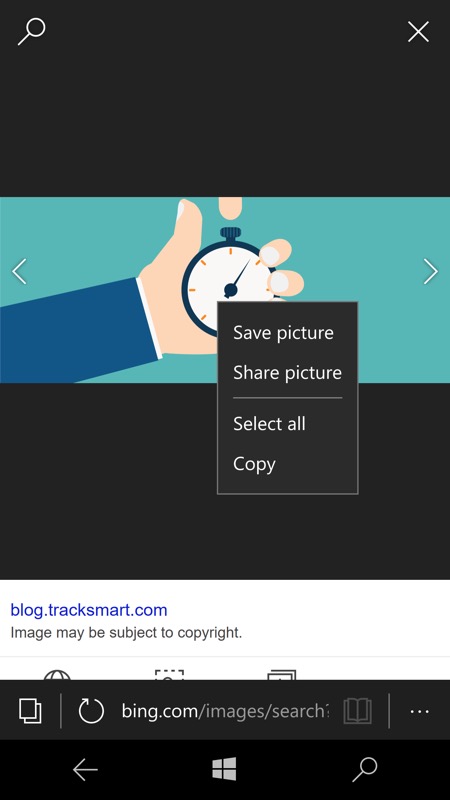 Then switch back to PAWA's Tile Creator, pasting in the URL into the PAWA form and picking the image as needed. Yes, it takes a minute or two to do, but it's a one-time operation and you end up with a nice Start screen tile that runs a special instance of PAWA itself. 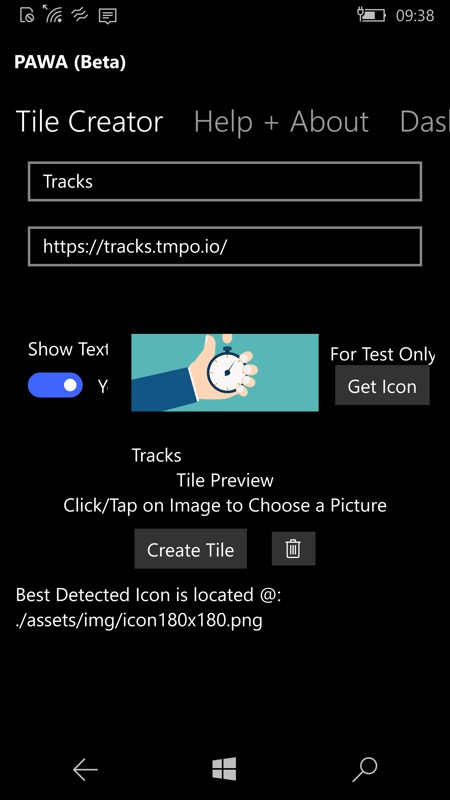 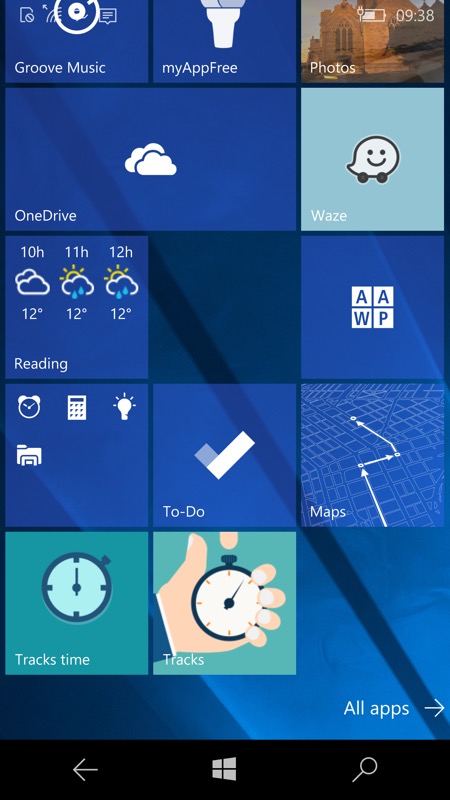 Above right, at the bottom, are the favicon-based pinned PWA and the PAWA-pinned tiles.

PAWA is designed so that you can have tiles for it for multiple sites and PWAs, without them stepping on each other. As a result, each tap on a PAWA tile involves a new instance of the app and if you're not careful then you can end up with multiple PAWA 'apps' running, in a similar way to having multiple PWA tabs running in Edge, above. However, these are more obvious to spot, since you'll be diving into the carousel many times a day, typically. And you can just tap on the PAWA instance you need from the carousel - quick and easy.

Obviously, if a developer or service has bothered to package their PWA officially in the Store (or if Microsoft has done it for them) then this is even better, since there will be no chance of multiple instances and you can treat it utterly as if a native application (in fact, the only real difference is that PWAs under Windows 10 Mobile don't have access to notifications - sadly). Twitter and Uber are good examples here, but I'm sure there are more.

Has this helped you? And what do you think of the flow (pun intended) of PWA applications highlighted on these pages in the last three months?