The list of applications which can't now be reinstalled after a full device reset is starting to grow. As noticed by a commenter on our UWP app directory, Microsoft Translator is no longer installable under Windows 10 Mobile - it's in the Store, but all you can do is start an installation on a linked Desktop device. This being essentially an online service (though the offline language packs are still available), the planned removal does make sense if the APIs are going to be moved forward for 2020. But it still hurts to not have this installable on newly reset Windows 10 Mobile phones.

Translator is on many of my test devices, mind you, and still works perfectly: 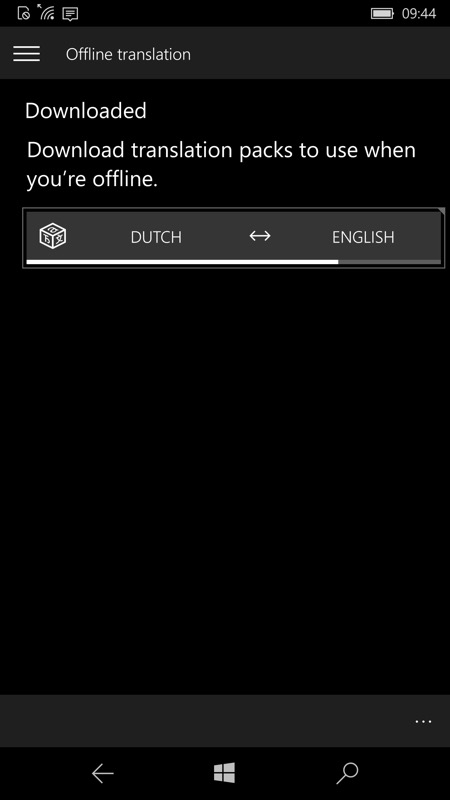 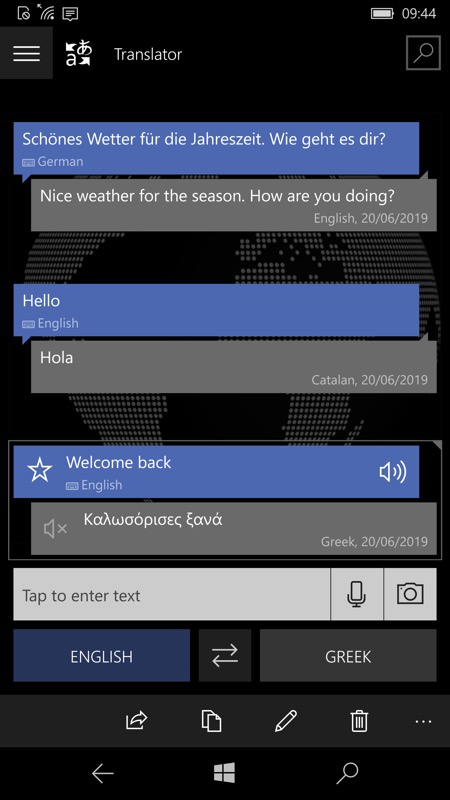 Microsoft does note on its site:

Which sounds awfully like 'We have new APIs planned for 2020, for our Desktop, Android and iOS versions, and we're not going to backport anything to the old Windows 10 Mobile UWP client'. Oh well.

Can anyone recommend a PWA front end for translation services online? Google Translate comes up with a fairly interactive interface but the usability and results are pretty awful in my tests today.

I did find SUP Phrasebook, a PWA at sup.tools, shown in action on my Lumia below: 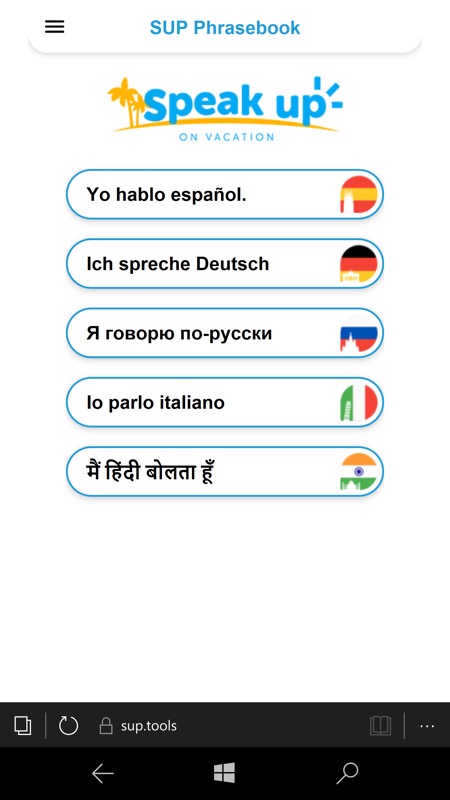 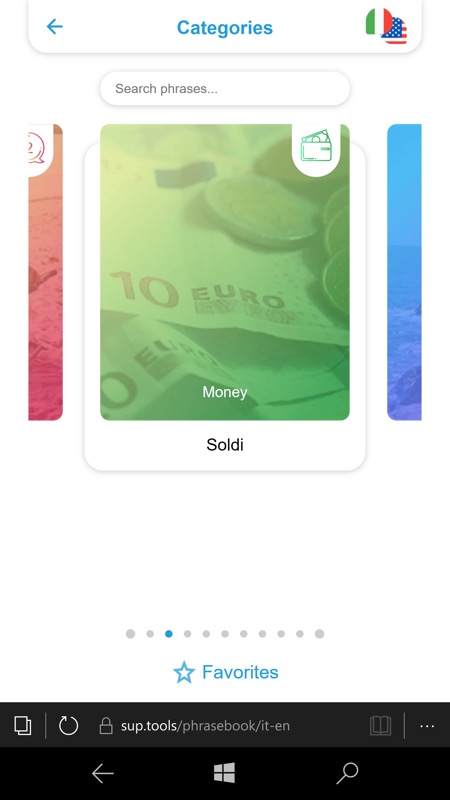 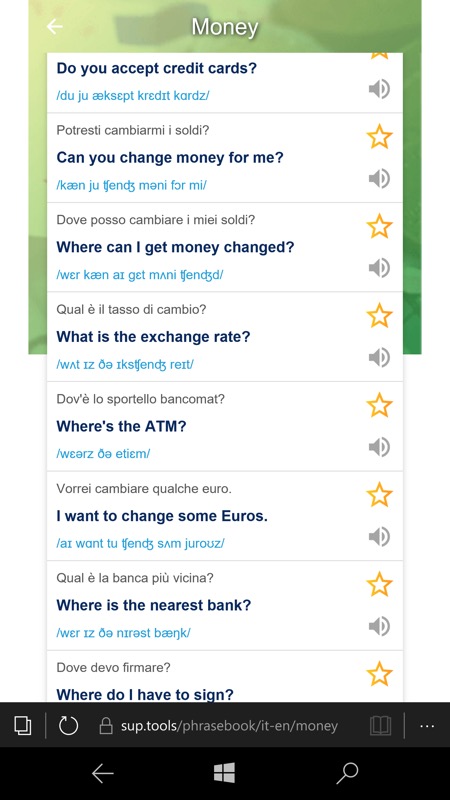 It's very limited in languages though (no French!) and I couldn't get the audio samples to work.

Of course, you can turn this into an 'app' yourself with PAWA or just pin it 'as is' on your Start screen. Or just add it as a 'Favourite'. It's up to you. If you're confused by the different PWA options then check out my feature here.

Comments welcome if you can think of other translation apps and PWAs going forwards.