Google Translate to the rescue (in Edge)

With Microsoft Translator on the way out, its offline language packs will be missed for overseas trips. But as long as you can get online then popular translation web sites and services are only ever a bookmark/pinned-favourite away. I've been trying several and thought I'd highlight the one that worked best, Google Translate (translate.google.com), see the screens below.

I also tried DeepL and Bing, by the way. In each case there were usability issues in terms of switching language pairs and/or playing audio examples. Google Translate wasn't perfect and fealls down if you try to repeat audio playback too often, but on the whole it works surprisingly well. You can type or enter text in any language via touch or voice and receive the translations visually and audibly. 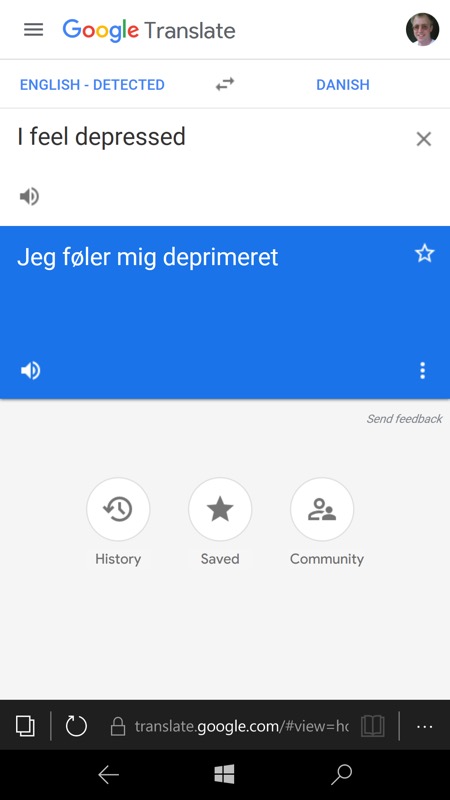 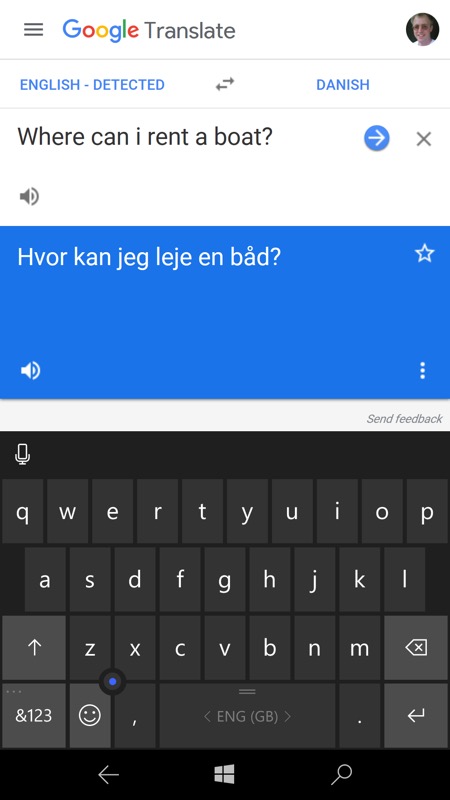 Danish, it seems, is just about impossible to pronounce from the text, so the audio playback by tapping the speaker icons was essential! 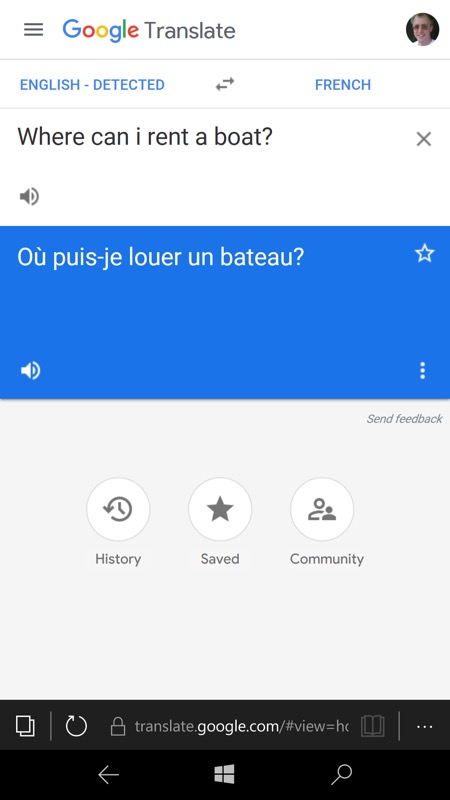 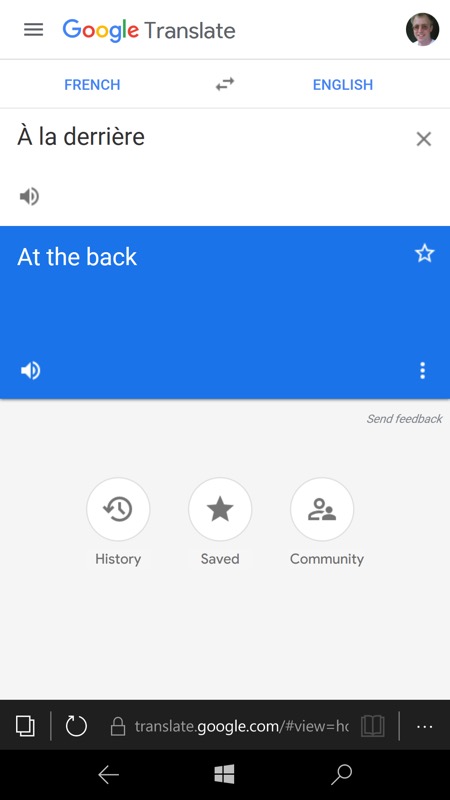 An example of pair switching. After asking the French person the question audibly and having the result spoken out loud, you tap the double-arrow icon and then they can reply (by voice after you've tapped the microphone input in your Windows phone keyboard) and you get the translation back on your screen. Job done!

Filed: Home > Flow > Google Translate to the rescue (in Edge)