Just over three months ago I posted about an update to Mini Radio Player UWP, a super application for accessing all forms of online radio, under the one roof. And the updates have been coming thick and fast, with another changelog summary below. I've omitted extra changelog items for the same app for Android, but it's worth noting that this application exists there anyway, should anyone be in the throes of switching platforms?

In the meantime, here's the huge list of what's new and fixed (for Windows 10 Mobile) for the excellent Mini Radio Player UWP in the last month or so then, for v5.7.3, over and above v5.6.6:

Phew! Quite a fix list and Mini Radio Player is, of course, better and smoother than ever in action: 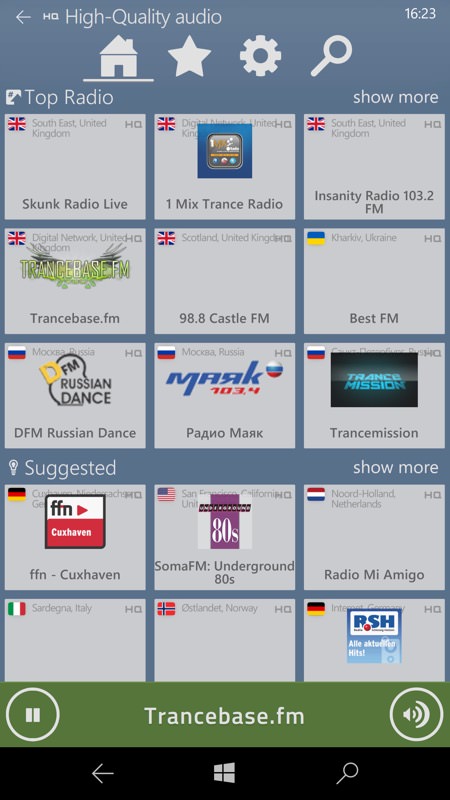 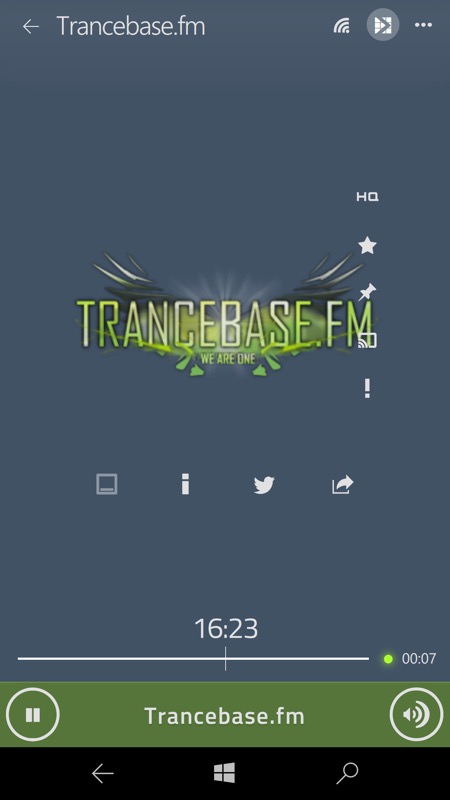 The one imperfection that's left here is that the artwork for some stations still seems missing. But the music and the content is here, don't worry! 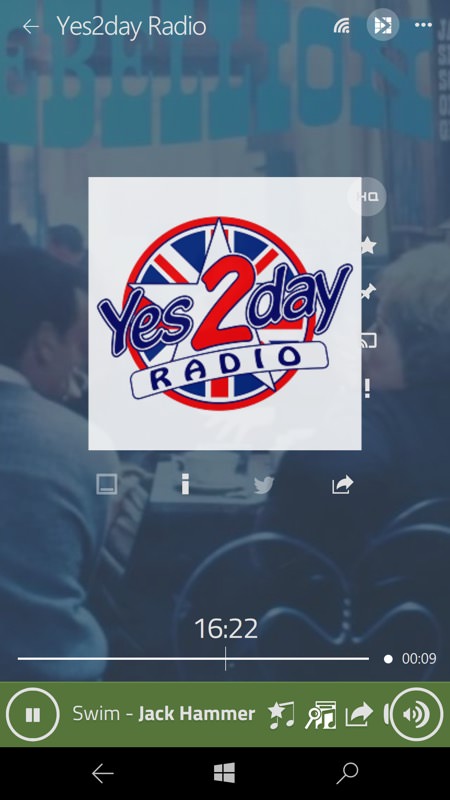 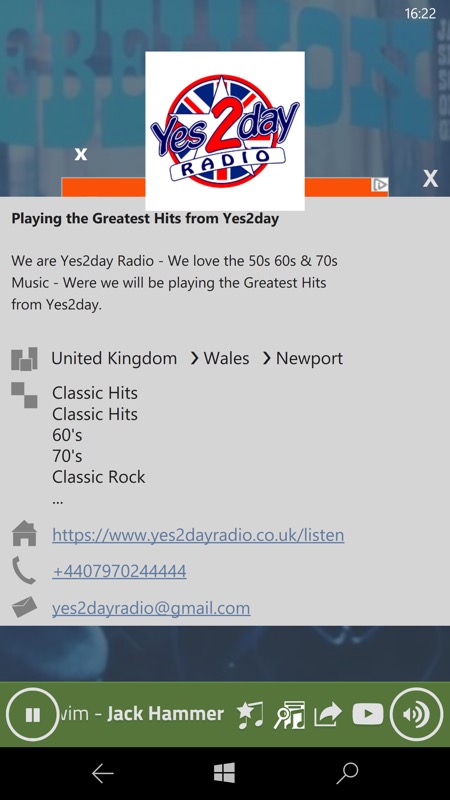 I would have liked the extra 'info' pane to go into tech detail, such as bitrate and frequencies, but instead we get website, email and phone no.! Oh well.... 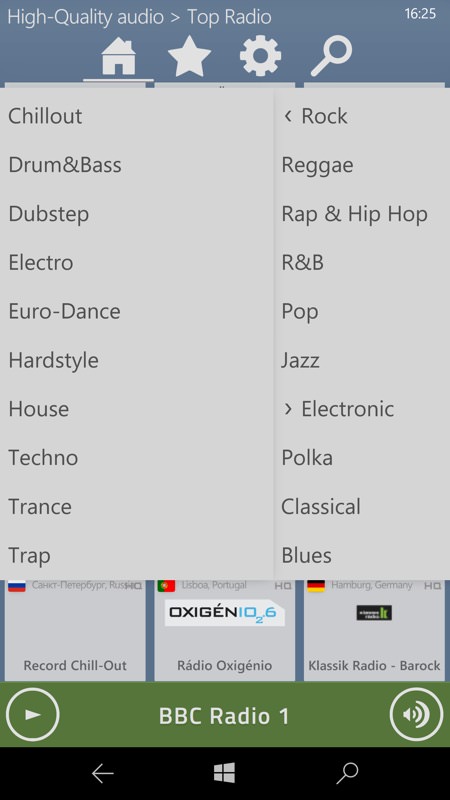 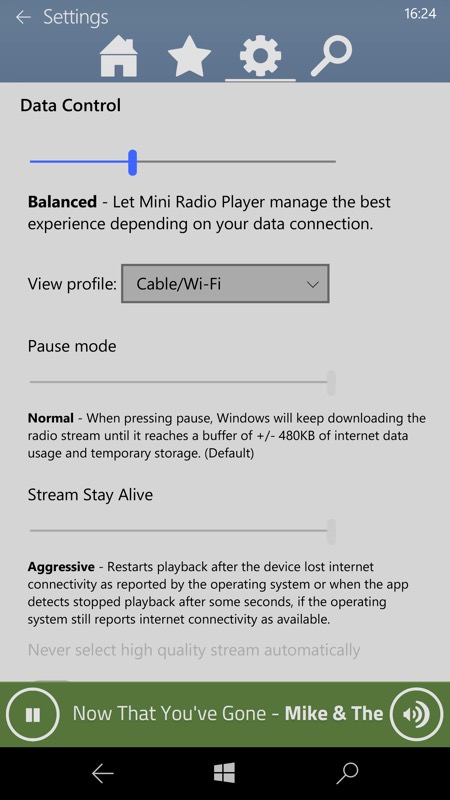 There's a hierarchical music genre picker, which should get you somewhere appropriate very quickly; (right) and there are gazillions of settings and optimisations to fiddle with. 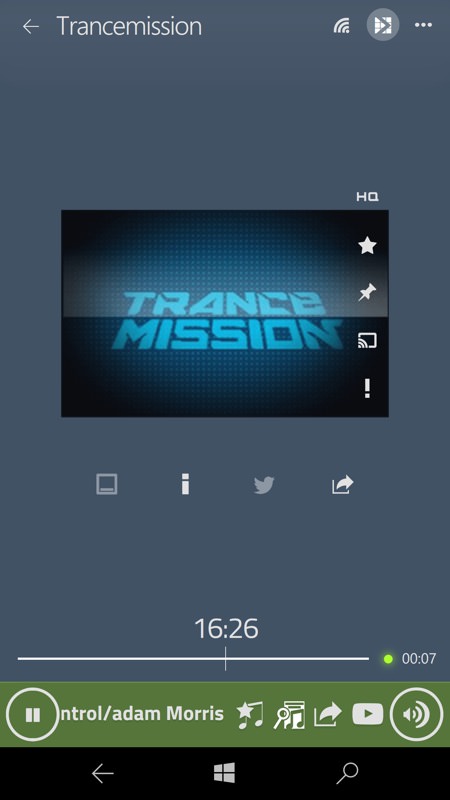 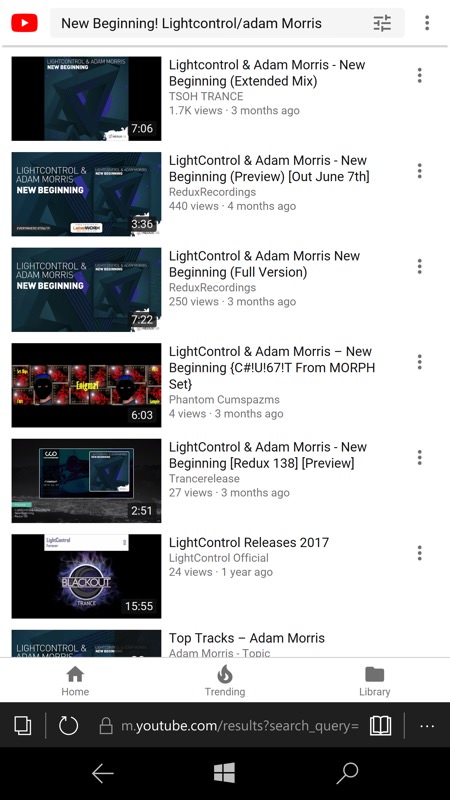 Not a new feature, but always handy, the YouTube link on the playing bar links you through to a video version of the tune if possible.

You can grab Mini Radio Player UWP in the Store here. Highly recommended and completely free if you need it to be. If you use it on other platforms and/or want to get rid of pop up ads then there's a Premium subscription option - see the notes in the app for what you get if go for this.