Sadly, another major UWP application is about to stop being supported (and, thereafter, possibly stop working with the third party service it hooks into). Audiocloud, last covered a couple of years ago, has been a really polished UWP application for Windows 10, but especially Mobile, yet its most recent update has seen an announcement of the cessation of support on 10th November 2020. Nothing's guaranteed after that, so if SoundCloud changes something in their API then Audiocloud will break. Ah well, it's been a good run.

From the notice in Audiocloud:

The app will sunser on November 10, 2020. There is no guarantee that the app will function normally thereafter. Thank you. 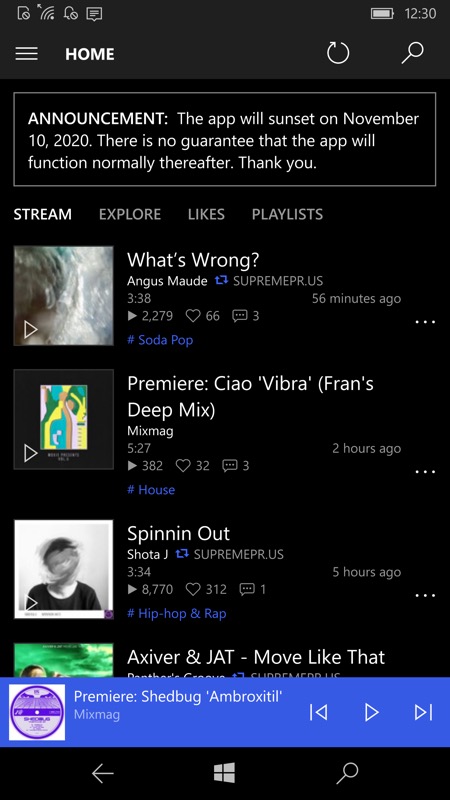 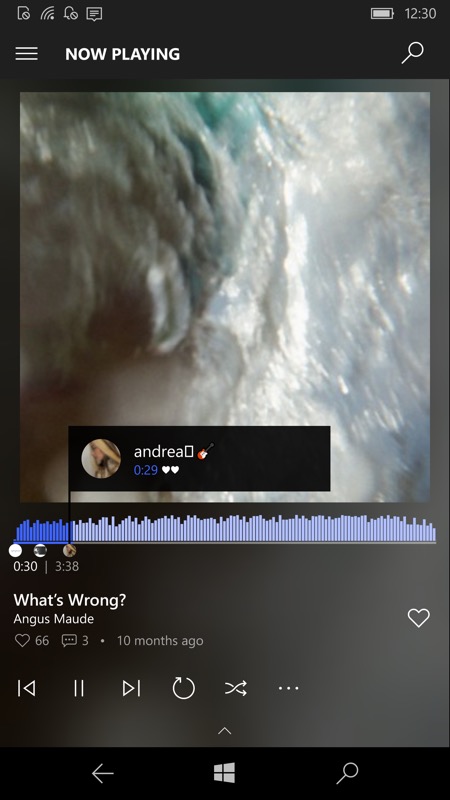 Top centre, the notice pushed out today to Audiocloud UWP users. In effect, the app will carry on working as long as SoundCloud doesn't change anything server-side. But there will no more versions and no fixes once something does break. Still, it's a pretty application and (still) works superbly. 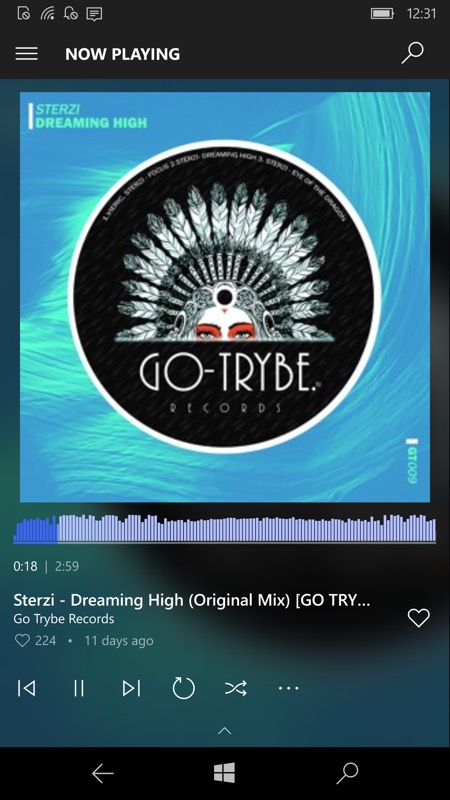 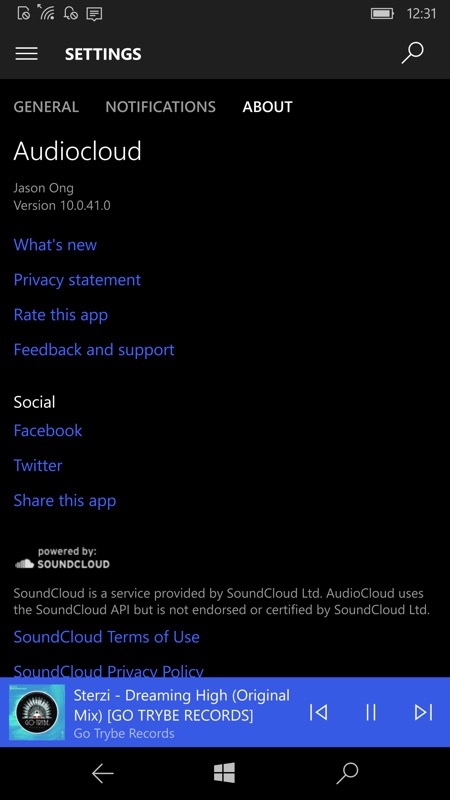 Audiocloud in action today - it's a super way to discover new music, ditto SoundCloud, which it accesses with such flair under Windows 10 Mobile.

You can grab AudioCloud UWP here in the Store - for another few weeks, at least!