In this gallery, we offer a photo-based first look at the Nokia Lumia 930, which was announced at Build 2014 last week. The Windows Phone 8.1 flagship device is a successor to both the Lumia 920 and 925 and has a five inch, 1080p resolution, AMOLED screen and a focus on media capture with a 20-megapixel PureView branded camera with Carl Zeiss optics, LED flash, and quad omnidirectional microphones.

Other notable features of the Lumia 930 include integrated wireless charging, 2420mAh integrated battery, and 4G LTE based cellular connectivity. The Lumia 930 is scheduled to ship in June, with a price, before taxes and subsidies, of around €440. 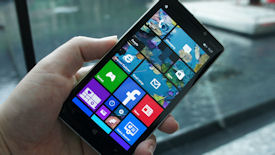 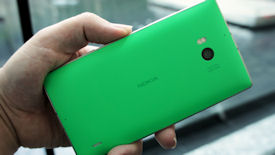 Nokia Lumia 930 from the back. The colour comes from an integral colour polycarbonate panel. The panel is slightly bowed outwards. Orange and dark grey variants will also be available. 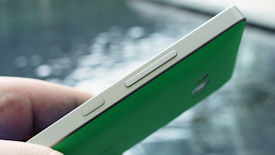 The outer edge of the device appears to be a simple aluminium surround, but in fact this is part of a frame that has been carved out of a block of aluminium. 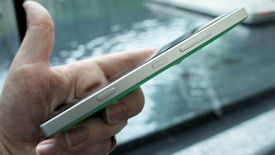 Lumia 930 from the side, the buttons are also made from aluminium. 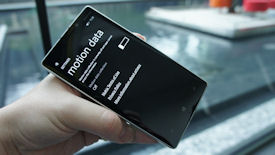 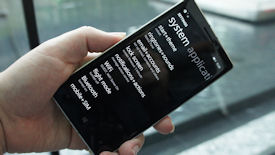 Windows Phone 8.1 has many updated settings, including the all important notifications + actions. 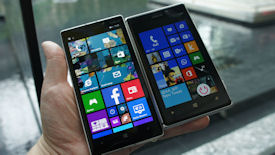 Lumia 930 versus 925. While the Lumia 930's. screen brightness is set to high in this photo, the screen is a step up from the Lumia 925 (resolution and quality). 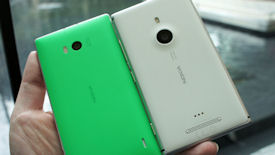 Lumia 930 versus 925 - very different approach to the camera hump between the two devices (930 uses extra space for battery). 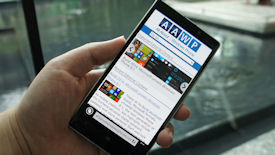 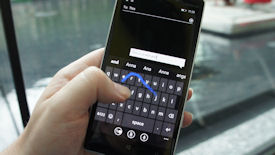 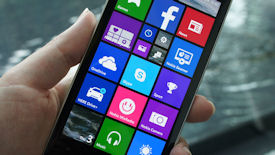 Three columns of Live Tiles across the screen. 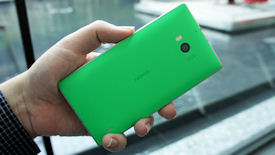 A comfortable size? While it is bigger than the Lumia 920 and 925, the Lumia 930 just about stays in the one handed use zone (for most people). 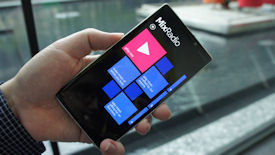 MixRadio running on the Lumia 930. Excellent. 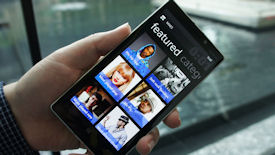 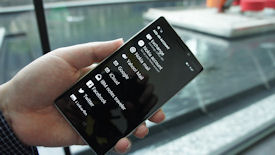 Setting up a new email account, note the support for Apple's iCloud. 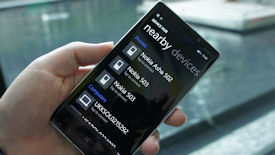 Device Hub, one of the extras that Nokia delievers with the Lumia Cyan software update. 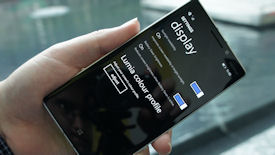 There's no glance screen on the Lumia 930, due to hardware incompatibility, a real shame. 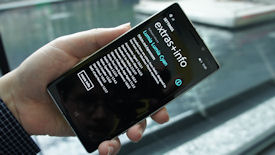 Lumia Cyan running on the Lumia 930. 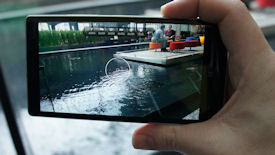 Slightly updated version of the Nokia Camera app running on the Lumia 930. 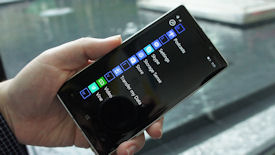 App launcher on the Lumia 930. 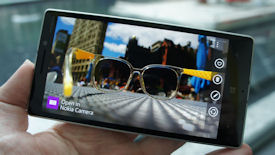 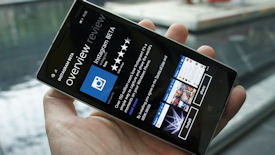 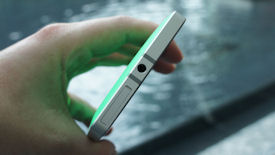 Lumia 930 from the top (showing 3.5mm audio jack). The two bands are break points for aerials / allowing cellular signal through. 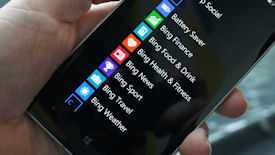 Looks like the Bing apps are going to be pre-loaded on the new Lumia devices. 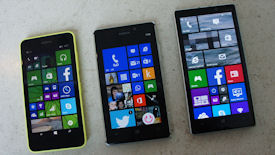 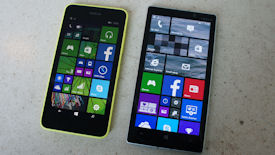 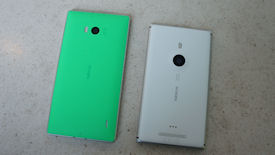 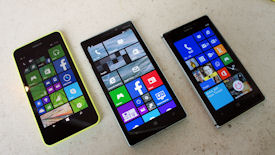