I've commented before at length (and quoted below) on the pros and cons of having sealed batteries in our smartphones, i.e. batteries which can only be removed or changed at your manufacturer's designated service centre. My stated bullet points are all very well, but I've now had direct experience in the last month that strongly leads me to declare having a sealed battery as a showstopper, for me personally, at least. Below is my tale of woe and a handy table of which smartphones are vulnerable to potential disaster in this way.

From my earlier article, here are the pros and cons of each approach to smartphone batteries:

Coming in a sealed 'Apple knows best, only Apple is trusted to open this thing up' package, the iPhone created a growing tide of 'imitators' (some caught out in the courts, mainly for copying other iPhone aspects, as you'll know from the news), all of which tried to go down the same route.

...I'd say that the popularity [among manufacturers] of user-replaceable and sealed batteries are running at roughly 50:50 - so one particular way of doing things certainly hasn't won out... The split neatly reflects the balance of pros and cons for each design system when it comes to batteries:

At which point it's appropriate to share a few tales of my own from just the last 12 months. Bear in mind that I've got 20 years of experience in the PDA and smartphone world and that I've been through (at last count) 164 different main phones/organisers in that time (including a fair number of review devices, obviously), so I'm speaking as the voice of someone who's 'been there done that', etc.

Firstly we had the Nokia Lumia 800 running Windows Phone 7.5, shown below. Beautiful sleek lines and not a battery door in sight.... It's fully patched up to date and otherwise working perfectly. But if I let the battery get down near zero (e.g. because I forgot to charge it overnight) then the phone hardware goes into a sulk and the phone won't boot up. I then have to spend an hour trying every arcane combination of reset button presses and connect/disconnect cycles before it finally condescends to charge again. 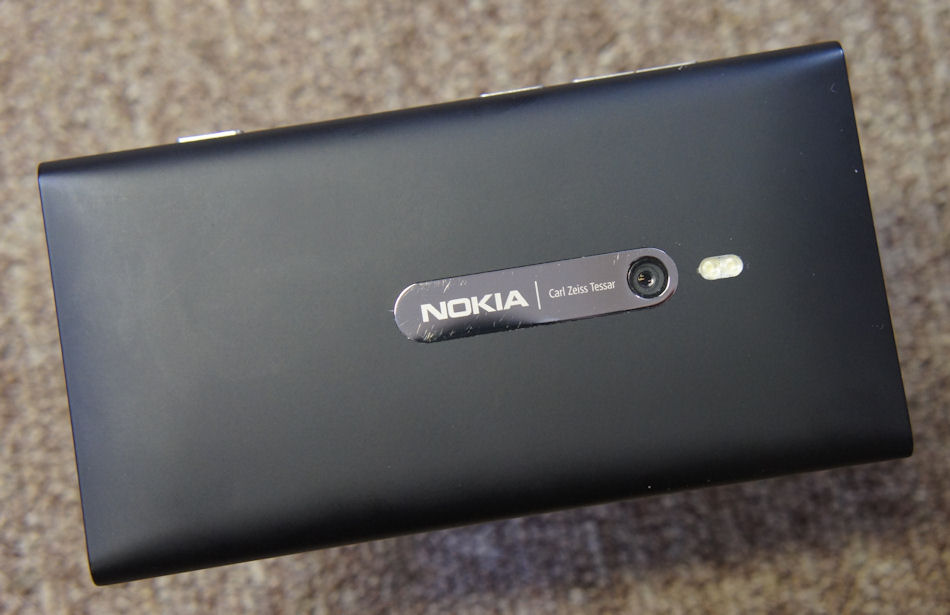 Now, I'm not blaming Nokia or Microsoft here. Well, not entirely. Firmware glitches happen, hardware oddities happen - and my Lumia 800 was one of the first off the production line, so who knows... But having a totally sealed design completely stops me in my tracks. In a phone with a replaceable battery, the procedure would be:

I've done it many times over the years and it's now second nature. And it's totally shafted by a phone having a sealed battery. When things go wrong, you're more or less helpless. The Lumia 800 continues to limp along and I have to remember to keep it topped up once a week, even if not using it. Let's take another example: my Nokia E7 Communicator, running (Symbian) Nokia Belle, died last week. It simply wouldn't turn on once morning. I know for a fact that it was more or less fully charged, the thing just... died.

At which point I stared at it. A sealed device. Absolutely nothing I could do. No amount of plugging it in or pressing buttons helped. I had no option but to drive over to the local service centre and let them try. And you know what? After a bit of a play, they gave up too, since the E7's such a pain to dismantle, and they sent it off to Nokia HQ for repair. 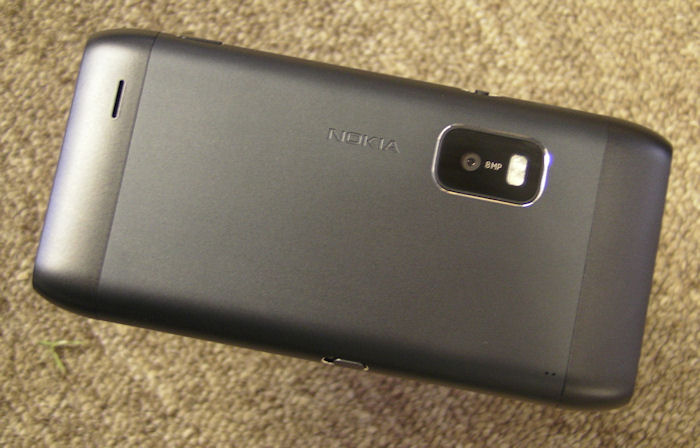 Now, it's possible that the fault in the E7 was on the motherboard and that even if the battery had been replaceable (to the extent of me removing it, waiting and reinserting it) then the device wouldn't have recovered. But I'd like to have had the option.

And dare I mention that, in any case, the E7 was almost two years old and that the battery life wasn't great? Typical for a Li-Ion battery of that age (and, typically, about 500 or so charge cycles), I'd estimate capacity was down to about 60% of what it was on day one.

It's at this point that I look at the phones in my possession and instantly divide them into two camps. Those with sealed batteries which are fun to play with and review but a potential disaster to rely on as a main, long term device. And those with replaceable batteries, which I have control over in terms of sorting out software freezes and hardware problems, in terms of putting in a new cell after a year or so, in terms of keeping a spare on hand (especially where the same cell is used for multiple phones - e.g. the Nokia BP-4L in about 10 different models, or some of Samsung's batteries), for exceptionally heavy smartphone use cases.

So, yes, two camps. I thought it would be useful to compile a list of some of the most significant smartphones that I've tried over the last two years, in approximate reverse chronological order, divided into heroes (replaceable batteries) and villians (sealed!)

This being All About Symbian and All About Windows Phone, I've also emboldened devices covered on our two sites, for interest's sake:

I'm not saying that you shouldn't buy from the second column of choices, but you have to admit that not having access to the battery is a potential showstopper. In an ideal world, a sealed battery would last for 3 years and nothing would ever go wrong that might require battery removal. Sadly, my experience tells me that things do go wrong, especially once you start pushing the phone with updates, fiddling and extreme use cases.

Am I being totally paranoid? Do your experiences tally with mine? Are you happy to just troop off to a service centre when something goes wrong? Should I console myself that the left hand 'heroes' column above is longer than the right hand 'villians' one? Comments welcome! 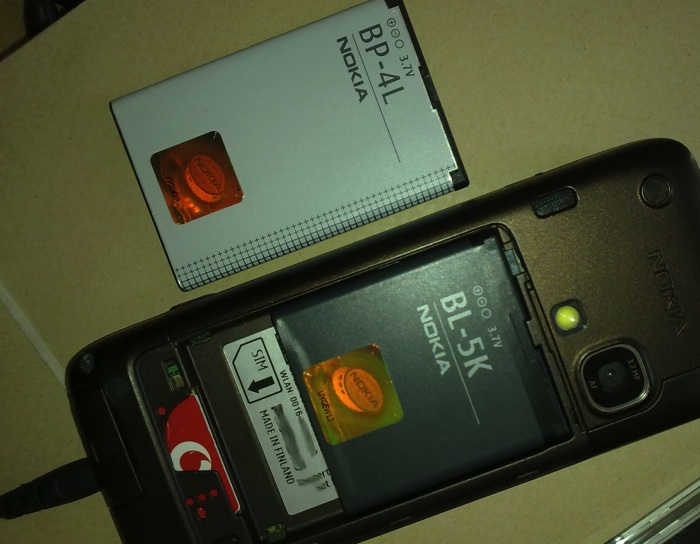 So what's going on here? A little battery hacking (shhhh) - look at the troubleshooting fun you can't have with a sealed-in battery...!