One of the most appealing aspects of Android smartphones of the last couple of years is that everything at the top end has been 1080p resolution (or above), meaning that there are a large number of games that really impress with graphical detail. It's partly why my main SIM often lives in a (somewhat hacked) Galaxy S4. With the Lumia 1520, then Icon and 930 all sporting 1080p displays, it's clear that Windows Phone has well and truly arrived in the high-def world, yet there are almost no leisure titles to use the capability.

After my experiments with LED flash earlier in the week, and after my slow Skype experience on the 1020, I've decided to shift my main Windows Phone activity to the Lumia 1520, with the more modern chipset that plays nicely with Windows Phone 8.1, the SensorCore aspects, the 1080p screen, and so on. Leaving aside how I'll get on with the form factor and reduced camera capabilities, the screen resolution was something I'd been quite looking forward to.

[For anyone confused, the 'p' bit in standard nomenclature describes the number of vertical lines of pixels across the shorter screen edge - think TV in landscape mode, which indeed is where the numbering system came from. The 'RGB' bit refers to the 1520's LCD screen pixels each having Red, Green and Blue components, whereas 'pentile' refers to a compromise system for high resolution AMOLED screens involving - typically - a R G B G layout, so only half as many red and blue pixels and green ones. See here for more on this.]

Now, it's my guilty secret this week. I have to confess. Despite there being quite a few good Windows Phone games, there aren't any that really standout on the Lumia 1520 and 930 - in fact, they all look somewhat blocky by comparison with my trusty 18 month old Galaxy S4 and the full 1080p titles that I keep sneaking back to. Run up Real Racing 3 on the GS4, for example, and the detail and realism is quite astonishing - at times it's almost like high-def TV in-car footage.

[The screenshot below is a still from in-game action, but you get a better idea from video, e.g. see here - and remember to crank it up to 1080p when playing back - obviously.] 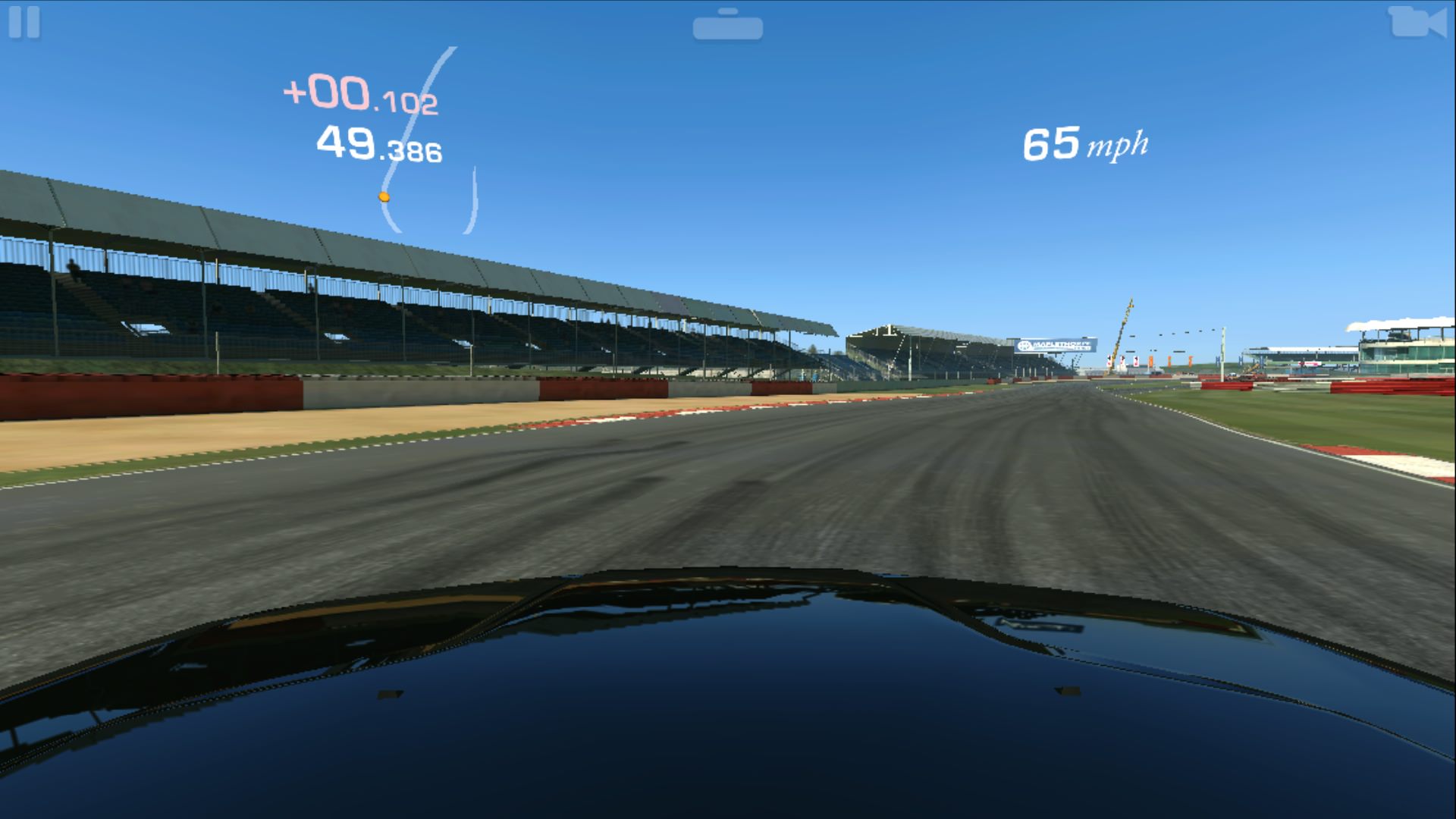 It's true that the Android world has had 1080p screens for about a year longer than Windows Phone, so you'd expect something of a head start. But the 1520 has been out now for over 6 months, the 930 for several - we should be seeing an influx of top end game titles by now. And we're not. I had a fling through the Windows Phone Store just now and only found one top end game that claimed to work at full resolution on 1080p screens - and even that referred in its description to 'Android tablets'! #facepalm

Am I being a little picky? Perhaps - the 720p/768p-coded games play fine on the likes of the Lumia 1520 and 930, but even my imperfect eyes, on that huge 6" screen, can tell that things aren't exactly optimal. Straight diagonals have 'jaggies', fine detail is 'fuzzy', and so on. 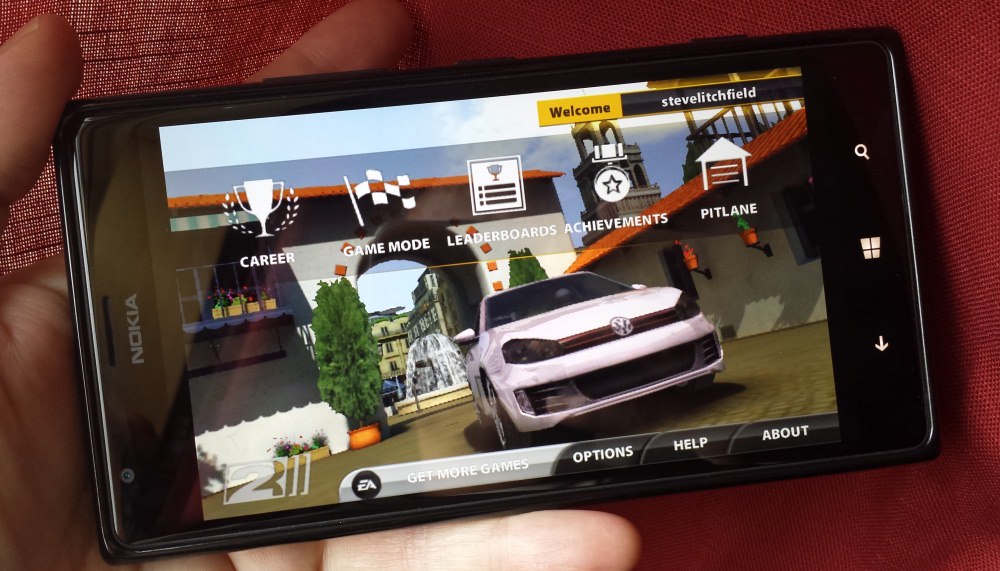 The problem for developers, of course, is that reworking an existing game title to work at a higher resolution is leagues more work than simply tweaking a typical productivity application. In the latter case, the OS and its routines do most of the work in terms of fonts and UI elements, at most you might have to rework a few control icons. To make a 1080p version of your existing 768p title means rendering/drawing/modelling completely new high resolution graphical elements and backgrounds. Plus the gameplay (e.g. collision detection) may well need tightening in order to avoid ugly glitches that were glossed over at lower resolutions.

In other words, creating a higher resolution game is a lot of work and expense. I'm talking from experience, too - I did all this myself, in a much smaller scale, back in the 1990s when I had to rework my Psion games for higher resolution screens as the hardware evolved. With the current relative marketshare of Windows Phone across the world (less than 3%), compared to Android (over 80%), you can see why the top developers have poured their graphical and coding efforts into the latter platform.

Creating something of a chicken and egg situation, at least at the top end of the smartphone spectrum. Without top 1080p game titles, the new generation of Windows Phone flagships over the next 12 months can't really be shown off to full effect - most early adopters also love simulations and other demanding games, and Android is simply far better supported - so buyers will veer in the latter direction, increasing the platform divide in terms of sales and attraction for developers still further.

Of course, Microsoft's ambitions may lie completely in the low and mid range for its 'Nokia-less' (in terms of branding) future, surrendering the high ground to Android for good.

As a Lumia 1520 user though, looking at the gorgeous and powerful hardware that's rather underused, this would be a crying shame. I want Real Racing 3 for Windows Phone. And a host of other flagship titles...

Comments welcome - do you know of any Windows Phone games (other than trivial low-graphics affairs) which use the full 1080p screen? And how big of an issue is the lack of 1080p games?