Never mind the 'affordable flagship', what about an ACTUAL one?

Notable at the Lumia 830 launch was the tag line "the affordable flagship", and Microsoft was right, the Nokia Lumia 830 is terrific value for what you get, as you'll see soon in our hands-on review. However, what's evident from both comments across multiple stories here at AAWP and from the perception of Windows Phone in the tech media, is that what's needed is a genuine flagship, something that has everything but the kitchen sink thrown into it and never mind the price, or indeed eventual sales figures.

"Ah", I hear you say, "What about the Lumia 1520?" True, this does have sky-high specs, but it's also a enormous slab and certainly not everyman's phone, not even for geeks.

"But there's the Lumia 930!", you say next. This is indeed a very capable device, but 'very capable' is about the best that could be said about the 930 - the screen is compromised (not least because of lack of 'Glance'), the camera is compromised, the bezels are arguably too big, I could go on.

"What about the newish (and clumsily named) HTC One (M8) for Windows?" Huge bezels, so over-tall, plus the camera is a huge kludge.

True, I'm being a little picky here, but then when pitching for a flagship device, something to pitch in with the likes of the Apple iPhone 6, the Galaxy S5, the new HTC Desire EYE, the Sony Xperia Z3, I think it's OK to aim high. With the saturation in the smartphone world these days, what's needed is somthing that goes beyond 'very capable' and ends up 'superlative', with multiple unique selling points.

There is absolutely nothing whatsoever, other than a little determination with budget, preventing Microsoft (née Nokia) producing a Lumia 1030 with specs:

Such a device, with the now mature Windows Phone 8.1 Update 1/Lumia Denim on board, would be a true mass market flagship and would come up as a genuine competitor in all magazine and web site comparisons and shoot-outs. And would win many of them. 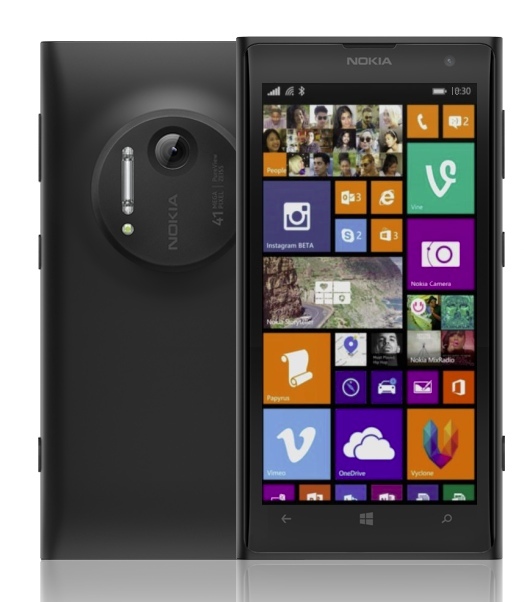 The point is that the Windows Phone world would have a true flagship, a genuine halo device that can be held up against the best of what the rest of world has to offer and which will come out the other end smiling. Some typical (possible) reviews:

"The Lumia 1030 stuns with its performance and features." (CNet)

"Get past the choice of OS and there's nothing in the world that's more capable in your pocket." (Engadget)

Even if such a Lumia 1030 might 'only' sell a million units, the impact on the rest of the smartphone world and on its own Windows Phone ecosystem would be far bigger than any profit made, financially.

There's a fundamental flaw in my thinking, of course. Timescales for creating a new smartphone, especially a flagship, are typically 12 months to two years. Even allowing for re-use of the 1020's camera and the 930's screen, if Microsoft was to commit to a 1030 right now, we wouldn't see the device until Christmas 2015.

Which means that, for us to see such a genuine flagship this year, Nokia would have had to have conceived it around summer 2013 and the project would have had to get through the Microsoft takeover unscathed. That we haven't heard any rumours, and bearing in mind what we know about Microsoft's own philosophies, I think the chances of my wishes above being fulfilled are remote, to say the least.

But I'm still right. And you can't stop a man from dreaming.

Filed: Home > Features > Never mind the 'affordable flagship', what about an ACTUAL one?