The Lumia 1020 has held itself apart from the Windows 10 Mobile story and all the Insider builds, with writers like me saying 'Stay on 8.1'. The specialised camera hardware and Xenon flash, the 2GB of RAM allied with the older S4 processor, the iconic status and operation which no one wanted to ruin with a beta non-optimised OS. But recent developments and builds have let the 1020 back into this 2016 mobile OS and it works surprisingly well. It's no 950 in terms of performance, but the Lumia 1020's imaging hardware will still be unique through 2016, I predict. 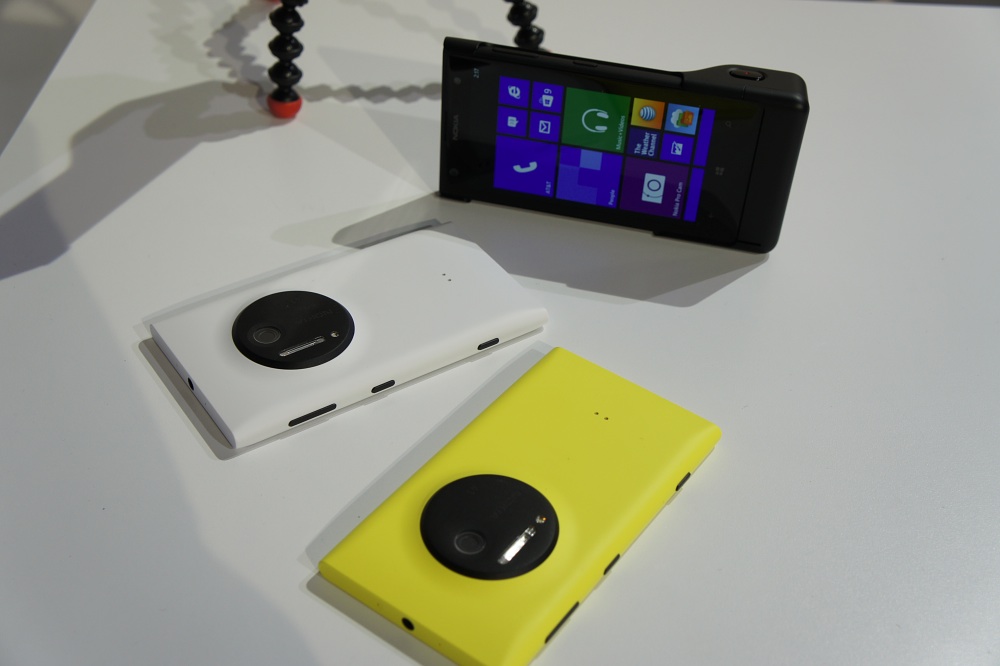 With the very latest builds (10572 onwards), comes an allowance from Microsoft that it's now possible to carry on using the classic 41MP-aware, oversampling Lumia Camera application under Windows 10 Mobile, prompting me to take the plunge on my main 1020 and use it day to day. There are some quirks, but they're all down to platform wide bugs which have yet to be quoshed by Microsoft - none are to do with the 1020 specifically. Meaning that, as Windows 10 Mobile matures over the next month, the 1020 will become even more solid.

Moreover, build 10581 is much smoother than previous Windows 10 Mobile builds - I'm guessing that all kinds of debug code has been removed and that many modules of the OS are now at 'production' status. See the table below for some real world benchmarks, looking at the new OS on this older S4-based handset versus the Snapdragon 800 series Lumia 1520. Take it from me that the Lumia 1020 is now a qualified 'go' on Windows 10 Mobile. Screen-to-screen progress is nowhere near as fast as on the 2015 iPhones and Android devices, but then I don't expect it to be. The important thing is that there are no showstoppers.

One intriguing aspect is that, under Windows Phone 8.1, the unique (at the time) 2GB of RAM on the Lumia 1020 was partitioned such that the camera had exclusive access to half of this for resampling duties. Under Windows 10 Mobile, the OS and interface is pretty smooth and makes me wonder whether the 2GB of system RAM is used more efficiently for Windows 10 Mobile, i.e. for more than just the camera. Off the record, according to Microsoft, nothing has changed, but a whole new operating system with new RAM techniques must surely delve deeper into the 1020's hardware? I'll report back on this if I find out any more.

What's certain is that the USP (Unique Selling Point) of the Lumia 1020 is still 'unique'. Even today there's nothing with a current OS with as high a native resolution, with so pure an output (at 5MP, oversampled), anywhere near so large a sensor, or - the biggest plus point of all - the Xenon flash. I'm not saying that other modern camera phones don't get close for many uses cases - my own tests show that the likes of the iPhone 6s and Xperia Z5 and G4 are faster and potentially better than the old 1020 for quite a few scenarios. But in terms of raw quality, in terms of the PureView zoom, and in terms of the Xenon-lit, typical indoor/evening moving subject use case, the Lumia 1020 still reigns - and now it does it on Windows 10 Mobile for 2016 and beyond, with all Microsoft's latest 'grown up' services and tricks.

I did want to quantify the performance of the 1020 under Windows 10 Mobile though - the 2012/2013 S4 processor is a long way behind the chips in today's flagships. But Windows 10 seems to cope pretty well on the whole. Once the Lumia 950 arrives, we'll have a better benchmark/comparison (and for imaging too), but in the meantime I took the very top end Lumia 1520 and pitched the same build against my yellow beauty. I used build 10572, though 10581 is now the very 'latest', as I write this:

* There's a question mark over exactly how this 2GB is used on the 1020 under Windows 10 Mobile, i.e. if there's still partitioning at play...
** This will depend on the exact apps installed and server conditions, of course, so take this stat with a pinch of salt!

As a rule of thumb, anything non-trivial will take twice as long to do on the older 1020, compared to the newer Lumia 1520 - and we're expecting another factor of two up to the likes of the Lumia 950 XL, with a Snapdragon 810 chipset. Making the 'humble' Lumia 1020 up to four times slower for some operations - but in my eyes this isn't a showstopping issue.

For most day to day activities - email, calendar, music, navigation, Twitter, and - of course - taking photos, the speed at which Windows 10 Mobile runs even on an older S4 processor is just fine, especially with enough RAM to keep multiple applications ticking over. Glance screen, one of the 1020's other non-imaging highlights, is also present and correct, though Weather keeps defeating me in terms of a full-screen Glance experience and I suspect another update to Weather is needed.

The critical imaging workflow is now fully restored. I.e. take a photo, review it, reframe it, edit it in Lumia Creative Studio, and so on. There's a little more recursive launching of Lumia Camera itself than there has been under 8.1, but hey, it all works. There are minor glitches, such as reframing and then realising that the version Windows 10 Mobile Photos is showing is out of date, so having to go back to the thumbnail view in order to get the refreshed version. Indeed Photos can get a little confused sometimes, occasionally showing both the reframed version AND the original underlying 34MP file. But Photos is getting bug fixes every week, so this will all get fixed, I'm sure.

Auto-backing up also works fine, via OneDrive's 'SkyDrive Camera Roll' folder, albeit with the full resolution versions of images, which can take a while and suck up bandwidth. I'd love to have the option as to what gets backed up, according to connection type and preference - I always preferred having the purer, natively oversampled versions as the images that got auto-saved... 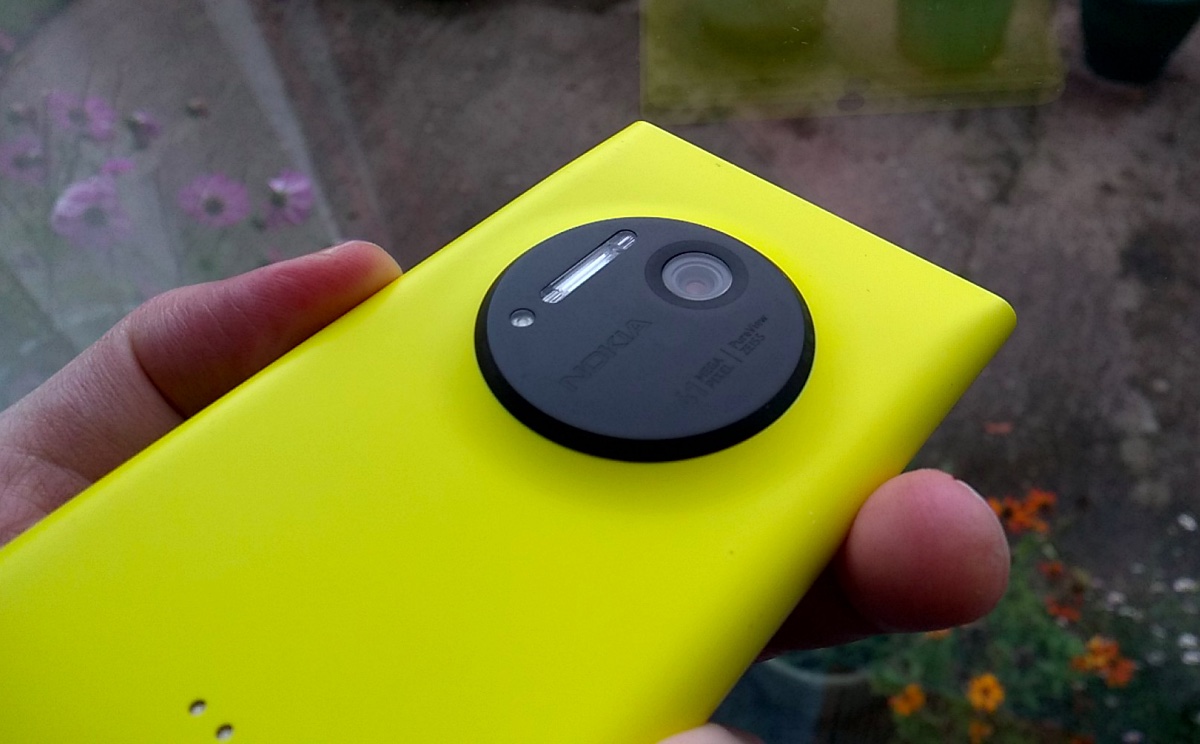 I look at the upcoming Lumia 950. I then look back at my 1020, with 8 to 1 oversampling, lossless 3x zoom, Xenon flash, and reframing abilities. Rinse and repeat - and I'm still not sure that the 950 wins out for my personal photo-centric use case. I'm quite clearly deluded and insane for thinking this, but hey, consider me - and this article - a data point, at least.

It's pretty clear now that we're never going to get another smartphone camera with 'proper' flash from any manufacturer going forwards. The 1020 is, as the 808 was before it, the last of its kind, as I've said many times before. But, thanks to the way Windows 10 Mobile slips seamlessly onto Windows Phone 8.1 hardware, there's no reason why we can't eke out another year of life from the yellow classic. Making it, effectively, the 'Xenon flash, 41MP PureView, 2GB Windows 10 Mobile flagship for 2016', from my title above, even if the 'flagship' reference only applies to imaging(!)

PS. Of course, one big caveat to all this is that any Lumia 1020 hardware which has been used a lot since launch will be getting rather 'old', with the AMOLED display distinctly degraded and with the battery down to getting on for half original capacity. If you can get a spare phone or original parts, then see my DIY transplant feature!

PPS. One technical note: after the initial upgrade from 8.1 to Insiders Build 10572, Lumia Camera didn't run at all on the 1020, but an over the air 'Configuration Update' on or around the 28th October 2015 fixed it. If you copy me and upgrade, and have the issue, then check 'Settings/Update your phone', and see if the latest tweak is available for your device too - it should be. As should build 10581, of which more in our other story.