Frustratingly, Christmas gets in the way of the great Windows 10 Mobile beta test

The trouble with things taking longer than expected is that projects then run into immoveable feasts. Quite literally, in this case, with Windows 10 Mobile seeing a massive flurry of activity in November and early December, getting SO close to a stable build for the new 950 flagships... only to then run into Christmas. So, what state is the OS in and how important will be the time (and inertia) lost?

It has been a frustrating time for all (ex-)Nokia/Microsoft/Lumia/Windows enthusiasts. The big roll-out of Windows 10 on the desktop, mostly finished, followed by a series of cumulative updates that have rounded out Windows but which pushed Microsoft development time for the ARM-based mobile version later than expected. Although no hard and fast deadlines were given in public, we were expecting the Lumia 950 and 950 XL, at least, coming onto the streets in the USA in November 2015, to ship with a version that was stable and free of any major bugs. If not these, then certainly the UK and European roll-out, slightly delayed but now underway, mid-December.

This didn't happen and the devices remain driven by an OS and core applications which are demonstrably imperfect. But the pace of public builds (seen through the Insiders Programme and then in official over the air updates) has been high over the last month and there was a real sense that we were close to a build with no major showstoppers. Just a few more weeks and we'd be 'there'.

And then we hit Christmas. Yes, it's time for a 'Bah, humbug' moment(!), but everything essentially shuts down at Microsoft (or any other major software developer) from mid-December onwards, to re-open when people stagger in with New Year's Day hangovers in the first week of January. Not everyone goes home for two weeks, of course, but there's no point in 'flighting' new builds and shepherding them through the various approvals when at any given time most of the people needed won't actually be in the office.

The last public build of Windows 10 Mobile (via Insiders 'fast') was 10586.36, reckoned to fix a lot of the battery issues and general instabilities that people had been experiencing. And it's been quite useable on the editorial Lumia 930. There were then a flurry of reports that some retail Lumia 950 and 950 XL units were receiving this, but then the reports ceased. Christmas happened and the rollout stopped, leaving user and review handsets across the world on the less-than-perfect 10586.29.

Sorry if I seem a little obsessed with version numbers here, but they're important since if the core operating system isn't stable and well behaved then the whole user experience will suffer, however great and grown up the applications. 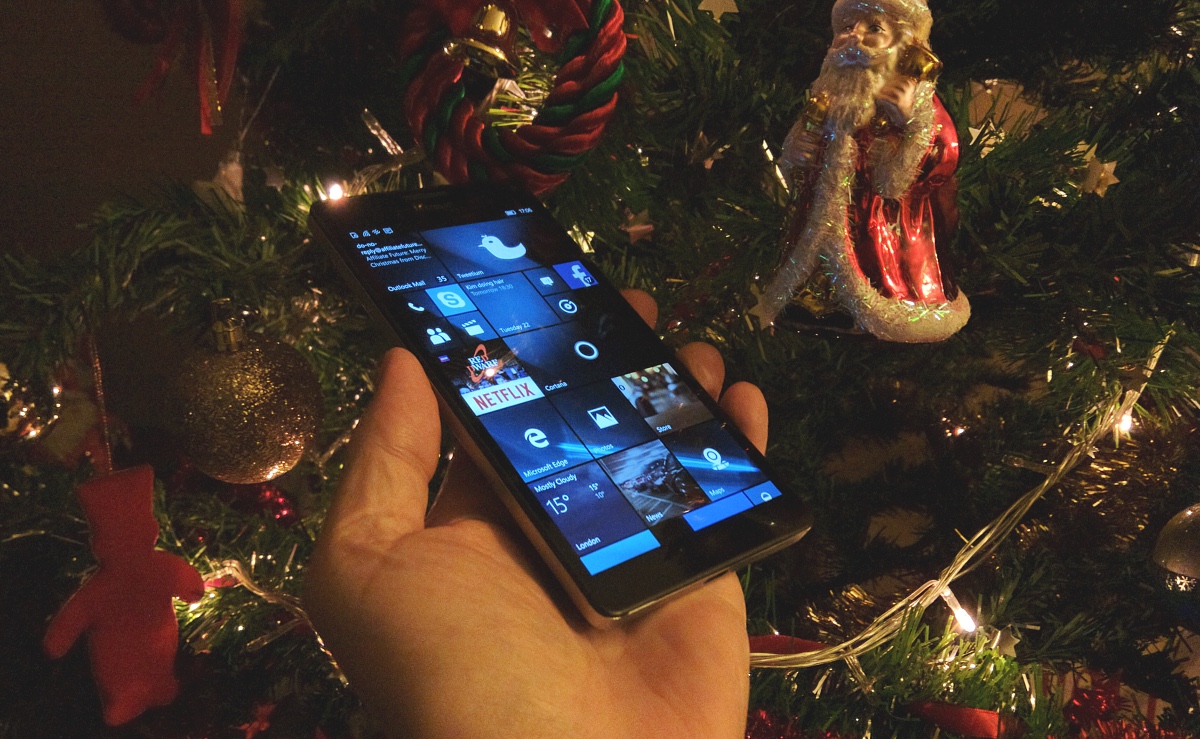 As a test, with an eye on using the Lumia 950 XL as my main smartphone and camera over Christmas, I hard reset this device and set it up completely from scratch. In other words, using this in as utterly a 'vanilla' set-up as I could manage, this with the official build 10586.29 on board. And yes, I checked numerous times for build '.36' popping up, to no avail. Everything's on hold for Christmas....

As a result, within 24 hours of starting the experiment, with my rudimentary set-up of Microsoft and Google accounts syncing, Twitter and Facebook installed, all updates for all core apps in place (that took an hour or so, as usual!), and with a handful of third party apps - Netflix, Metropass, Metrotube, and so on, I had to abandon the Lumia 950 XL and Windows 10 Mobile 10586.29, with:

I can live with the 'app gap', I can live with minor application features being missing - or even bugs - they'll get fixed in time via the Store. But if the above bullet points are representative of the sort of painful issues that all Lumia 950 and 950 XL owners (and reviewers) are experiencing, then this is all something of a problem. And it's all the fault of Christmas. Well, maybe 50% Christmas, 50% Microsoft, for getting so far delayed in the first place.

The old adage is that you never get a second chance to make a good first impression and this is more true than ever with smartphones, where reviewers see operation under the first firmware and their review text remains online, unchanged, for years. You may point out that my own review pieces on the 950 and 950 XL didn't mention some of the points above, but that was on previous firmware (10586.11), meaning that build .29 (which did roll out worldwide) was a step backwards in terms of stability. Sigh.

So we're now waiting for Christmas to be over and for Microsoft to get back to work. Add in a week of testing inside the company and we're looking at another two weeks from today before retail devices get the fixed firmware officially. And that's before work gets underway to fix the mountain of application-specific issues (e.g. selecting photos not working properly from within other applications, Camera being incomplete, etc.) Sigh.

That's the frustration of the tech-fan, at least. And probably of the tech manufacturer. Both of whom wish that Christmas could have come a month later this year - another two or three weeks of testing and rollout really could have made all the difference to the new flagships....

There's more to life than smartphones, of course. There's friends and family and celebrations over the next week or two, except that you're less likely now to be using a Lumia 950 or 950 XL for your interaction and photography.

There's one big workaround, of course, and that's to slap the Windows Insider application on a 950 or 950 XL and get hold of build 10586.36 that way, circumventing the Christmas delay. It's a shame that most regular users and reviewers won't know about this.

PS. My new best guess is that the official Windows 10 Mobile updates for the likes of the Lumia 640 and 830 won't now start rolling out until the end of January and that the older S4-based phones (e.g. 1020) won't see the new OS until well into April 2016. This delay is less important in light of the struggles above, of course, there's simply no point in rolling out updates to the great unwashed until Windows 10 Mobile is locked down and stable.

Filed: Home > Features > Frustratingly, Christmas gets in the way of the great Windows 10 Mobile beta test