There's an interesting editorial over the pond by my nemesis in the USA, Paul Thurrott (you won't believe the number of times we're both tagged in the same tweets, etc.), talking about the way Windows Phone is indeed dead and has been dying since July. While the stats quoted are accurate, of course, I do think Paul is missing part of the picture. The revised picture, the concept, the vision, away from expectations of mass market sales in their millions.

The idea, in Nokia in 2011, was that choosing Microsoft and Windows Phone to take over from carrying on developing Symbian (and MeeGo) would save the company money. Writing operating systems and first party applications is expensive, and here came new CEO's old boss and Microsoft to the rescue with a ready made, futuristic interface and a willingness to do all the bits and bytes.

We won't go over the whole miscommunication of the transition again (therein lies the usual 500 comment debate), but suffice it to say that it wasn't until Windows Phone 8.1 and the Lumia 520 and 920 a couple of years later, that any Nokia Windows Phone sold in decent numbers. Two years in mobile is an eternity and Android grabbed all the attention and development time in the resulting vacuum, emerging with well over half the smartphone market at the time. And 'Windows Phone' never really had a chance from then on, struggling along with 10% or so marketshare in some countries but a lot less worldwide.

Things changed again in 2015, but let's use Paul's editorial to tell the story from here. I'll lift out some salient quotes and comment on each as I go:

Microsoft conceded the smart phone market to Android and iPhone last July when Mr. Nadella wrote an open letter to employees explaining that it was time to “fundamentally restructure its phone business.”

...No longer pushing to compete with Android and iPhone, Microsoft could focus on serving fans (with the flagship Lumia 950 and 950 XL that no one seems to even like), value phone buyers (with the Lumia 550) and business customers (with the coming Lumia 650)

I think the ceding of the market in general has been evident for a while, yes. With the vacuum mentioned above and the loss in momentum, there was simply no way to catch up in any meaningful way. This was compounded by Nokia's insistence (and then Microsoft, picking up the pieces) on concentrating on the budget end of the smartphone market, producing far too many cheap and cheerful models when the Chinese were coming and this part of the market was about to be a bloodbath.

At least Nadella has enabled a new concentration on the 'high' end, with the Lumia 950 and 950 XL 'for fans', though at this point in time we're only looking at millions of sales, not tens of millions - again, the smartphone market for the mainstream was conceded back in July, as Paul states.

Paul also throws out the fascinating:

The Nokia purchased was a total loss. Had Microsoft not purchased Nokia, it would have tried its hand at Android phones and failed anyway.

That's another hot potato, of course, and I think he's dead wrong. Every single Nokia fan back in 2011, fresh with enthusiasm for the N8 and E7 hardware and with the 808 PureView technology brewing nicely, would have far rather seen the company turn to Android. If Symbian had to go then MeeGo or Android were much closer fits to the classic Symbian attributes of multitasking and extreme functionality and customisability. I believe that Nokia should have phased out Symbian more gradually and phased in Android and that they'd have done well - at least as well as the likes of Sony or Motorola today. But again, that's another comment rat-hole, so let's not go down that route...

Like Germans hoping for a secret “super weapon” to turn the tide of World War II in its end stages, Windows phone fans have again pinned their hopes on some future miracle that will save the platform. Two key pipe dreams emerge.

Continuum. Many point to Continuum, which I early on had pushed as a way to differentiate to differentiate Lumia/Windows phone in a Surface-like way. (Though this makes no sense until/unless Intel x86-based phones appear.)

Surface phone. Many also point to a presumed/rumored Surface phone, though here I can rightfully claim to know as much as anyone. Which is to say almost nothing: I believe we’re reaching the point of no return on a such a device, which would pointlessly drag down the Surface brand.

Neither of these things are an answer to the real problems with Windows phone: The complete and utter lack of meaningful apps that literally billions of people now rely on every day. And the fact that Windows phone’s vaunted user experience—which I do see as the platform’s one remaining major advantage—has never prompted a migration of any kind from the less well-designed Android or iPhone/iOS. In other words, Windows phone fails where it matters, and it succeeds where it does not matter. 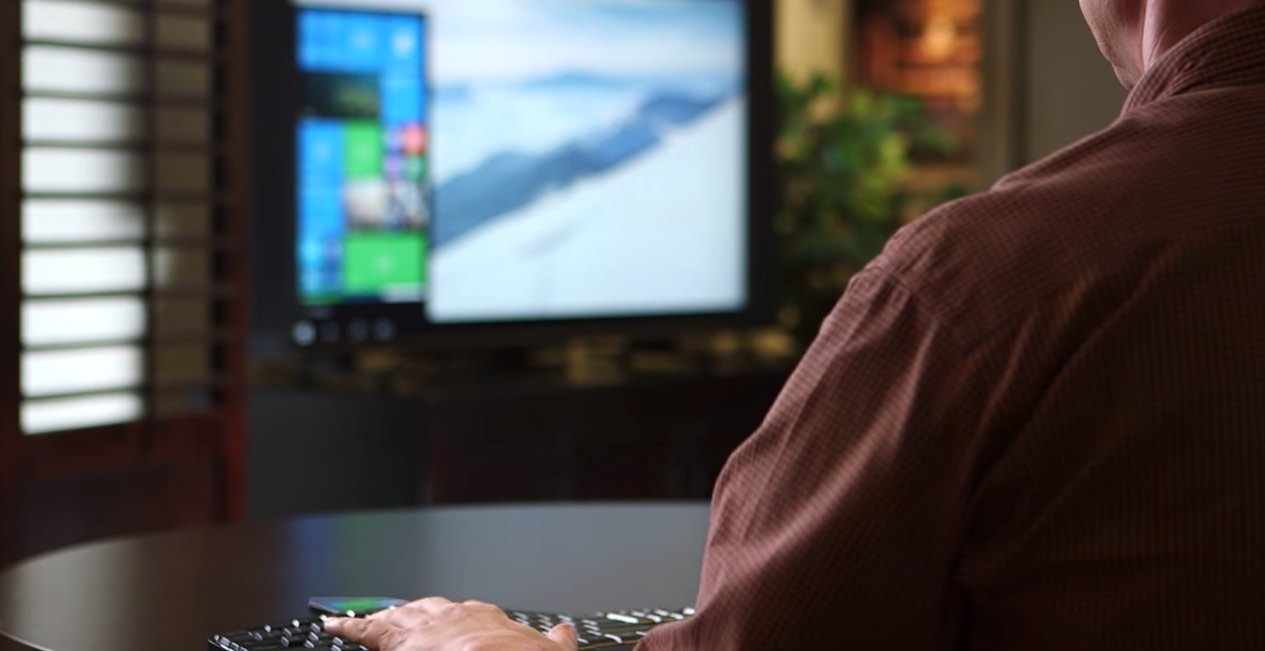 Continuum remains fascinating - I'm testing and using it here again at the moment and anyone, repeat anyone who tries it comes away impressed at the potential. It's just that the implementation is still of beta quality and not enough third party applications are 'universal' yet, meaning that they don't work with a docked Continuum phone.

I don't think the 'Intel' comment by Paul makes sense - yes, I guess that being able to run classic Win32 applications under Continuum might work as a niche within a niche, but for most people Continuum is just a way of expanding one's phone screen to full desktop resolution and size, to get something done that would otherwise require a laptop or a borrowed desktop. I don't imagine Win32 'production' applications being that important here, for anyone, so going Intel is irrelevant.

Paul's assessment of the rumoured 'Surface Phone' betrays his disillusionment with 'Windows Phone' a little too much, he talks about a Surface-branded Windows 10 Mobile device dragging down the Surface name as a whole. That's going way too far.

As I see it, Microsoft has to have a presence in smartphones, that's part of the point of Windows 10. One OS, updated forever, and on every form factor, from IoT (Internet of Things) gadgets to Xbox to tablets to laptops to monster gaming rigs to wall-sized touchscreens and yes, to phones. In fact, given that everyone's smartphone is their most used device today, the 'phones' part of that preceding sentence is arguably the most important part. There's no way that Microsoft can drop Windows 10 from the smartphone space and still keep their vision for the OS credible.

I've talked numerous times about the Lumia 950 and 950 XL being akin to Google's Nexus devices and I stand by this. They're concept devices in the sense that fans can buy them, explore how well (usually) Windows 10 runs on the form factor, and then have fun playing with the screen-expanding Continuum. Google doesn't really care about Nexus sales, albeit mainly because the costs of making and supporting them are mainly borne by its partners (e.g. LG, Huawei), but Microsoft doesn't really care about sales either - the 950 and 950 XL need merely to exist. 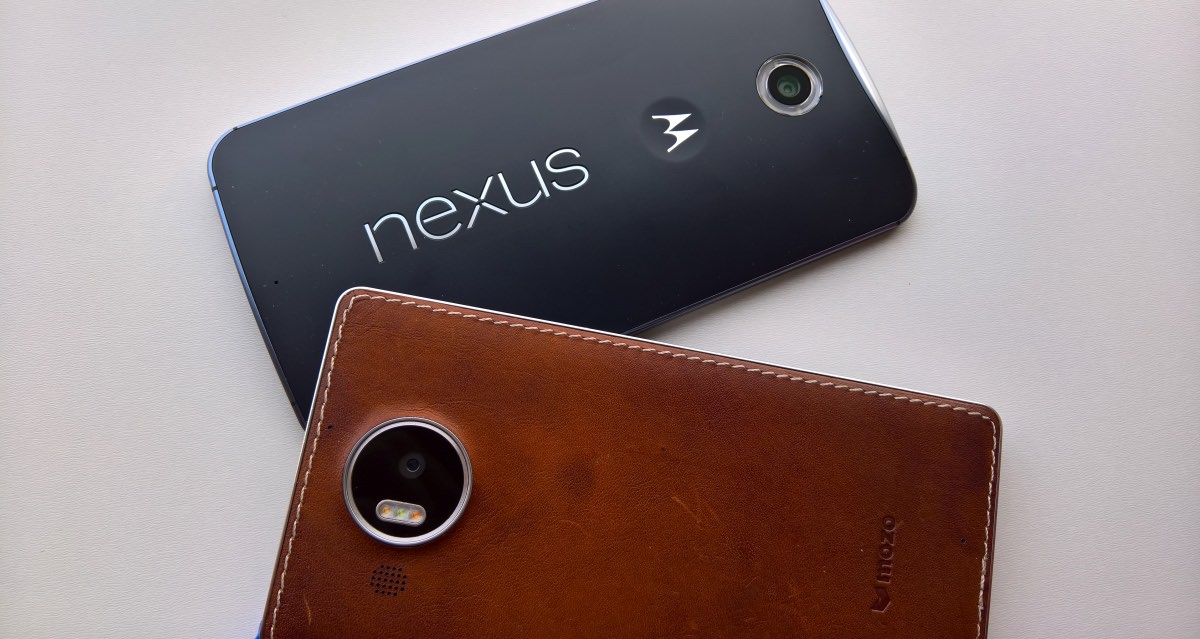 That there's a budget 550 to show how well the OS can run on £100 hardware and - later in February 2016 - a 650 in premium materials, a stab at getting devices into the hands of corporate reps, help the message, but don't for one moment think that anyone at Microsoft is still interested in making a particular sales quota. Today in 2016 it's all about getting some mind share and recognition. Windows 10 has been doing very well in the consumer world (thanks to being a free upgrade) and it's getting there in the business world (though with very different economics).

By the end of 2016 there will be in the region of half a billion Windows 10-running 'computers' in the world. Only a few tens of millions of which will be phones, but that's OK, the OS will be firmly represented on the form factor, demonstrating its reach, and available to buy and use if needed.

Which is where Paul is wrong, in my opinion. He says:

This isn’t negativity, folks, it’s the truth. And for every person out there who can make the semi-hysterical and claim, sputtering that “well, Windows phone is just fine for me, thank you very much,” I will point to the hundreds of millions of people who disagree with you. And, sorry, find you sort of sad. (No worries, I’m right there with you.)

Of course there are. In fact, there are billions (plural) of people using Android, but that doesn't really matter. Windows 10 Mobile on the likes of the Lumia 950 and 950 XL - and indeed on the 930 and 830 etc - works pretty well on the whole and is getting tidied up month by month, and I for one have almost every application I need - I'm sure many readers will agree. There's nothing whatsoever wrong with liking and using a 'minority' platform (hey, I was championing Symbian in 2010, for goodness sake), if it does what you like and need it to do.

Paul finishes off with a note of sadness:

As I do so often, I look for clarity here, but I see none. Windows phone is dead, but it’s sort of not dead. Nothing has changed … but everything is changing. I still love the thing. But I cannot recommend it to others with a clear conscience. Ultimately, it’s just sad. And that’s not the way I wanted it to end.

I sympathise, but then I also look at the desktop, laptop and hybrid markets, where Windows 10 is massive now - and I see more form factors coming online each year. If my 'minority' phone can be part of that huge, overarching vision, then isn't that enough?

To repeat the reply I've been using in the comments section on many articles recently, and in tweets, "Yes, Windows Phone is dead. I agree. It's being subsumed into Windows 10, which is new and very much alive."