Installed/active base: how many phones run Windows 10 Mobile?

Just a few back-of-envelope calculations that I thought you might like to follow along with. With the withdrawal of Microsoft from selling first party smartphones (for the time being), I wondered whether it was time to take stock of some numbers. In particular, the figure I wanted to get to was how many people out there, across the world, are actively using Windows 10 Mobile, i.e. the new OS that Microsoft is updating, that devs are writing for, and that we're covering. Some guesswork is needed, but bear with me.

Before I get going, I wanted to comment briefly on the silly 'Windows Phone sales reach new low' stories on various Microsoft-bashing tech sites - of course they're low, Microsoft hasn't marketed Lumias at all in 2016 and in fact stopped making them altogether. They're not really in phone shops or on carrier sites. So, unsurprisingly, no one's buying the phones because they don't know they exist!

Now, there are other vendors of Windows Phones, there always were - the platform launched on non-Microsoft, non-Nokia hardware, after all, in 2010. And as 2016 comes to a close, we have HP, Alacatel and a host of smaller players flying the flag (perhaps at half mast, but hey....) But in terms of sheer numbers, we have always had the Lumia range utterly dominant, usually around 98% of the market. So let's consider non-Lumia sales as a rounding error. Upwards, but a rounding error.

Firstly, let's start with the total number of Windows Phones and Windows 10 Mobile devices ever sold. Using data from (e.g.) Microsoft's various 10-K filings in the USA and Nokia's annual results summaries, we get:

Each of these is plus or minus a million or so - uncertainty mainly comes around the handover period between Nokia and Microsoft, because of lack of granularity in the various reported figures, and because of the staggered fiscal years that Microsoft reports, but my figures won't be far off.

Adding these together, we get a total number of Windows-running phones (in the modern era) as 110 million, about what I would have expected. (By comparison, the size of the smartphone market now is easily north of two billion.)

It's at this point that we have to start whittling down the numbers because of various factors (with that Windows 10 Mobile goal in mind). By my estimates, around 40 million of the phones sold are capable of running Windows 10 Mobile, i.e. they're on the official list of handsets which can run the Upgrade Advisor (see link in here) and thus get the new OS.

Next we have to knock a fraction off for handsets that are no longer in use. Not a huge fraction, since the 3+ year old handsets aren't in the W10M compatible list, but there are bound to be phones in drawers or handed down to teenagers who broke them and then bought iPhones (and then broke them....!) Let's knock off 10 million for all this - remember we're trying to get to an 'active' user base.

So we're down to 30 million. Now, some of these phones will be Lumia 550, 650, 950 and 950 XL, natively on Windows 10 Mobile out of the box, let's say 2 million (I'm being ultra realistic here), leaving 28 million smartphones which shipped with Windows Phone 8.1 and which could be upgraded by knowledgable users - but probably haven't been. Away from the Windows tech enthusiasts and sites (e.g. AAWP), how many WP8.1 users have been clued up enough to know that the Windows 10 Mobile upgrade exists and how to accomplish it?

I do believe that Microsoft was probably right not to push W10M to all WP8.1 owners, since there are some things which 'break', some things which still don't work as well as under 8.1, and performance on the same hardware is undoubtedly slower. Not to mention that quite a few people won't even have the free space on their internal disk to do the upgrade anyway.

A user has to want to upgrade to W10M, to move ahead, and to live in the future - and there are big benefits in terms of services, UWP apps and updates. So having people upgrade via running an opt-in utility was probably wise - though I'd still like Microsoft to have told users about Windows 10 Mobile. As it is, the use of Upgrade Advisor was largely limited to readers of AAWP and the other tech sites and their family and friends. I'm going to estimate that of those 28 million potential upgraders less than 20% actually made it to the new OS, so call it 5 million users/phones.

Add this to the native W10M handset number and we get 7 million people/handsets possibly running Windows 10 Mobile across the world.

(And if you think that any of my estimates above have been generous then allow back in the extra few percent of non-Lumia Windows phone sales and you can probably allow my numbers to stand.) 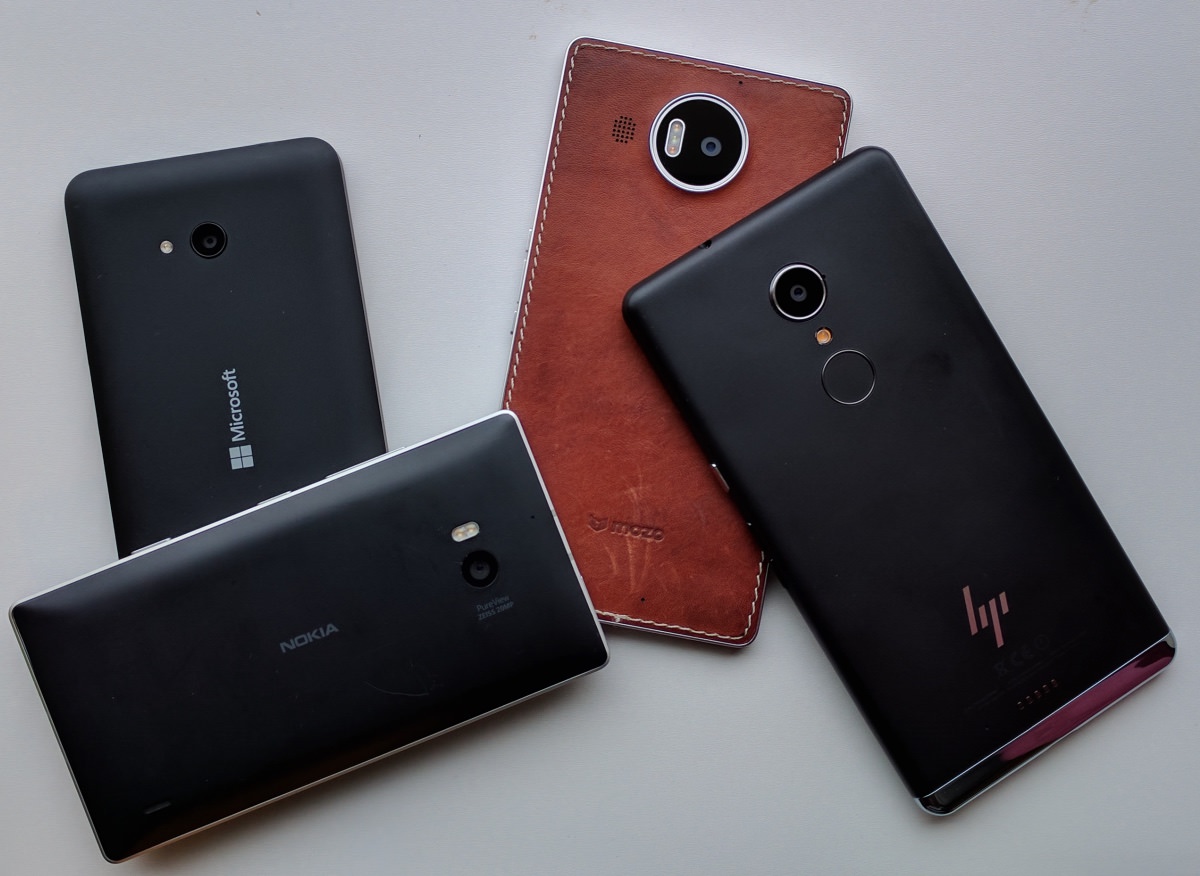 It's true that iOS and Android have similar issues with older handsets getting orphaned, unsupported and abandoned (by manufacturers), though not quite to the same degree. There are plenty of people still using iPhone 5 units, for example, five year old phones but on the latest iOS release (and it's pushed, so almost everyone upgrades). And there are a billion people on older Android handsets, never to be upgraded or updated for security patches because of the horrible fragmentation in the Android world. Yet the software stays pretty compatible, even back to Android 4.x, because of Google's intermediate Play Services strategy - and that is pushed to all.

So the whittling down mathematics when working out active users of an OS isn't completely limited to Windows mobile phones - but it's particularly dramatic given the step change opt-in nature of Windows Phone to Windows 10 Mobile.

Now, seven million people is a lot in one sense - after all, picture those millions in one spot, as far as the eye can see to the horizon. But it's a pretty small target compared to active users of the latest iOS or of (say) Android 5.0 and above, both of which are in the region of a billion. So the addressable market for developers to pitch phone-specific applications and games to (and for writers like myself to pitch W10M-specific web pages at) is under 1% of the size of the market for either iOS or Android. Which is why mobile applications almost always come out on those platforms first/at all.

Microsoft's ace in the hole here is UWP applications, of course, in that these work not only on Windows 10 Mobile, but also on tablets, hybrids, laptops and desktops, in fact anything running Windows 10, and increasing the pool of potential users up towards half a billion. With the best will in the world, mind you, the majority of Windows 10 users tend to only use a handful of applications or games from the Windows Store - so much is done within a browser window on larger screen devices. For service applications, at least, there will still be mainstream heavyweight applications and, of course, games, and these are much harder to do in a Chrome or Edge window.

So it's not as simple as saying that the Windows 10 Mobile 'ecosystem' should be counted as half a billion rather than seven million! The truth is, as usual, somewhere in between.

The 'one Windows' idea is still compelling, mind you, and the thing saving Microsoft's mobile ambitions from extinction - it's trivial to keep updating Windows 10 Mobile in lock step with Windows 10 for PC and, given the upcoming switch to Windows 10 on ARM, even critical that the ARM-compiled mobile builds don't fall behind. Which is good news for you and I, reading this.

There may only be seven million people using Windows 10 actively on phones right now, but Microsoft is betting on changing the face of portable computing (for professionals, at least) in the upcoming years - let's hope for higher numbers as the world of phone and desktop get woven even more inextricably together.