Lumia Camera for the 1020 returns to the Store, integrates with Photos update

Admittedly this is all model-specific, but the classic Lumia 1020 is a perennial favourite around these parts and... I have exciting news. Lumia Camera v4 (a.k.a. Lumia Camera Classic*) is back in the Microsoft Store! It seems that someone at Microsoft (probably a 1020 fan) has joined some dots up and pushed through the hooks and approvals that means that, even for 1020s upgraded to the Creators Update through slightly dubious means(!), Lumia Camera, with the 1020's 'dual capture' and 'reframing' tricks, are now a 'go' for 2017, with a version of Photos that plays nicely with it all.

* Lumia Camera here is v4.10.0.6 and the major version number is notable since it was Lumia Camera v5 that did away with the whole 'reframe later' workflow and also introduced new, more severe sharpening algorithms.

Lumia Camera is now available in the Microsoft Store for any Lumia 1020s running Windows 10 Mobile Creators Update - just search for it and it's there and installs perfectly. Amazing. It's the exact same version as on Windows Phone 8.1 and is a WinRT/Store 'universal' app, not a modern Windows 10 UWP, but it now works with Photos, thanks to recent updates to the latter and to the underlying OS. Plus the aforementioned approvals that mean that Lumia Camera is now directly accessible in the Store again, of course.

Why would anyone want Lumia Camera v4 on a 1020 in 2017? Because under W10M Creators Update, you're limited by default to capturing at the full 34/38MP, which is stupidly high - and there's no oversampling. Third party apps can get you around most of this, but the presence of the real McCoy is arguably even better. 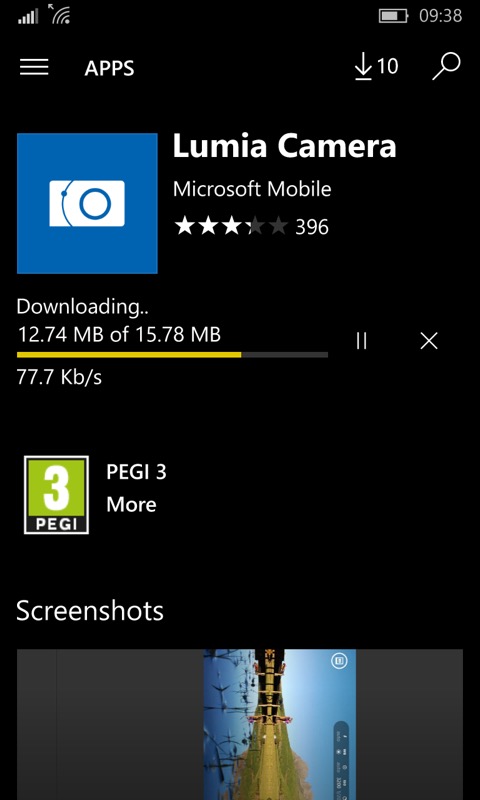 Searching in the Store on the 1020 under CU now finds Lumia Camera v4 and it's fully available for installation! 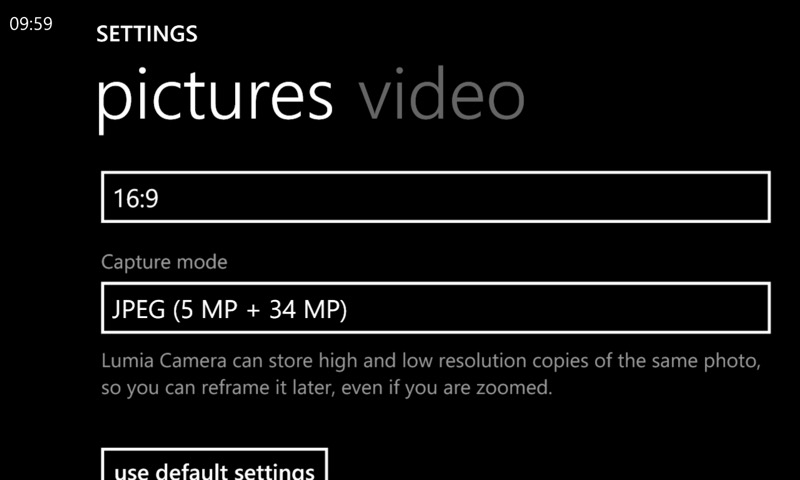 Booting up Lumia Camera, there's the dual capture system we knew and loved! 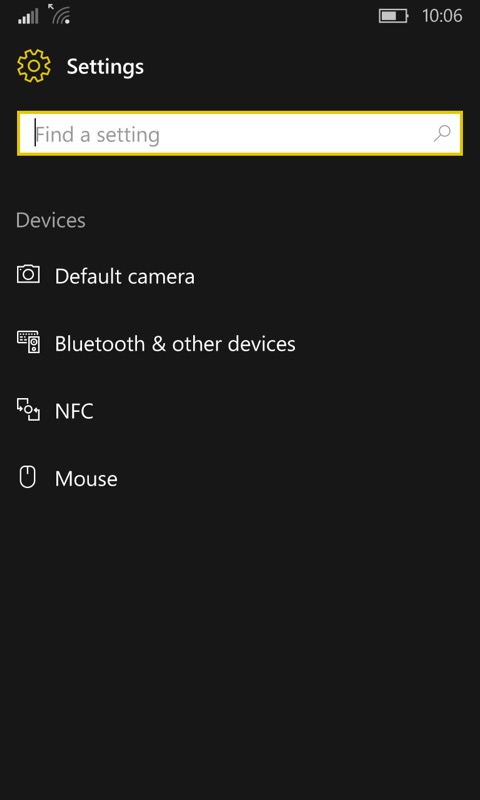 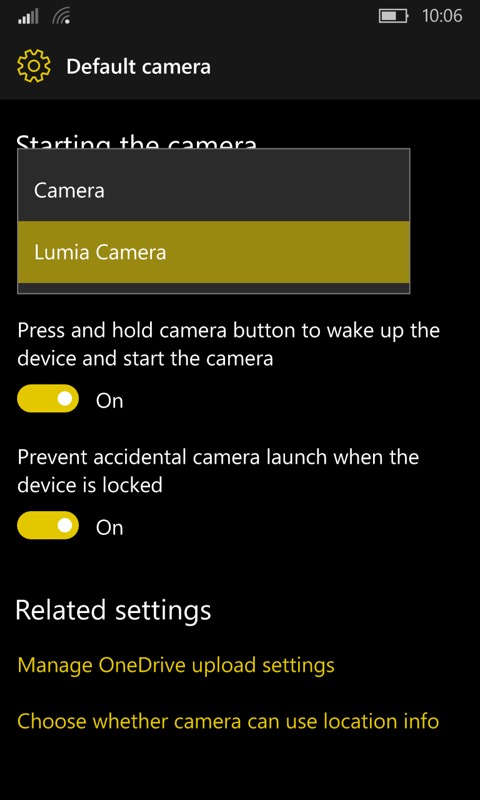 In Settings, you'll also find that you can set the first party Lumia Camera as an option for when long pressing the 1020's physical shutter button. Which helps, though see the caveat over speed below. 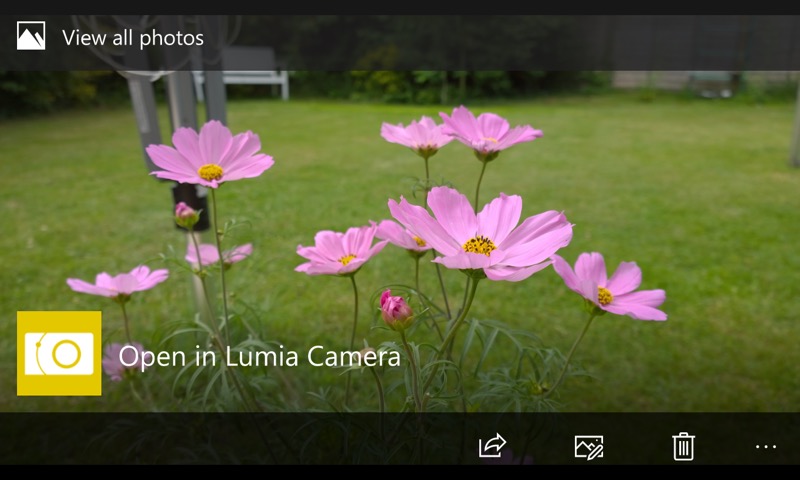 And so to photo taking. Just as in 'the good old days' (under Windows Phone 8.1!), take a snap with the 1020 and then tap on the top-left thumbnail. Under 8.1, you'd be reframing the image immediately, but here there's the intermediate step of going through Windows 10 Photos, one of the core elements in Windows 10 Mobile. Still, as here, once the photo's on screen, there's 'Open in Lumia Camera'... 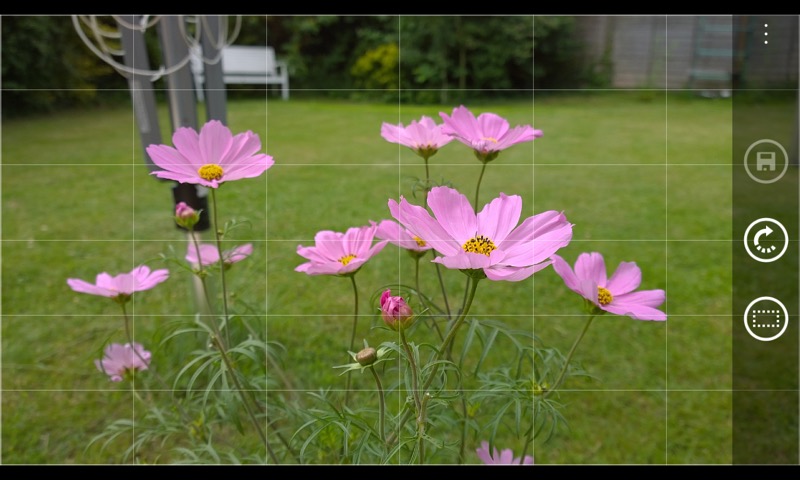 ...and at this point you're bounced back to Lumia Camera (it's somewhat inelegant that you have to do things in this round about way, but hey, it works, at least) and can 'reframe', using multitouch to crop in, rotate, whatever, all from the underlying 34/38MP image. 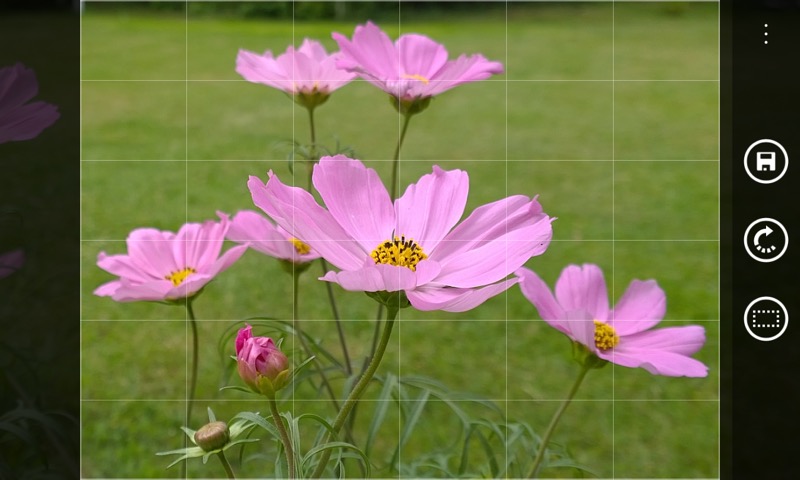 Having found your perfect 'reframe', tap on the save icon and a new over-sampling from the high resolution saved JPG is performed, still ending up with the 1020's standard 5MP output. All very clever, you can see why I raved about the Lumia 1020 back in the day! 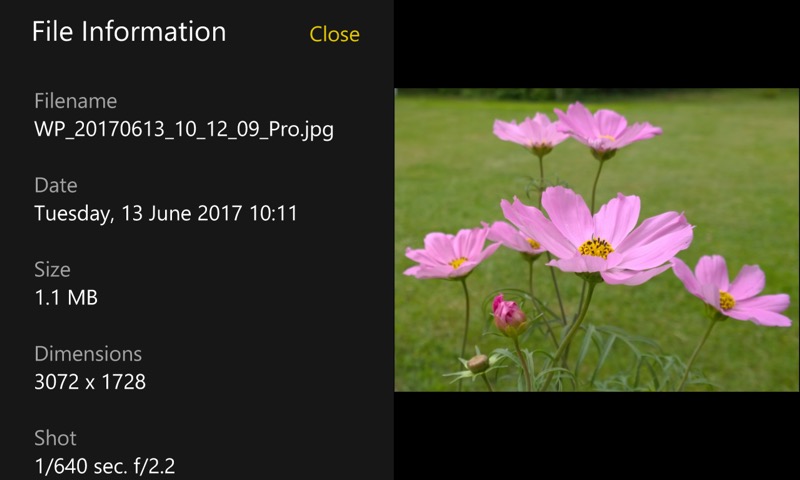 As confirmation, here's the new reframed/resampled photo, opened in Photos and showing the EXIF data: 5MP still, even though we're only using a fraction of the original (also nominally) 5MP image. 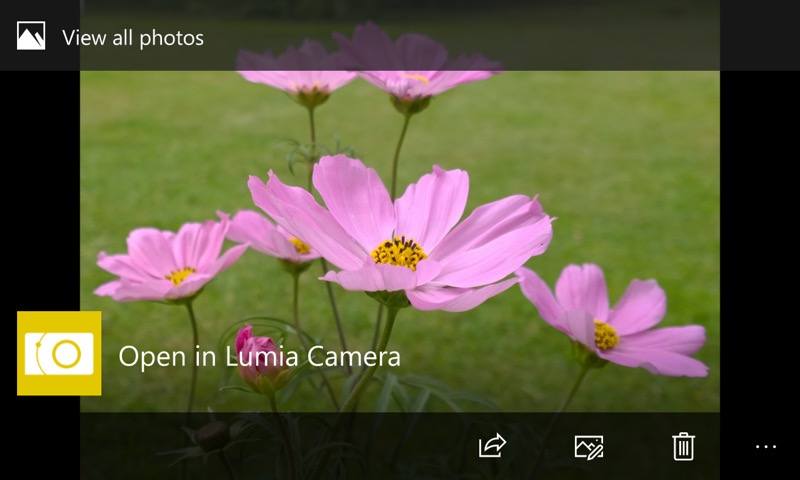 Again, after the reframing/rotation/whatever (including shooting while zoomed and then zooming out later as part of the reframing), Windows 10 Photos shows the reframed image and not the original. And you can share and edit in the usual ways. Though always with the option of going back to 'Lumia Camera' to do another resample/reframe attempt.

Now, before you go rejoicing and putting your main SIM card back in the Lumia 1020 just because all of this is now possible again, there are a number of caveats:

Postscript: Why did Nokia - and then Microsoft - abandon this reframing workflow, if it was so wonderful? Because:

Filed: Home > Features > Lumia Camera for the 1020 returns to the Store, integrates with Photos update