Guest writer Ow Kah Leong brings us a little smartphone-centric travelogue...(!) He's comparing camera snaps from his 2014 Lumia 1520 with those from his 2017 Samsung Galaxy Note 8, all from the perspective of a normal mobile user - a 'normob'. Summary? The more modern phone gets some shots the Lumia wouldn't, but the Lumia still competes for sheer quality and creativity.

Time really flies and it’s been more than 2 years since I switched OS allegiance from Windows 10 Mobile to Android. In 2016, I guest-wrote 2 articles on AAWP - Hello Android... but not goodbye Windows! and Lumia 1520 vs Note 7... and Symbian?. The former fleshed out my reasoning and thinking as I contemplated the switch and the latter a quick comparison between the Galaxy Note 7 and Lumia 1520. That was before the Note 7 went up in flames and I was forced to exchange it for a Galaxy S7 Edge. In Nov 2017, I traded in the S7 Edge for a Galaxy Note 8. The Note 8 is a monster of a phone and all you need to complete the experience is a kitchen sink (as Steve pointed out in video form before Christmas, albeit for the Note 9, its successor). I am more than pleased with the Samsung flagship and truth be told, quite happy with using it as my daily driver – despite the less than stellar battery life.

So... Where does this leave my beloved white Lumia 1520, bought way back in mid-2014?! It still feels exceptional in the hand despite the polycarbonate and dare I say, pioneered the use of 6” screens. It’s one heck of a screen too, despite its age and it’s a shame Microsoft never got round to exploit the size. Read my thoughts from 2014. The camera is great and for past few years, until the end of 2017, served as my only camera on vacations. Check out the above-mentioned second article for some great examples. 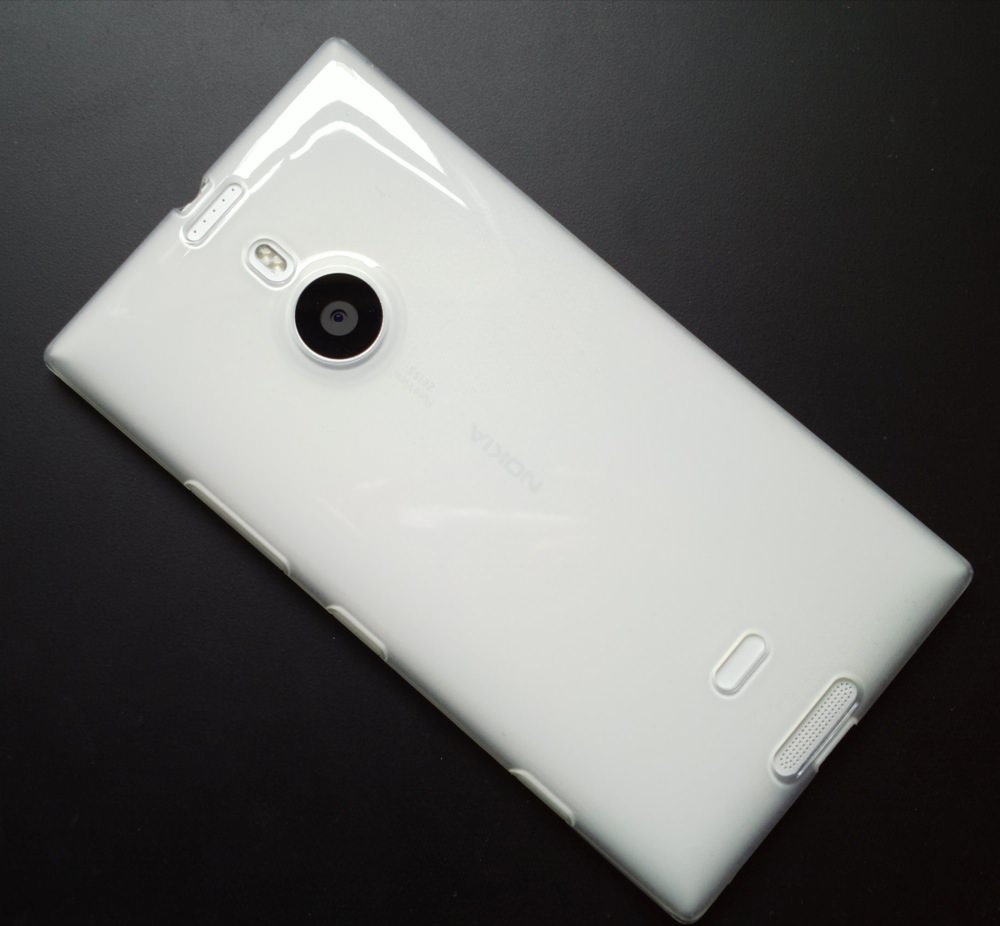 Now, last December, I was in the UK for a family holiday and brought along the Lumia to use it primarily as a hotspot with a giffgaff SIM (hey, we can all help out Steve as well!) and the Note 8 was to serve as the primary camera. Then a thought struck – why not use both and see how a 4 year-old phone stacks up against an Android powerhouse? To put it upfront, this is not a pixel-peeping mega-comparison, Steve Litchfield style. I would just like to share my humble thoughts as a normal user on the merits and shortfalls of each. 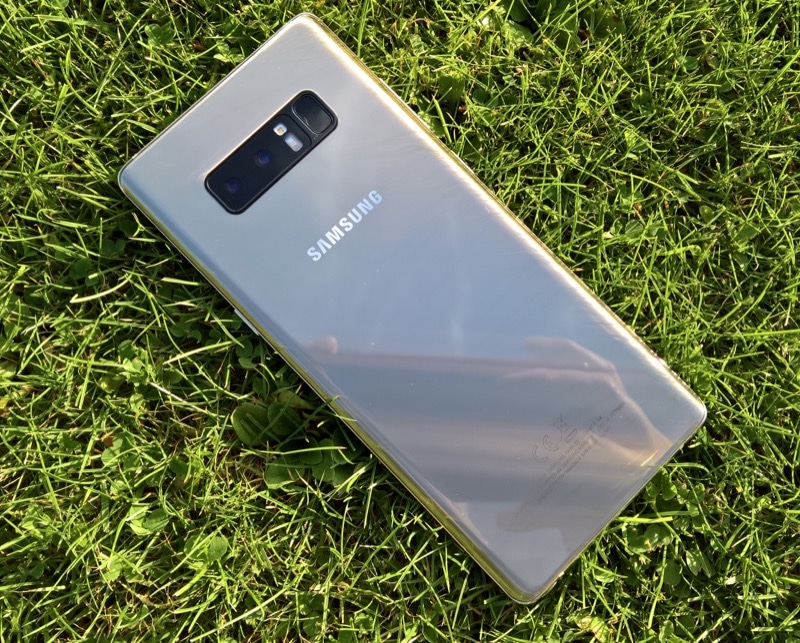 Before I begin, just to list some caveats. If there is a comparison of photos, they were usually taken not too far apart so that the conditions remain largely the same. But it was not possible for me to take the same scene at the same time. As far as I could, I try to frame the scene in the same manner. I was on holiday, not a working trip for AAWP!! All photos taken with Lumia and Samsung will be prefixed (L) and (S) respectively. So here goes……

[Editor's notes: The writer was using the Lumia 1520 in its full resolution (16MP in 16:9) mode. Plus you may be able to see all the full resolution shots in Ow Kah Leong's shared album here]

Day 1 in London and how could we miss the London Eye? The Note 8 (below, right) immediately catches the eye with the “blue-r” blue. You can also probably see the blue that’s cast on the walkway in the Note 8 photo. The Lumia photo looks great and closer to the actual colours when the shot was taken. But side by side and especially on modern AMOLED screens, the Note 8 will appeal more. 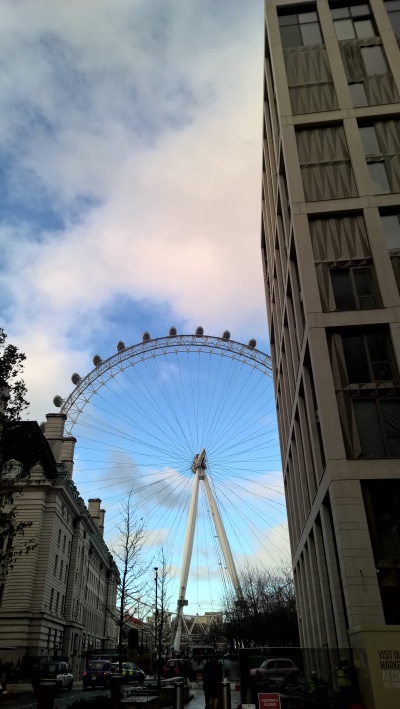 Next up, the very busy Madame Tussauds wax museum. With countless visitors always milling around each wax figure, I have to be really fast if I want to bring home shots of my memories at the attraction. Here, the Note 8 (and indeed most modern flagships) will win hands down. The speed of focus and shot-to-shot meant that Note 8 can pull off shots even in challenging light conditions. And with Live Focus on hand to help, shots like those below are easy to pull off.

[Editor's note: no shots were supplied with the Lumia here. I'd have liked to have seen some attempts!)

To end the day, we ended up in a quaint little part of London called Little Vienna for some London sunset. Truth be told, the Note 8 (second below) did a better job in controlling the light and sky is not blown out and you can still see the clouds. If you look at the red on the first boat on the left, the Lumia shot (immediately below) looks subdued but it’s truer to the actual scene. 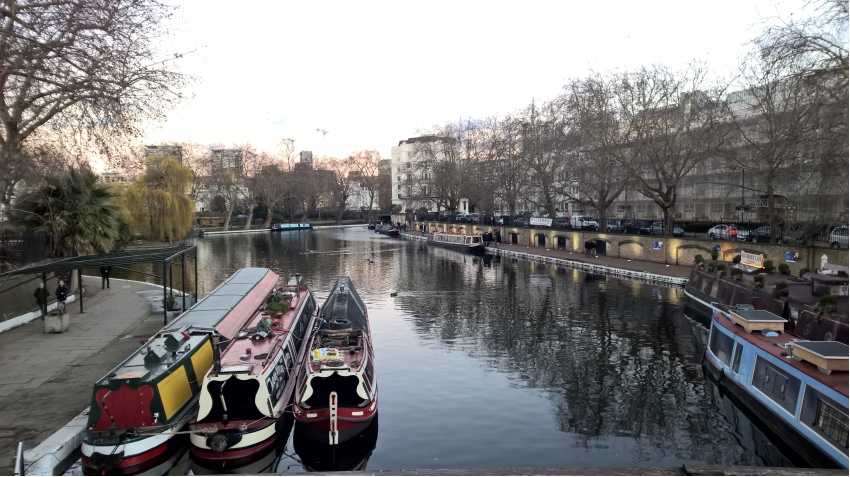 Next on the itinerary was a visit to the UNESCO Heritage Site of Stonehenge. Both the Note 8 and Lumia (below) did a fabulous job on the day. It’s really your personal preference which is the better shot. If you zoom in, you can see the aggressive sharpening of Note 8 (second below) to preserve the details on the stones and the Lumia loses those details when zoomed. You decide what you like. (Note: Ok… I pick the Pro shot of the Lumia but the details are still messy…) 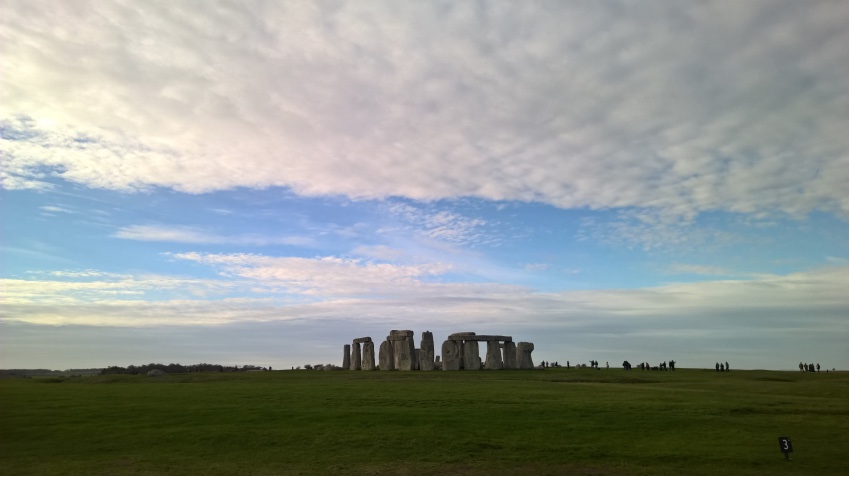 Next up is a real challenge for both cameras – a low light shot of the York Cathedral. The Lumia (below left) put up a great challenge to the Note 8. I can’t remember clearly if the flash went off for the Note 8 in this shot – most probably not as I usually turn off flash for most of my shots. But I think the Lumia looks moodier and captured the atmosphere well. The Note 8 (below right) pulls off more details but somehow the brighter look spoils the shot for me. 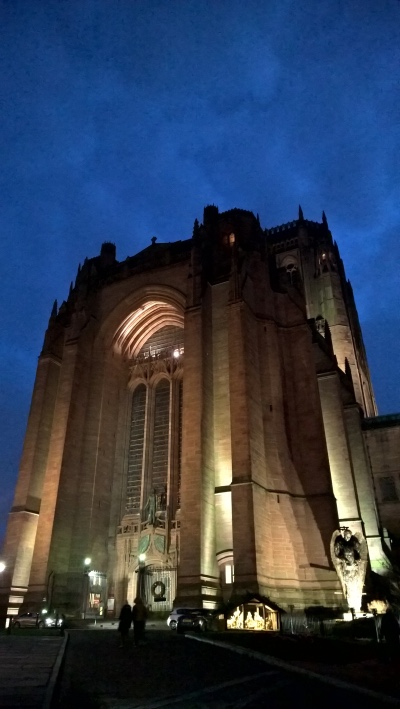 Next stop is the lovely city of Bath. It’s all Note 8 and Live Focus here. I doubt Lumia can pull off the shots in this manner. With Live Focus turned on, I took the same scene with different objects in focus and then moved the slider to get that “blurred” look. It couldn’t be easier.

The next sets of shots show off the different powers of the Note 8 and Lumia. With time to set up the shot, the Lumia can pull up stunning details despite the less than ideal conditions - here are two examples: 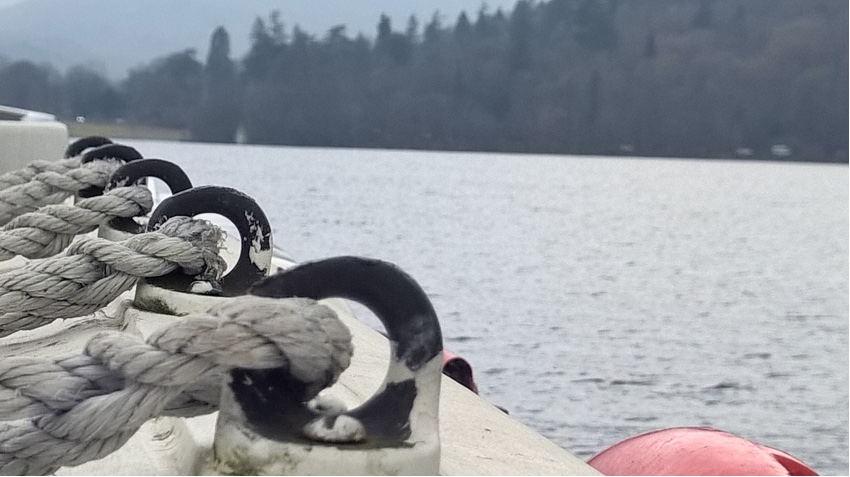 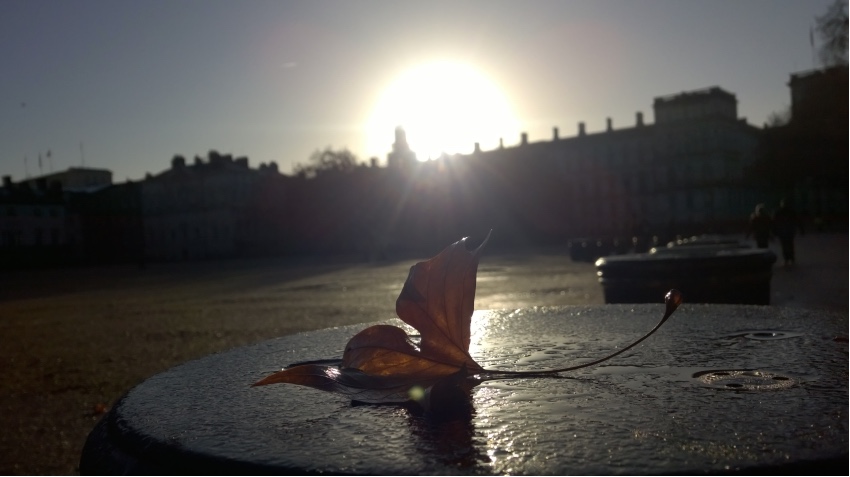 But the Galaxy Note 8 is truly amazing as the shot below of the Lake District was taken in a moving coach – speed of focus, vibrant colours and ridiculous sharpness. There were examples of these abilities on other days too. The Lumia would never have been able to pull off these shots.

My last set of shots are of St Paul’s Cathedral on a sunny(!!) day in London. I’ll leave you to judge which are better. There is really not much between each set of photos. The colours were rich and full of details. I am quite sure in a blind test, the votes would be split right down the middle. Suffice to say, it is again down to preference. Lumia on the left, Samsung on the right: 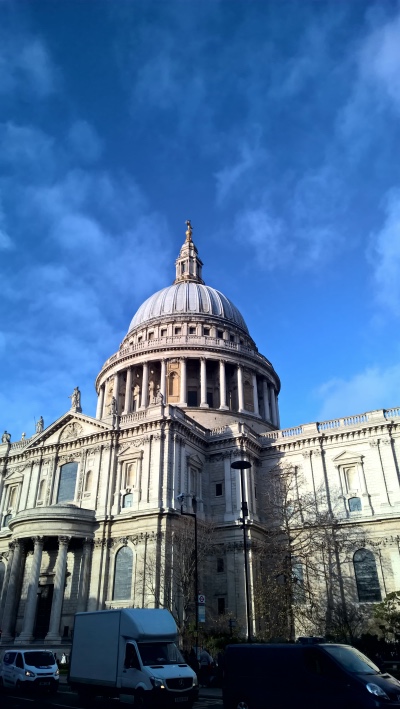 It’s amazing that 4 years down the road that the Lumia 1520 is still able to hold its own against the best of today. It has aged well. If you are the type who 'takes time to take the shot', you will not be disappointed with the results. The Lumia will still have its place. Just that it would frustrate many modern users. The camera hardware and software integration prowess of the Nokia/Lumia team shone through.

If you are the type that takes every a shot of everything and is shutter happy, the Note 8 and any current flagship will serve you well. Social media? Portrait shots? Bokeh? Low light (or even no light!)? No problem. The modern smartphone will keep you delighted all day. Throw in some quick editing, many shots will turn up great.

Computational photography, pioneered on the Nokia 808 and Lumia 1020, is all the rage now. Advances in technology have allowed more people to take better (or more creative) photographs more easily. Is the quality the same as the Lumias? Maybe. Maybe not. But for nostalgia, the Lumia will just give you that little more “feel” in a photograph than all the modern technological excellence.

With regard to Nokia's PureView technology. I would be right to say that it was all about getting a purer photograph digitally but not altering how the actual scene appears. Better details? Yes. More vibrant colours? Probably. But if, as with many modern flagships, a shot late into the night starts to look like daylight or in the case of Google’s Night Sight, when objects in pitch dark can be “reconstructed” digitally, so that you can see it… I’m not so sure. It has its use case but is it still photography as we know it?

What are your thoughts?