The speed gap to 2020 flagships, quantified

It's an obvious trend that smartphone processors get faster with every year's new launches. True, their operating systems also grow in size and complexity, but usually at a slower rate. So, overall, things get snappier. Back in the day, Windows Phone 8.1 was itself very fluid and snappy, but the move to Windows 10 Mobile introduced a more heavyweight OS and a more sluggish experience - I wrote about all this here, back in 2015. We haven't had new first party hardware from Microsoft since early 2016 and then third party hardware later that year - so how does Windows 10 Mobile on 2016 phone hardware compare, speed-wise, with the best of 2020? 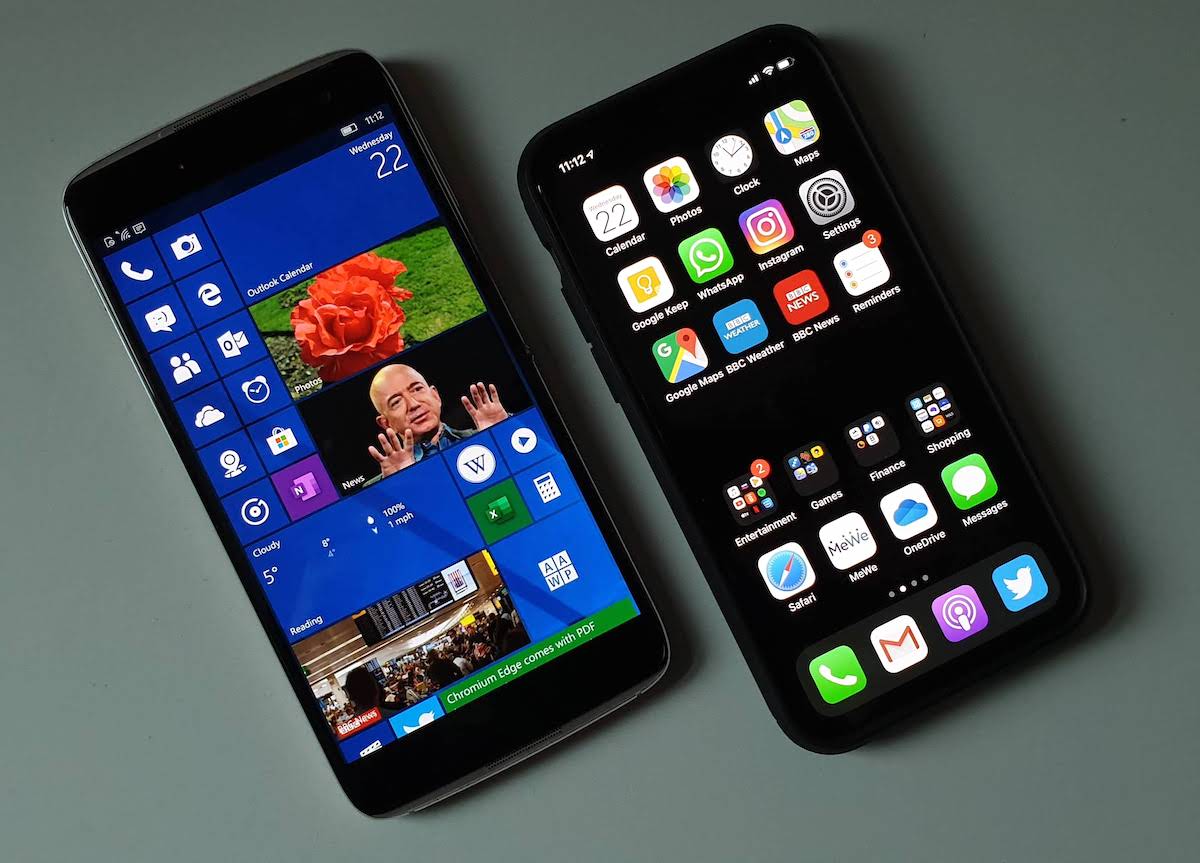 As a comparison, I'm using the Apple iPhone 11 (I have the triple camera-ed Pro here, but the internals are the same across the series), which has - arguably - the fastest chipset around. But I suspect results would be similar for any top Snapdragon 855 or similar Android flagship. It doesn't take Nostradamus to predict that the much newer hardware will walk all over the Windows phone in terms of speed, but I did want to quantify just how slow things are now with Windows 10 Mobile in relative terms.

I'd have guessed the iPhone 11 to be two or three times faster in real world, day to day tasks, but the results below were somewhat shocking - it's more like a factor of five. In real world operation, that's not just noticeable, that's night and day:

None of this is news to AAWP readers though. Even the Alcatel IDOL 4 Pro's Snapdragon 820 chipset and 4GB RAM pale in terms of user experience compared to the best of 2020. Yes, it's true that once things are in RAM, once applications are loaded up, you can multitask around at comparable speed to other top smartphones. And of course there are many smaller applications and use cases (Contacts, Calendar, Calculator, and so on...) where almost any smartphone or OS is fast enough, even today. But right now there are some frustrating waits every now and then with Windows 10 Mobile, whichever hardware you pick.

Would someone choose to stay with Microsoft and Windows for its independence from Google or Apple? Maybe - that's a valid approach for the slightly paranoid. Would someone stay on Windows 10 Mobile because they really love the Start screen and live tile interface? Again, maybe.

But never mind apps and services being withdrawn (e.g. Whatsapp), I'd also have to point to the (lack of) speed of the user experience as a major reason to leave Windows 10 Mobile in 2020. And that's just painful, in the light of Windows Phone 7.5 running rings around the iPhones and Android handsets of the time (2010) in terms of instant response and a fluid UI. Sigh.

Windows Phone - a slice of the future... from 6 years ago!