One of the most popular requests here on AAWP has been to apply a little rigorous benchmarking to both 'old' and 'new' versions of Windows on phones. In other words, if a user of, say, a Lumia 925 (a flagship phone in its day) were to upgrade to Windows 10 Mobile from Windows Phone 8.1, would they see speed gains overall, or experience a slowdown? The results are shown below - on older devices, Windows 10 Mobile is significantly slower, though with the caveat that newer, Snapdragon x00-based devices don't seem so badly off.

For this comparison, I used the S4-based, two year old Lumia 1020, on build Windows 10 Mobile 10581, compared with an identical 1020 running the older OS. I also, retrospectively, applied the same timed operations to a more modern Snapdragon 400-based handset, the mid range Lumia 830 - I thought this would be a good match in terms of processor and pitching. See the comments below for what all this means, etc.

A very significant difference then on the two Lumia 1020s - a 63% increase in time taken if you add it all up. And if you take away the boot time (assuming that people don't restart their phone every morning) then it's much closer, for the day to day operations, to a ratio of 2:1. Now, it's true that many operations on a smartphone will run at the same speed, such as when an application is on-screen and the user is interacting with the UI, but I don't think the operations listed above are that outrageous, and are intended to be real world tasks.

For you and I, riding the wave of Windows 10 Mobile and the Insiders Preview programme, we're just happy that everything (mostly) works, are enjoying some grown up Office, mapping and communications applications - so what if the phone runs 63% slower? Perfectly acceptable, and hey, maybe it'll get tuned and optimised in time (yeah, I know, the eternal optimist)? But what about the man in the street?

Which isn't good. However, after doing the twin-1020 testing, I thought I'd pitch in the Lumia 830, with a relatively humble Snapdragon 400 inside. I've commented many times on Windows Phone/Mobile applications being optimised for the x00 series of processors - and it makes sense from Microsoft's point of view - they're the future. Look at the timings for the 830 in the table above - they're much closer to those of the 1020 (standing in, you may remember, for the Snapdragon S4-based phones) under Windows Phone 8.1.

In fact, they're close enough that, in day to day operations, I don't think most users would notice a difference - performance for the 830 under Windows 10 Mobile is absolutely fine and at no point was I aware that the applications were slower than under 8.1 - even though they were (though I don't have a second 830 to do back to back tests, so....) 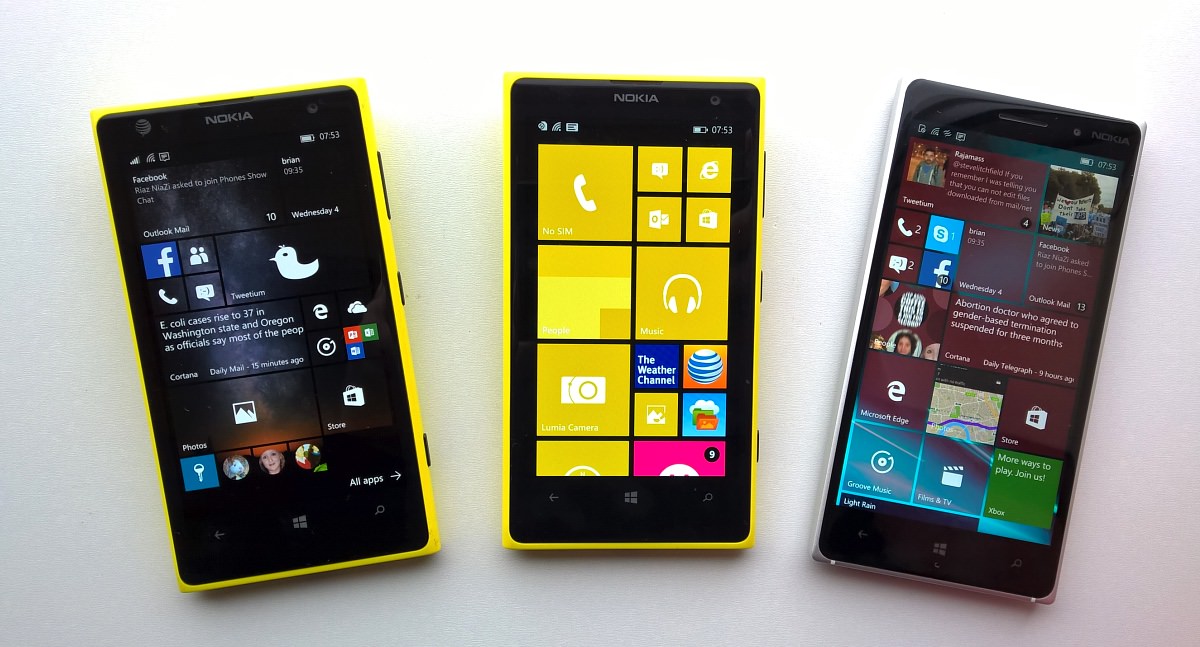 So, my verdict is.... it depends. Largely on which device is involved.

I've already cast doubt on whether that many users will actually take up the update offer to Windows 10 Mobile, and I have to think that, for older devices, word of mouth in playgrounds (teenagers being a prime Windows Phone market) and in offices will be that the new OS is slower than the old one. For anyone on a S4-based phone, unless there's a compelling reason for someone to want Windows 10 Mobile on their older Windows Phone hardware (for example, the more active maps, the Outlook Email and calendar, or the full Office applications), it might indeed be better to stay on the older OS.

Whereas on the raft of newer x00-based phones like the 530, 630, 735, 830, 930 and 1520, performance under the new OS is close enough to that under 8.1 that the new functions and benefits definitely outweigh any small delays in launching applications.

How much more can Microsoft tune Windows 10 Mobile to improve performance? My gut feel is that there's not much more that can be eked out, so the situation won't change much from everything tested above. Windows 10 Mobile is a 'bigger' operating system, the applications are 'bigger' too, in terms of disk footprints and RAM use, so naturally the laws of physics are at work here. With more bits and bytes to be shunted around and processed, it's not surprising that some things take longer.

For the older devices (around half the installed base?), does a 63% drop in speed bother you? Would it bother your partner or kids or co-workers? Or can we 'write off' the older phones as effectively obsolete and not worth upgrading? Comments welcome!

PS. The 1020 remains a special case, mind you. As I've commented at length before, its unique camera hardware mean that almost anything else is survivable! Its sister devices, the Lumia 920 and 925, don't fare so well.