Two weeks ago, I covered the availability of Microsoft's next-gen launcher/UI for Android, fun to play with and use now but ultimately destined to work smoothly on the Surface Duo (Phone) near the end of 2020. I did promise a walkthrough too, so here it is. It's pretty fully featured even now and if you have an Android phone and love Microsoft apps and services then it's the natural way to go. Don't worry too much about the 'Preview' bit in the name, it's stable as it is, plus it's getting updates twice a month, so it'll be a fun ride as features get added!

You can grab this for any Android phone here in the Play Store. It doesn't even need Android 10!

[The screenshots here are from Android 9, though I've since upgraded the test device and future screens will be from Android 10 - the main change is that the three button navigation is replaced by a gesture system] 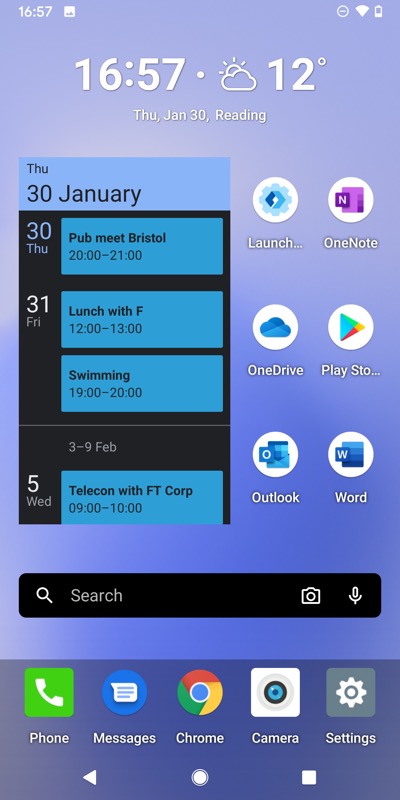 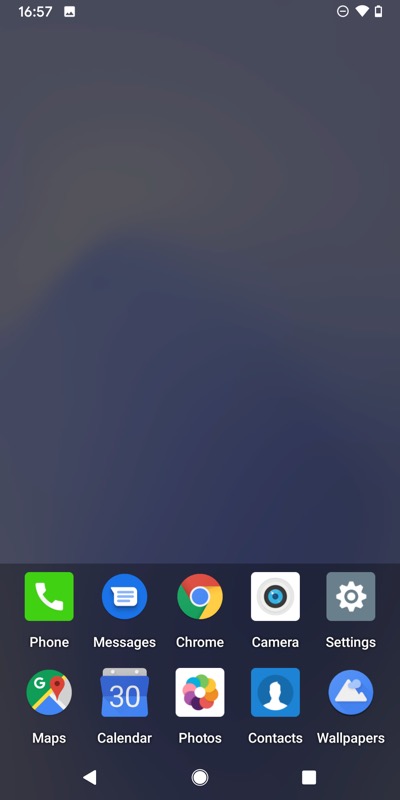 The main home screen, with typical Android home features: a time and weather widget from the launcher provider (so Bing Weather); space for widgets and shortcut icons; a search widget from the launcher provider (so, as you'd expect, searches are done through Bing!), including camera capture and voice search facility (Bing again), and then a five icon 'dock' that's persistent however many home screens you add; (right) the dock can be swiped up to reveal a second row of shortcuts, a unique feature. Note that here the icons are all labelled - the labels are optional. 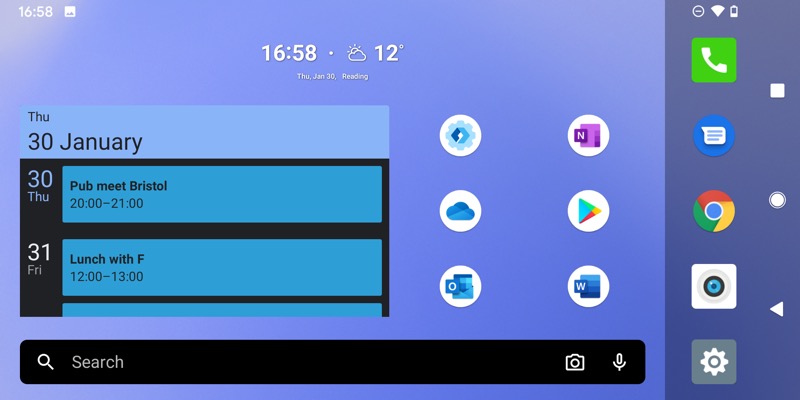 Rotating the phone also rotates the homescreen, unlike most standard Android launchers. And it's not hard to see why most don't allow rotation - transforming a portrait layout to landscape is a tougher computer science problem than you might imagine! I'm sure Microsoft Launcher will get further tweaked in this department as the months roll on... 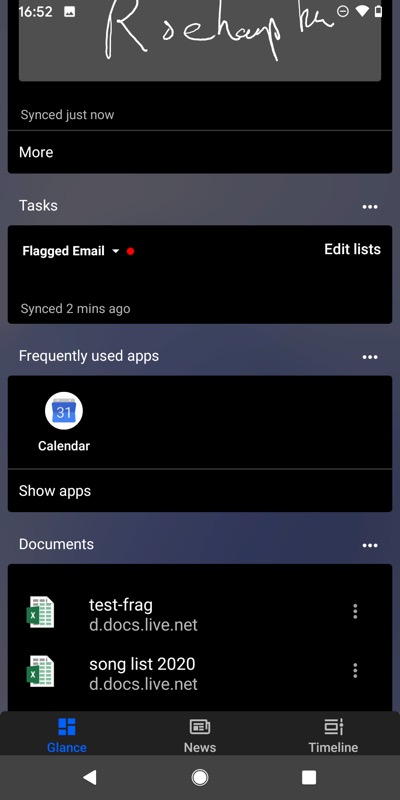 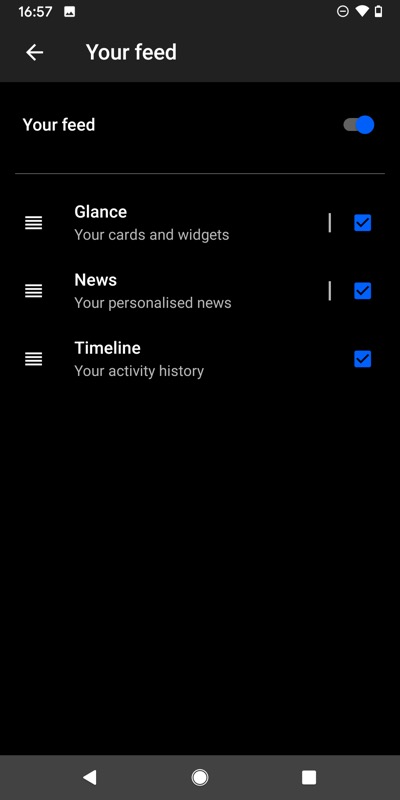 Off to the left of the homescreen is the 'Your feed' pane, of which just a fragment is shown here. As shown on the right, you can customise what's shown here, essentially up to date information and shortcuts that are useful to your life. 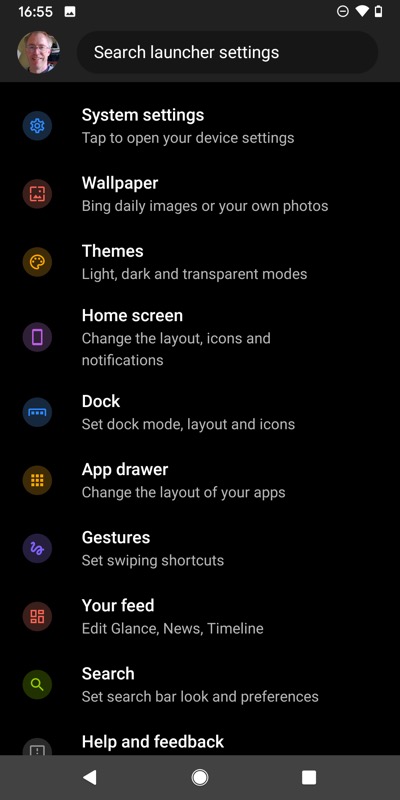 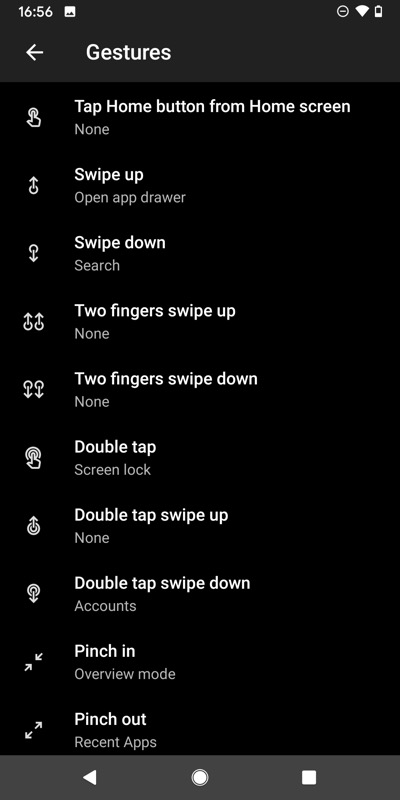 Launcher settings are in the main phone app drawer under 'Microsoft Launcher Preview' - the top item is a link to the phone's default Settings hierarchy, but everything below is new and you can customise a huge number of things about how the launcher looks and behaves; (right) including how it responds to gestures - knock yourself out here to mimic your previous favourite launcher! 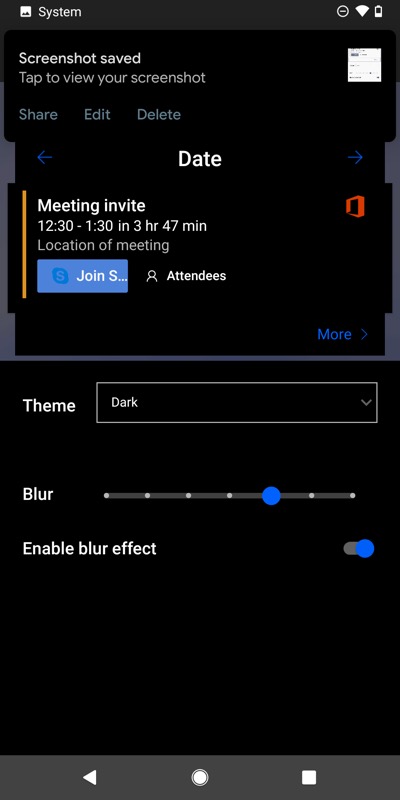 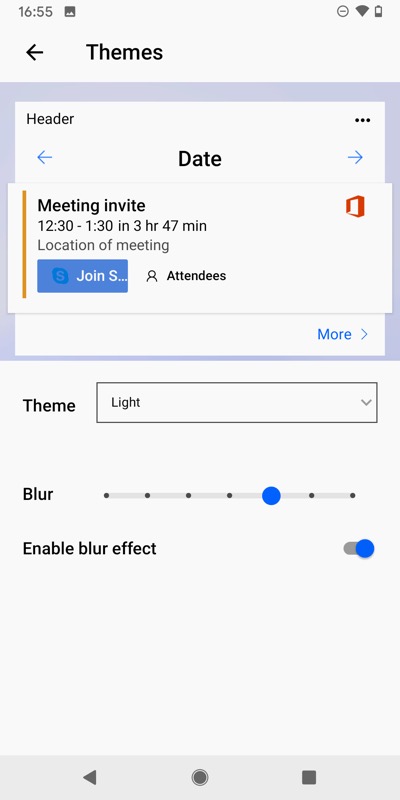 Also present is the choice of dark (left) or light (right) theme - both work well, though the light one is dazzling at night, plus it uses up more battery power on modern AMOLED screens. But it's up to you!

For a 'Preview' product, this is surprisingly stable. I still managed to crash it a few times, but then a) I can crash anything, and b) it's only a launcher - if it crashes then it doesn't take any apps with it, so you just launch the err.... launcher again!

Comments welcome - I think this shows a lot of promise!!