How to: sideload classic Windows Phone 8 games onto a modern Lumia

The really interesting thing about Windows 10 Mobile is that it's fully backwards compatible with old Windows Phone 8 software. Even for games. Which you really wouldn't think after browsing the Microsoft Store, since many of the classic titles aren't there anymore. But that's no reason to be disheartened, especially if you're prone to a little installing and unzipping, since there are archives of classic WP8 games online and it's the work of moments (once you've got everything in place) to 'sideload' these titles to your Lumia 950 or similar in the current day.

Games like Fruit Ninja, Cut the Rope, and Angry Birds were classics (the links here go to our original reviews/mentions back in the day) and have been much missed in the Windows 10 Mobile Store. It's not clear when they disappeared, but in theory if you had a Lumia 930 or similar then there's every chance you might still have some of these games on your phone, working well, and which have persisted through numerous OS updates.

Back in the real world, most of us have done at least one factory reset or device replacement since 2014/2015 and we were somewhat taken aback by our favourite games not being restored/re-installed as part of getting the phone or new device up and running.

Now, I do understand how the commercial world works and the publishers of these games didn't want to expend support resources on a dwindling software platform, so their titles were eventually withdrawn, but there's ZERO technical reason why the games themselves shouldn't work under the latest Windows 10 Mobile. Hence this article.

Over the years there have been various attempts to archive Windows Phone games (each of which typically exists as a single '.xap' archive), some more successful than others, but thanks to a reader here I was pointed to this archive, which is the one I'll use below. (Small print time: as you'd expect, AAWP takes no responsibility for the status or contents of files found at such external URLs, it's the reader's/downloader's risk!)

The games all do seem to be full and not trial versions, which raises an extra legal/moral question. But given that the developers themselves were the ones who abandoned the platform and stopped taking our money four years ago, it doesn't seem too problematic to worry about not paying them money in 2020. If any of the game developers are listening/reading this then just put your title back in the Store officially and we'll plug it to high heaven and start buying again!

In addition, importantly, note that many of us have already bought these games, i.e. developers have already had our money, years ago, and it's us, the users, who have been inconvenienced by not being able to play the games we paid for, after a device change or reset. As a huge Angry Birds fan who paid with my own money for all the titles in the range between 2013 and 2015, it's been annoying, to say the least, not to be able to play the games I paid for on the platform I paid for them on, etc. 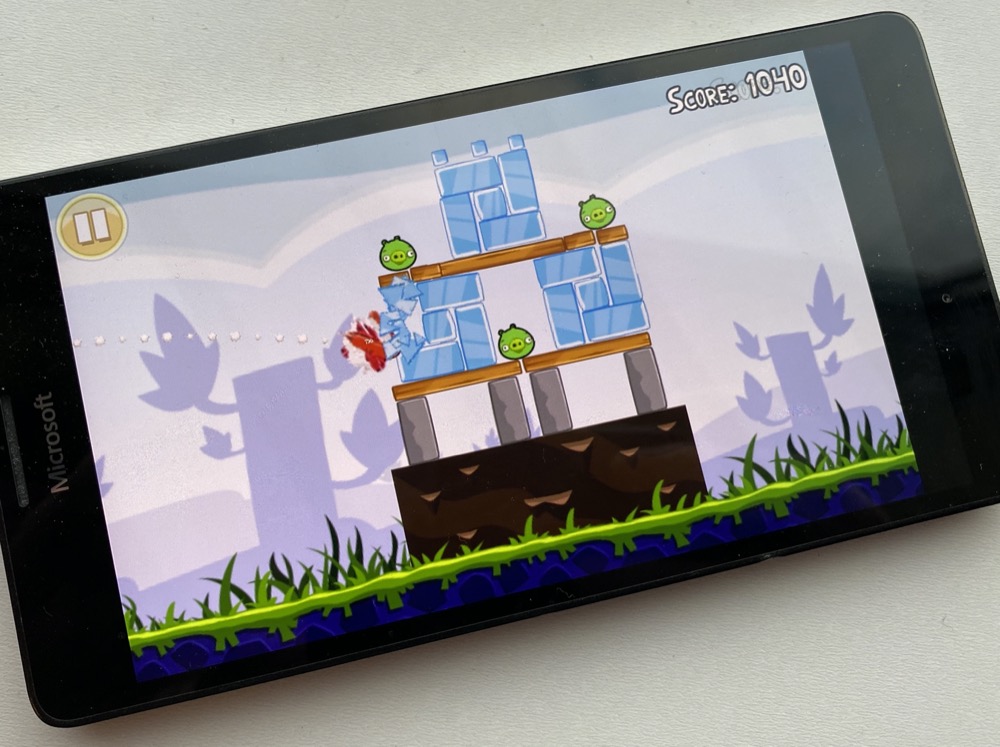 The first and classic Angry Birds, here played in 2020 on the Lumia 950 XL. Ah, the memories! Mind you, I've had to start from the very first level again!!

In any case, here on AAWP I wanted to show how to do the side-loading. You'll need:

There's another caveat too - in order to play the games then you need to leave your phone in 'developer' mode. Not a huge issue, I suspect, since if you're clued up enough to be tackling this then you'll also know to avoid any malicious apps you might encounter. But worth noting. If you take your phone out of 'developer' mode then you'll get an error message when launching such side-loaded titles.

If you're happy to proceed then read on....

[Note that the instructions in this feature are adapted, corrected, and expanded from those here.] 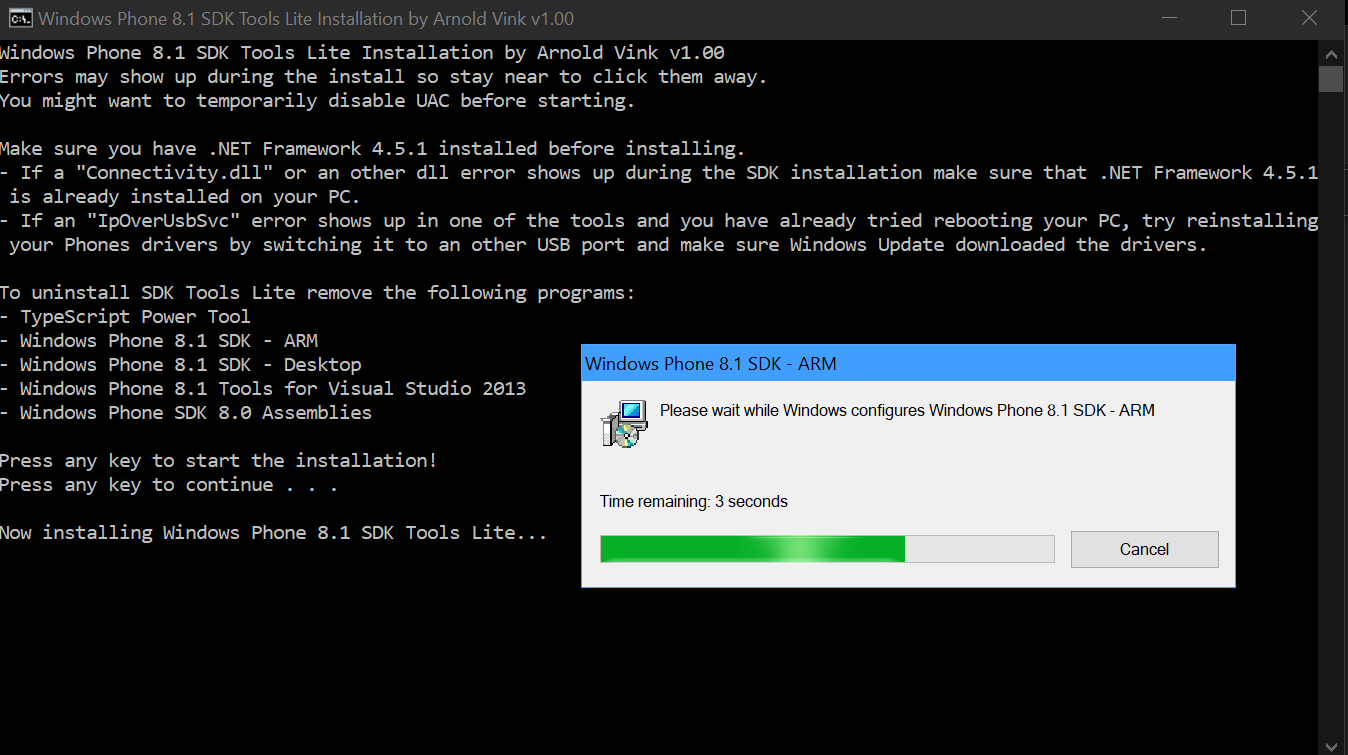 3. Download the WPV XAP Deployer Tool: from here. Yes, it's third party software and all bets are off. But then Windows 10 Mobile itself is now officially unsupported, so we're definitely in 'enthusiast, it's worth a go' territory. I've tried the tool and it does what it claims to, with no ill effects or anti-virus warnings.

4. Download any or all of the XAP archived games from this Internet archive (all links here, by the way, work as of February 2020, when writing this piece.)

5. On your Windows 10 Mobile phone, go into Settings/Update & Security/For developers' and set the toggle to 'Developer mode'. Don't worry about any warnings - you know what you're doing!

6. Plug your phone into the PC and wait while all the recognition steps settle down (30 seconds or so)

7. Run WPV XAP Deployer. Click the 'Add Xap files' button and add the games you want to install. Then click on 'Deploy'. 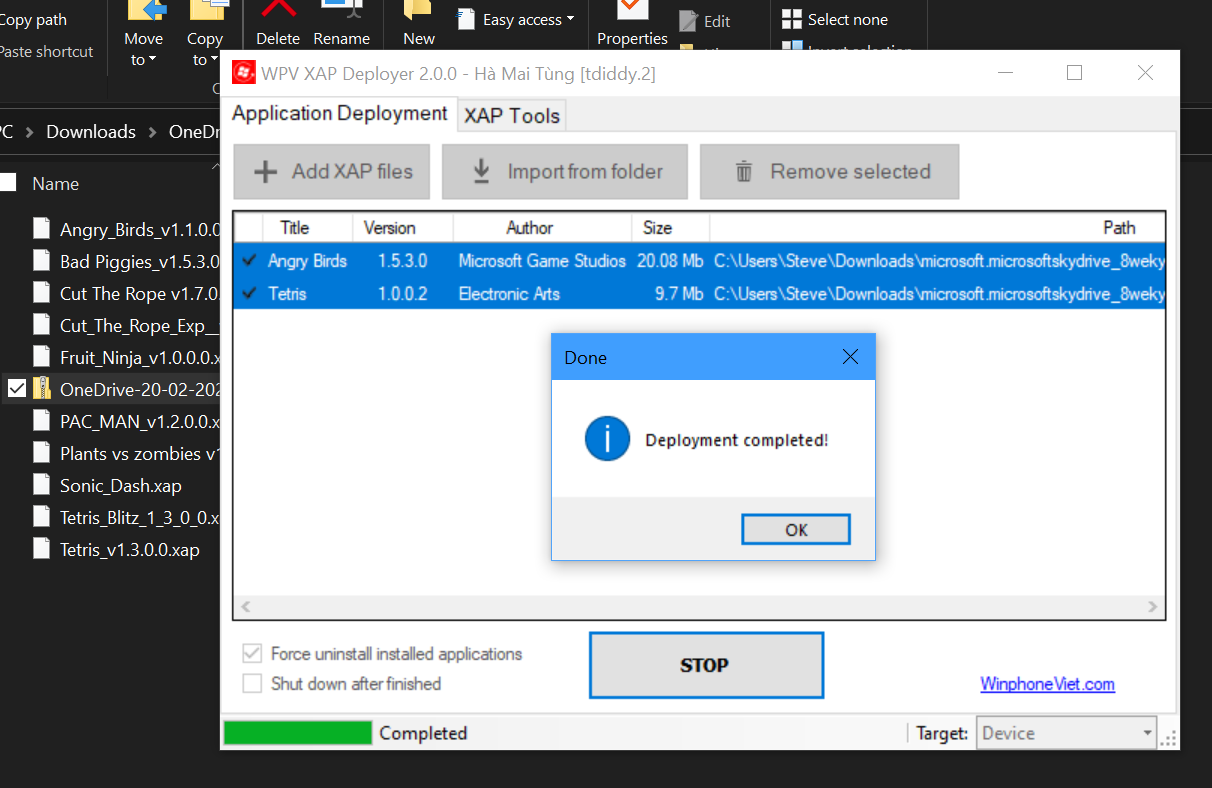 The games should appear in the phone's Apps list within a few seconds and can be run or pinned as usual.

All very interesting - most 'abandoned' platforms end up with a vestigial user base of enthusiasts who find ways to work around any gaps in the platform - and Windows 10 Mobile seems to be no different! Comments welcome.

PS. Thanks to AAWP reader Lasitha Samarasinghe for his help with this feature.