It's went down to the wire between Google and Microsoft, but the planned cut-off for new Windows Phone users to set up a sync relationship with Google services using Exchange ActiveSync has been moved back. Tomorrow's deadline has now been punted long to July 31st 2013.

Windows Phone currently uses the Exchange ActiveSync (EAS) protocol to sync with Gmail, Google Contacts and Google Calendar. Google had previously announced that new connections would not be accepted after January 31st. Instead of using EAS, Google is promoting the use of CardDAV and CalDAV for sync, but these protocols are not currently supported by Windows Phone.

Microsoft had previously indicated it would add support for CardDAV and CalDAV to Windows Phone in a future update, but any update would not arrive before the end-of-January cut off. Microsoft confirmed this today by saying that it was "building support for the new protocols" into the platform and that they would "enable Windows Phone users to continue to connect to Google services after July 31st 2013".

This means there will now be minimal disruption for any Windows Phone device owner using Google's email, contact, and calendar services. Until today's news it was likely there would have been an intervening period during which it would not have been possible to make new sync connections to Google services from a Windows Phone devices.

Google made the announcement about the exteneded deadline in a statement it released today:

As announced last year, our plan is to end support for new device connections using Google Sync starting January 30, 2013. With the launch of CardDAV, it’s now possible to build a seamless sync experience using open protocols (IMAP, CalDAV and CardDAV) for Gmail, Google Calendar and Contacts. We'll start rolling out this change as planned across all platforms but will continue to support Google Sync for Windows Phone until July 31, 2013.

As noted on the Windows Phone blog Microsoft are still planning to implement CalDAV and CardDAV:

At the same time, the Windows Phone team is building support into our software for the new sync protocols Google is using for calendar and contacts—CalDAV and CardDAV. These new protocols, combined with our existing support for the IMAP protocol for email, will enable Windows Phone users to continue to connect to Google services after July 31, 2013.

Google are still planning to withdraw EAS support, but the extra six months will be welcomed by Microsoft's developers and ensures Google are not cast as 'the bad guy' for taking Gmail away from Windows Phone. 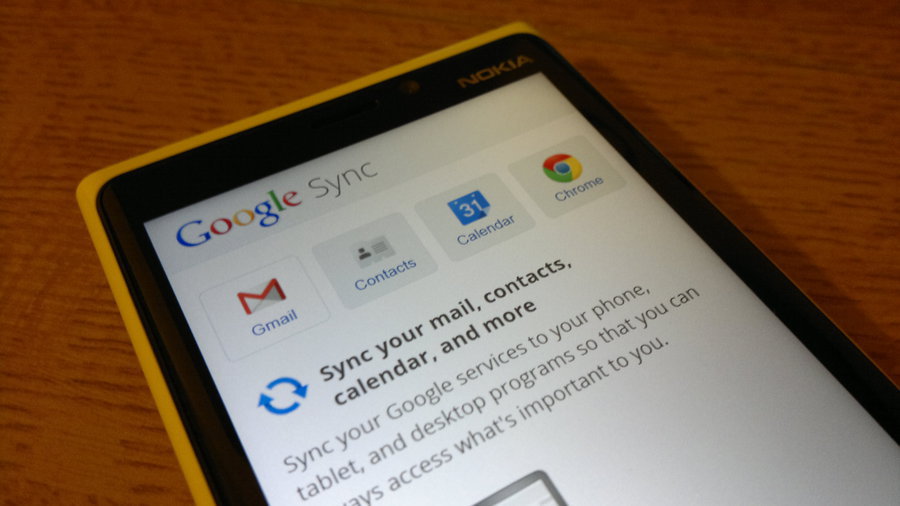 The reality is probably more nuanced, and we've little doubt that there has been a lot of negotiation and brinkmanship going on between Redmond and Mountain View. That's under the surface though - customers will not see a break in service tomorrow, and there is time for a better supported solution to be tested and implemented, rather than rushed out. That's probably the most important part of this news.

Microsoft's statement can be found on the official Windows Phone blog.