10tones has established an excellent reputation for bringing some cracking indie games to the Windows Phone platform (e.g. Sparkle, Joining Hands, King Oddball) combining great game play with some slightly-off-the-wall back stories. The latest addition to their line up is Heroes of Kalevala for Windows Phone 8, which combines a "match-3" style puzzle game, in the genre popularised by Bejewelled, with a storyline drawn from Finland's most famous poem (yes, really).

The game play should be familiar to most, there's a game field full of playing pieces, and by switching over two adjacent pieces, you line up three similar shapes and make them disappear. New pieces flood in from the top to fill any gaps, and chain reactions can happen which look very pretty.

There are also various power-ups (e.g. dynamite and bombs to clear a large areas of the playing field) and heroes with special powers (e.g. burning random tiles or flooding parts of the gaming field). Another improvement on the genre is the wide variety of playing fields (more than 150 "hand crafted" levels), each with their own quirks and strategies required to efficiently clear them. 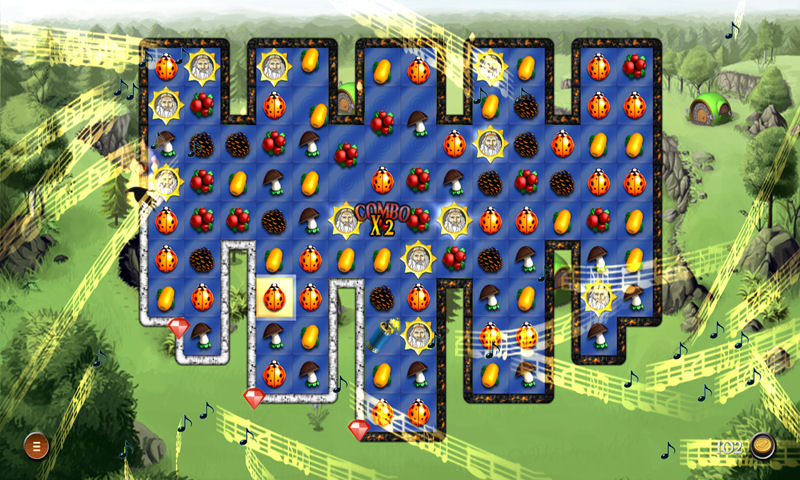 To make the game more interesting 10tons have included a storyline that draws on The Kalevala, a 19th-century work of epic poety compiled by Elias Lönnrot from Finnish and Karelian oral folklore and mythology. This takes the form of a combination of village building simulation, which has direct ties to the puzzle game play, and a fully voiced over storyline. It's one of the most unique approaches we've seen in this type of game and certainly makes Heroes of Kalevala stand out from other games of this genre. 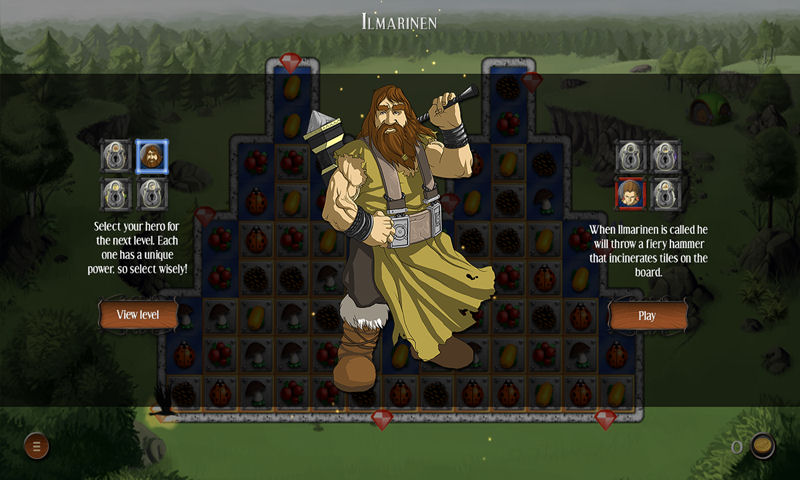 Ewan reviewed Heros of Kalevala in its Symbian incarnation and concluded:

On top of the well thought out game mechanics is the story of Kalevala. It's told through artistic still images that are slowly panned over, with a “friendly yet ancient and all-knowing” narrator's voice. It adds to the colour and struggle of the villages, at the same time as clearly introducing new game concepts and rules, as they are required. While seemingly superfluous to the actual game, it adds to atmosphere of the game.

Heroes of Kalevala is a slick piece of programming, with some great visuals and presentation. But it’s important to remember that all of this fails if the core game-play is rubbish. Thankfully it’s not, this is one of the more innovative match three games out there. Pure game players might bemoan the added bells and whistles, but they can go and sit in the corner, because I think everybody else will love this.

Heroes of Kalevala can be downloaded from the Windows Phone Store. The game costs £1.49 / €1.99 / $1.99. There's no trial available, which is a shame, but given 10tons track record it shouldn't be too much of a stumbling block.

Filed: Home > Flow > Heroes of Kalevala is a puzzle game with a story based on an epic Finnish poem