At this point it is worth noting that Nokia also has a beta release of the storage check app available from the Windows Phone Store, named Lumia storage check beta, which is a standalone app (i.e. not integrated into the Settings app). The core features in the two versions are similar, but the beta version has a very useful extra. In addition to providing a link to manage maps it also allows you to move the storage location of downloaded maps from phone (internal memory) to SD card (external memory).

Given that downloaded maps can take up a considerable amount of space, the beta version of storage check offers the potential to save significant amounts of internal memory space, perhaps even more than can be reclaimed from temporary files, so the beta is well worth investigating, especially if you download a lot of maps for offline use.

For obvious reasons the maps-on-memory-card option only applies to devices with a microSD card slot (Lumia 820, 720, 620, 520), but happily these are the devices that have more limited internal memory (8GB compared to 32GB on the Lumia 920). Do note that existing maps are not moved across, so you will have to re-downloads your maps to benefit from any space savings. 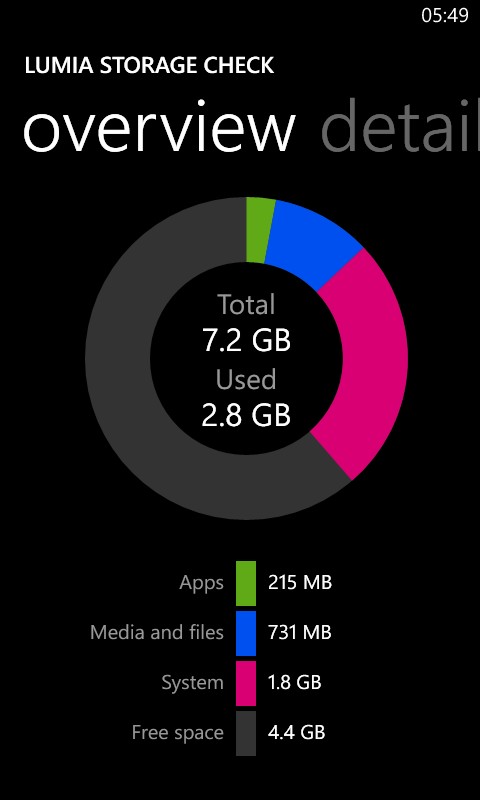 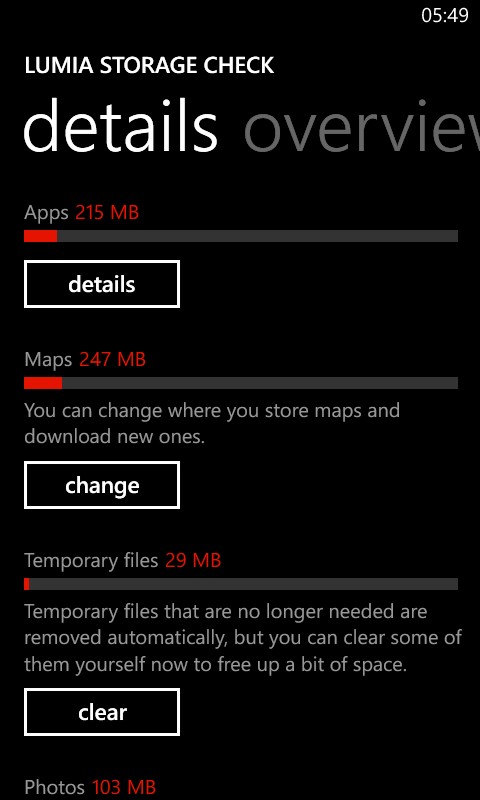 This handy app visually displays your phone storage to give you an overview of your used and available space, as well as the option to clear out your temp files.

If your Lumia Windows Phone 8 device is running a recent firmware (1314 or above) you will be automatically notified about the update. However, the app is also listed in the Windows Phone Store for manual download (Lumia devices only, firmware 1314 or greater required).

The beta version of storage check is also available in the Windows Phone Store and has the same firmware requirements as the mainstream release.