Microsoft's YouTube app, which returned to the Windows Phone Store earlier this week, has been blocked by Google. On opening the updated app an error message is displayed, "something happened, we're not sure what", and no content is loaded, a result of Google revoking the API key used by the app.

Microsoft first published the feature rich YouTube client for Windows Phone earlier this year, but the app was withdrawn from the Windows Phone Store after Google voiced concerns that the app was not compliant with YouTube's terms of services. The updated app that was released early this week was assumed to address these issues (downloading of videos, integration of adverts, access to restricted content), but it is now apparent that there continues to be a disagreement between Microsoft and Google, with the sticking point being over implementation of a native versus HTML 5 based player.

Despite the fact that both Microsoft and Google said they were working together on a Windows Phone app the re-release of the Microsoft app appears to have taken Google by surprise. The end result is bad news for consumers, and, while both companies say they will continue to work together, there is no immediate resolution in prospect. 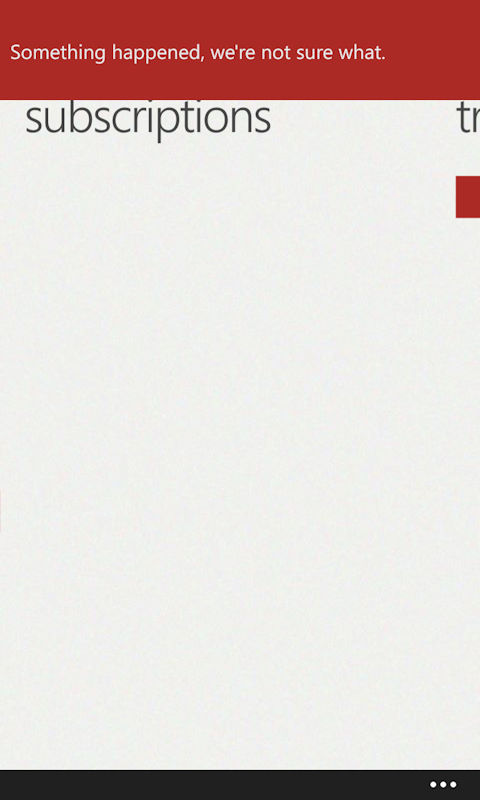 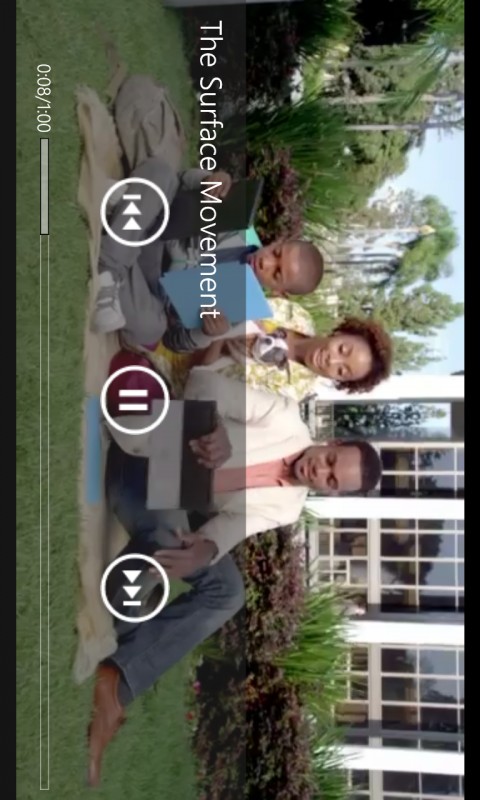 Google has released a statement saying that it has disabled the app (by revoking the API key) because the Microsoft app continues to violate Google's terms of service:

"Microsoft has not made the browser upgrades necessary to enable a fully-featured YouTube experience, and has instead re-released a YouTube app that violates our Terms of Service. It has been disabled. We value our broad developer community and therefore ask everyone to adhere to the same guidelines."

Google's action in blocking the app altogether is unusually user hostile and is likely to be very unpopular with consumers, but few would disagree the company is within its rights to decide the terms of service of services for YouTube or any of its other products.

Microsoft, in a post on its Microsoft on the Issues blog, has released a statement summarising the recent background of the YouTube app on Windows Phone and going into more detail on the current sticking point:

There was one sticking point in the collaboration. Google asked us to transition our app to a new coding language – HTML5. This was an odd request since neither YouTube’s iPhone app nor its Android app are built on HTML5. Nevertheless, we dedicated significant engineering resources to examine the possibility. At the end of the day, experts from both companies recognized that building a YouTube app based on HTML5 would be technically difficult and time consuming, which is why we assume YouTube has not yet made the conversion for its iPhone and Android apps.

For this reason, we made a decision this week to publish our non-HTML5 app while committing to work with Google long-term on an app based on HTML5. We believe this approach delivers our customers a short term experience on par with the other platforms while putting us in the same position as Android and iOS in enabling an eventual transition to new technology. Google, however, has decided to block our mutual customers from accessing our new app.

While it is clear that Microsoft's non-HTMlL 5 app does not currently meet the terms and conditions for YouTube, the fact that Google's own apps for Android and iOS do not use an HTML 5 based solution does make Google's position somewhat difficult to defend in the court of public opinion. From a legal stand point things are less clear. Google does have the right to set its own terms and conditions, but may face accusations of illegal anti-competitive behaviour. The contention would be that Google is intentionally degrading the YouTube experience (interoperability) on Windows Phone and by doing this it is seeking to leverage its dominant position in one market (web video) to give it a better position in another market (smartphones). Whether this is legal or not is open to debate, but it's certainly true Google is facing regulatory scrutiny around similar issues in both Europe and the US.

Microsoft clearly feels that Google is blocking the YouTube app on Windows Phone for reasons outside the technical realm, but does admit that it has been unable to implement ad integration fully:

It seems to us that Google’s reasons for blocking our app are manufactured so that we can’t give our users the same experience Android and iPhone users are getting. The roadblocks Google has set up are impossible to overcome, and they know it.

Google claims that one problem with our new app is that it doesn’t always serve ads based on conditions imposed by content creators. Our app serves Google’s advertisements using all the metadata available to us. We’ve asked Google to provide whatever information iPhone and Android get so that we can mirror the way ads are served on these platforms more precisely. So far at least, Google has refused to give this information to us. We are quite confident that we can solve this issue if Google cooperates, but fixing Google’s concern here is entirely within Google’s control. If Google stops blocking our app, we are happy to work with them on this, entirely at Microsoft’s expense.

Google also says that we are not complying with its “terms and conditions.” What Google really means is that our app is not based on HTML5. The problem with this argument, of course, is that Google is not complying with this condition for Android and iPhone. Again, we’re happy to collaborate with Google on an HTML5 app, but we shouldn’t be required to do something that apparently neither iPhone nor Android has successfully figured out how to do.

Microsoft also notes that Google has raised concerns over experience and brand:

Google raises concerns about our branding too. The funny thing about this point is that we’ve been using the same branding continuously since 2010 for an inferior YouTube app. Now that we have an app that gives users a fuller YouTube experience, Google objects to the branding (even though we’ve taken additional steps to clarify that we are the author of the app). Go figure.

Finally, Google cites a degraded experience. Since 2010, Google permitted a Windows Phone app that was far below the iPhone and Android app experiences. Reviews of our new app are unanimous that the experience is much improved, and we’re committed to making adjustments to improve it further.

Google, arguably, has more of a case in this latter issue. Past performance and behaviour, while it can set a precedent, should not be taken as benchmark for experience and branding issues.

Microsoft finishes by saying it will continue to work with Google, giving consumers some hope that the dispute will be resolved at a future date:

Nonetheless, we are committed to giving our users the experience they deserve, and are happy to work with Google to solve any legitimate concerns they may have. In the meantime, we once again request that Google stop blocking our YouTube app.

The reality is that the disagreement is not really about the technicalities of implementing YouTube on Windows Phone, but rather a minor skirmish in a wider battle of ecosystems between the two companies. As we concluded in our original coverage this battle is driven primarily by commercial considerations:

In the meantime if you want a good YouTube experience on Windows Phone download the third party MetroTube app.