Evernote, that other favourite cloud-synced note taker, has been updated on Windows Phone in a big way in recent months, with v4.3 brand new and with the Post-it integration (introduced in v4.2) now fully mature, including recognition of searchable text in notes.

The system works remarkably well in practice, with clear imaging and surprisingly good recognition of text, all optimised for Post-it notes (and, ultimately, designed to sell more Post-its, an option within the Settings section, but you can't blame either company for a little profiteering on the side!): 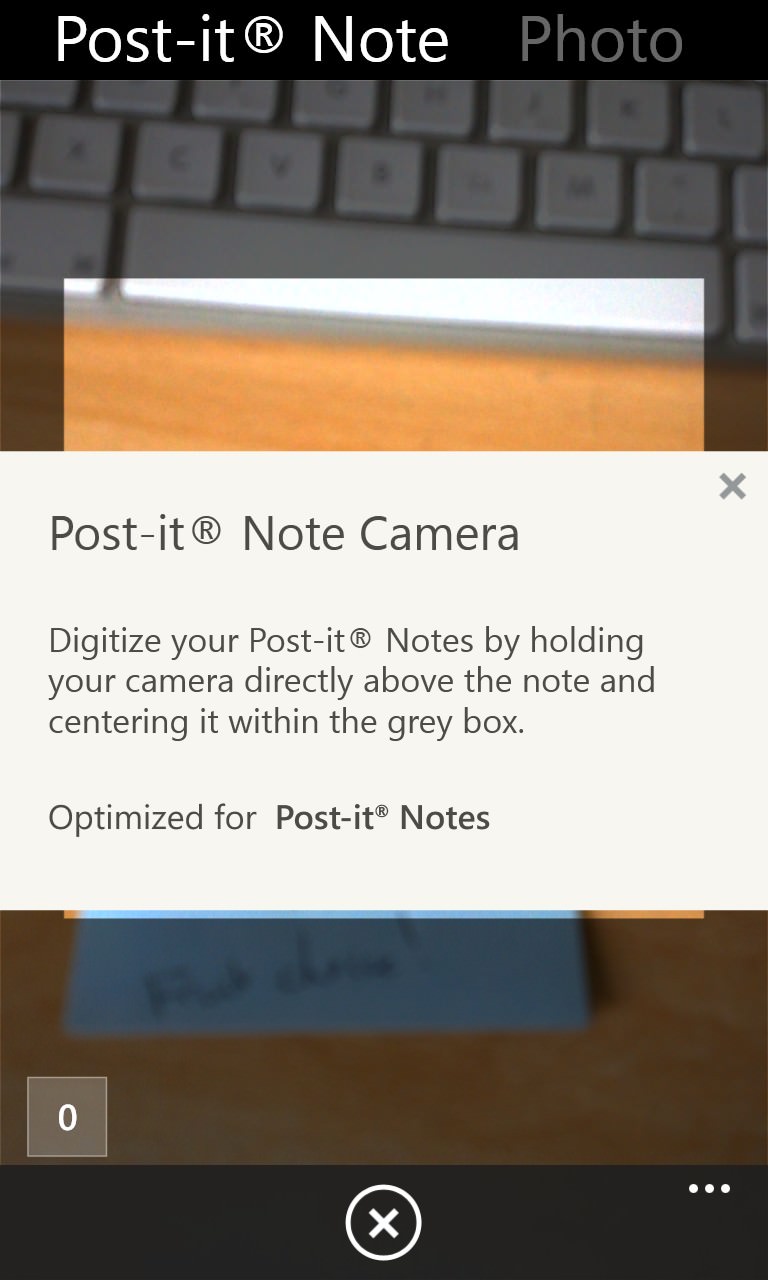 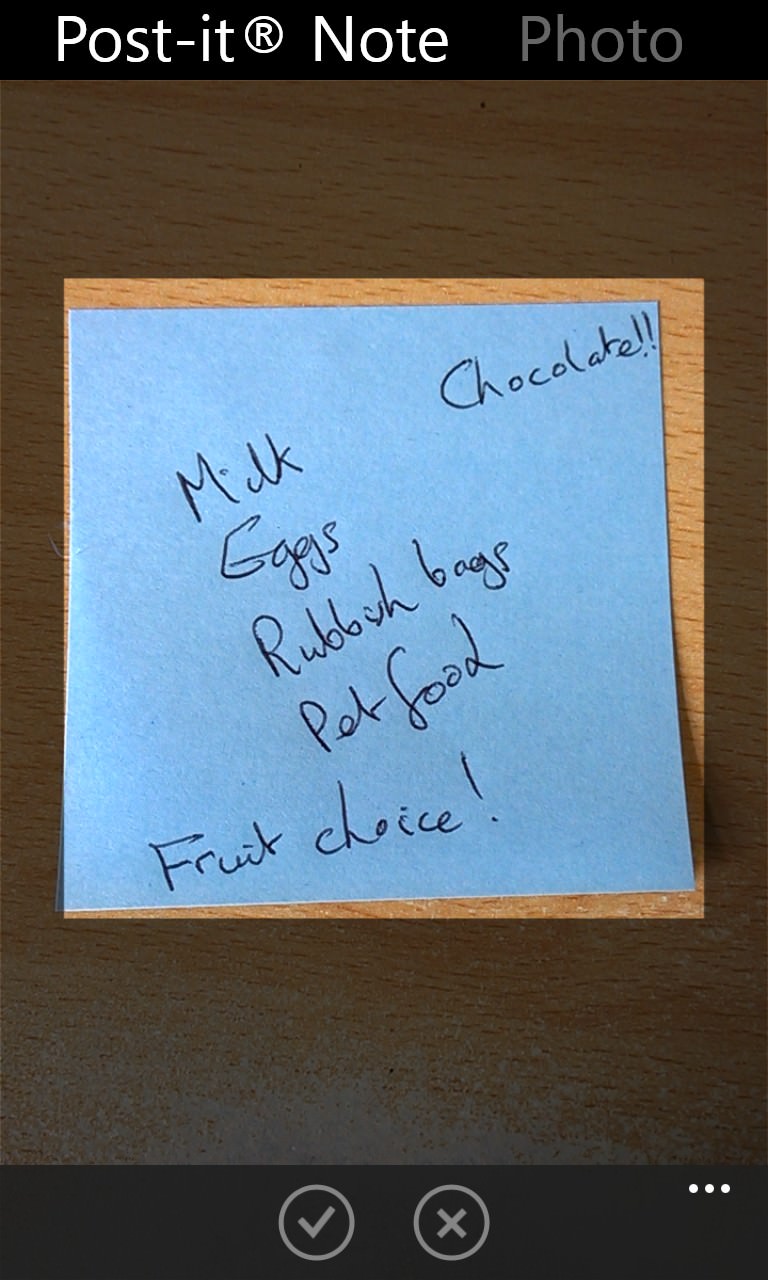 'Post-it Note' is a pane/option available within the standard Evernote Photo/camera module. Of note is that there's no auto-focus - instead, tapping both tries for a focus and also takes the shot, so be careful on the Lumia 1020, as focussing isn't guaranteed at this distance. 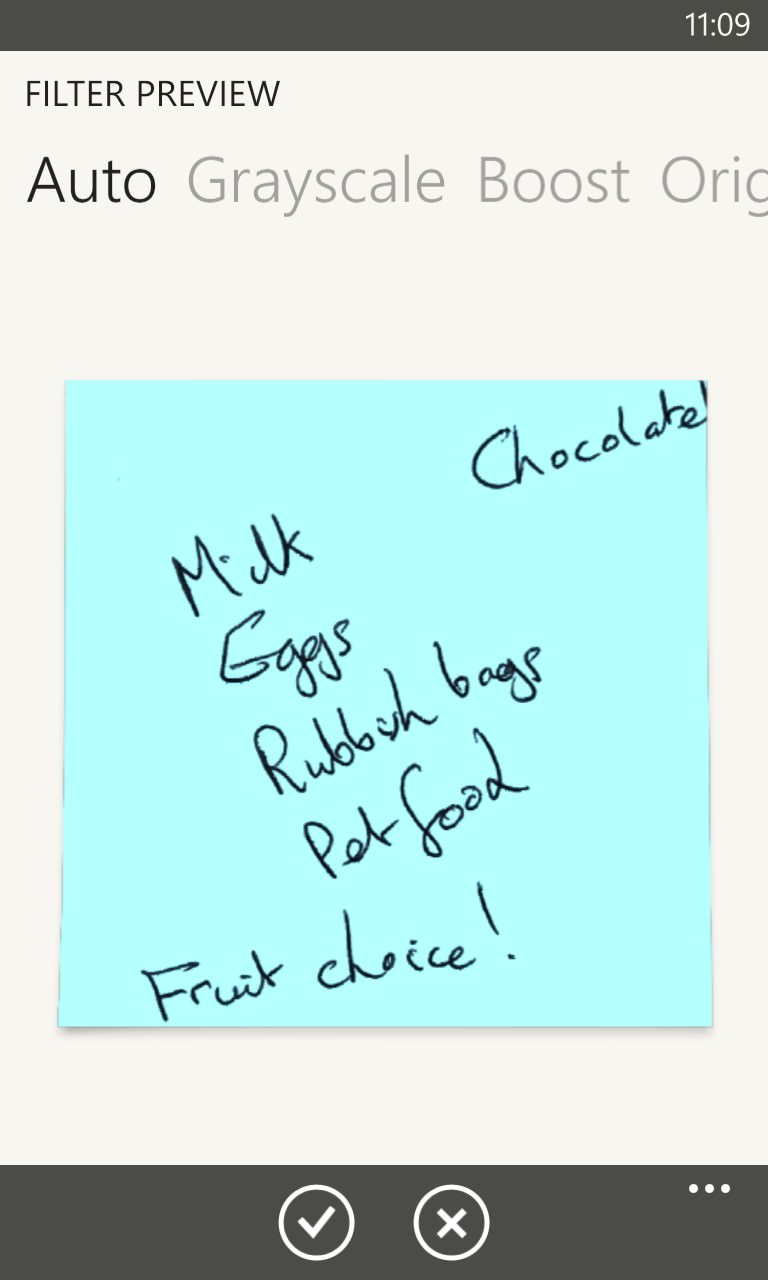 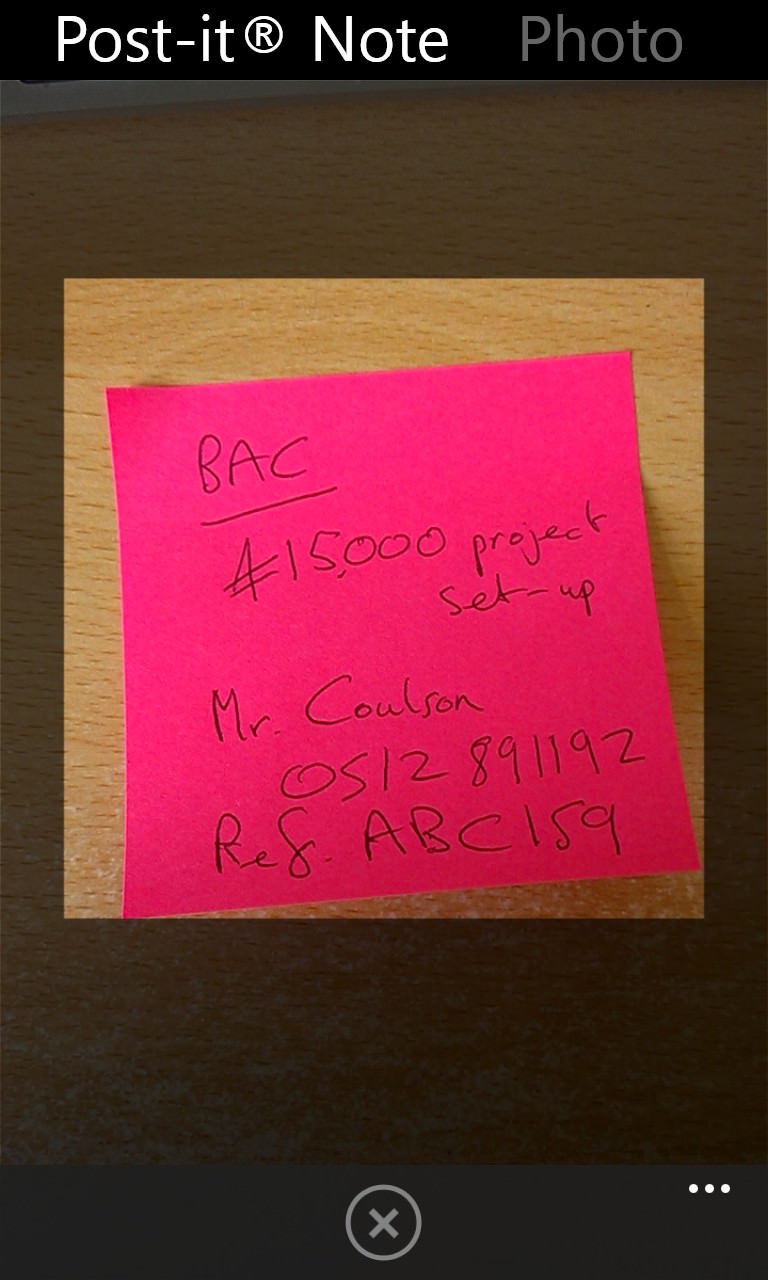 Filters here are less about art and more about making the text as clear and as high-contrast as possible; (right) snapping a second note, the experience is pleasant and quite intuitive... 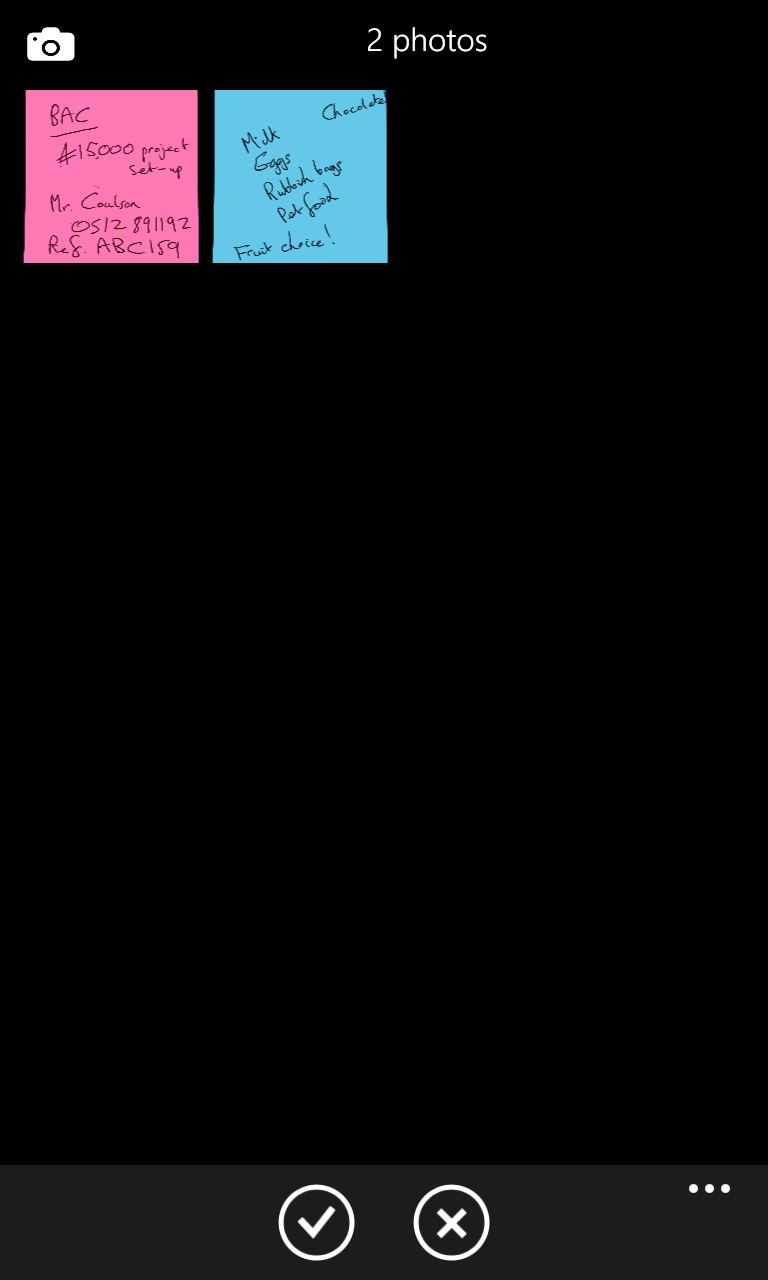 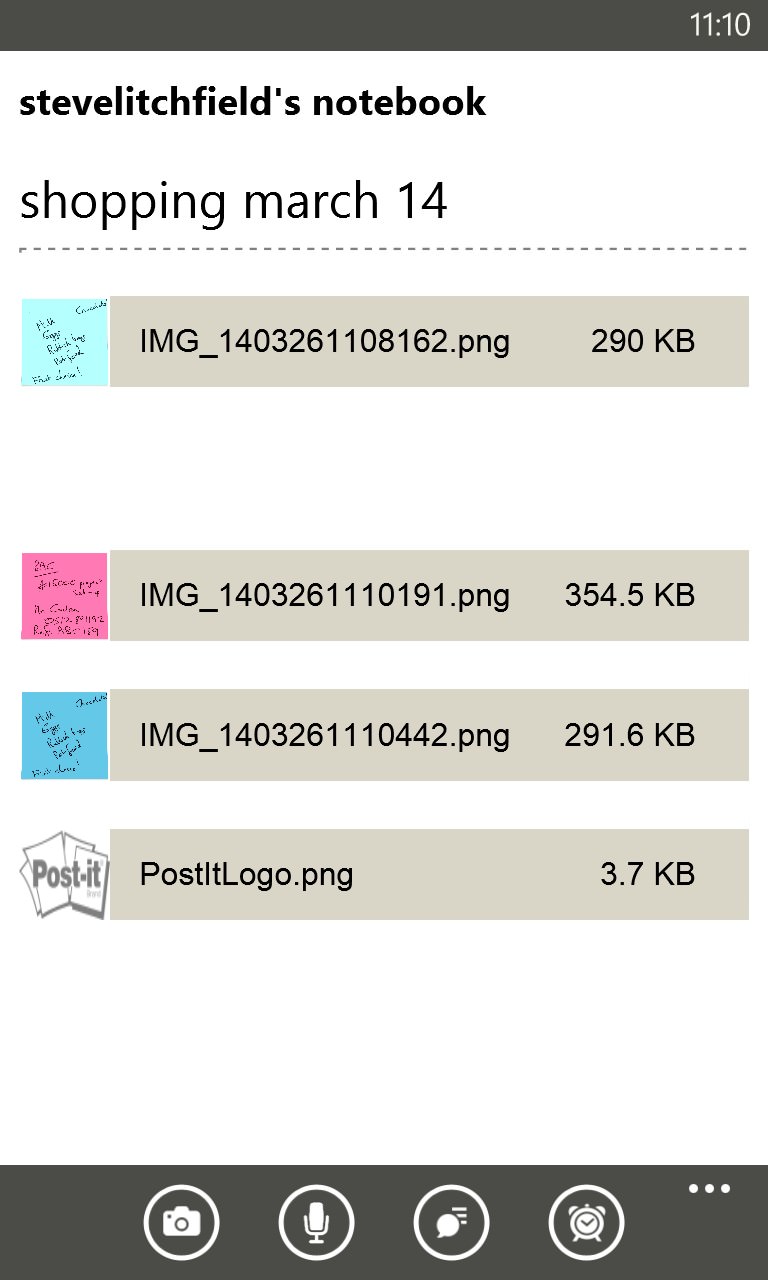 Multiple Post-its can be snapped into a single note if required, depending on what you're doing (e.g. archiving a productive meeting) 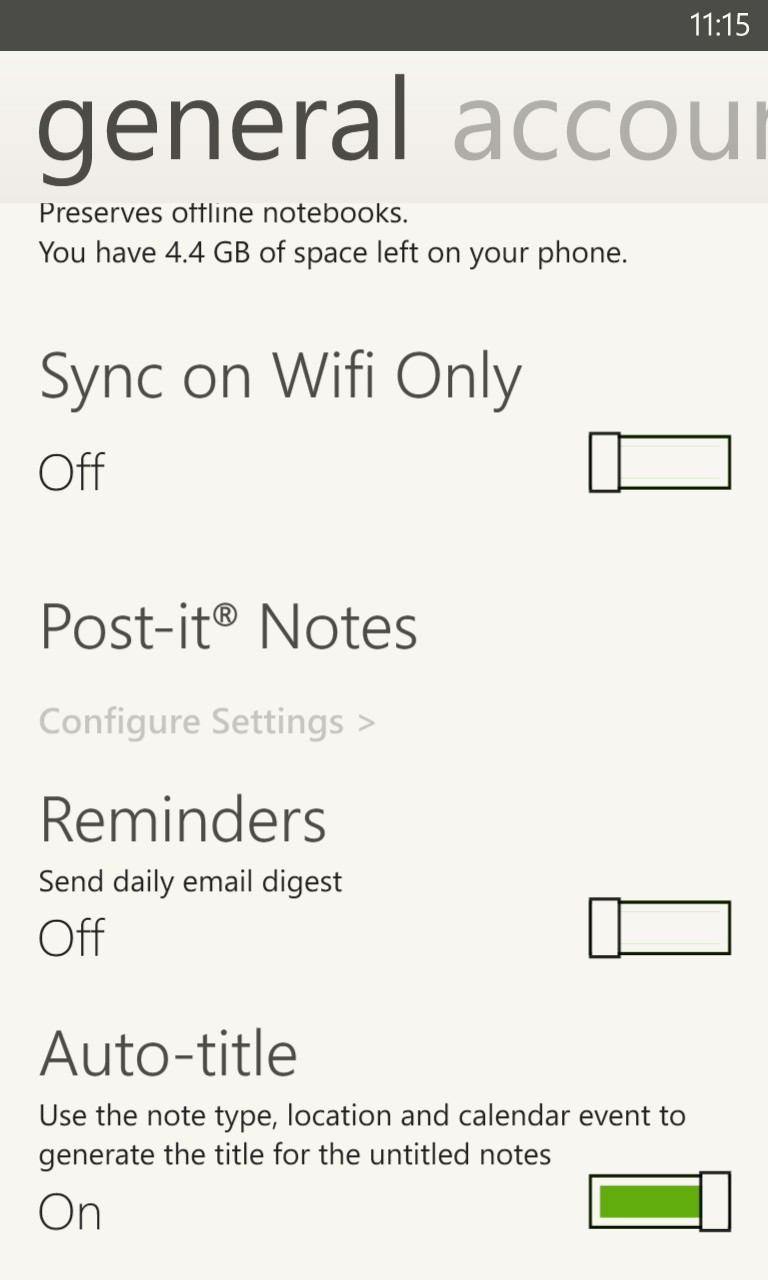 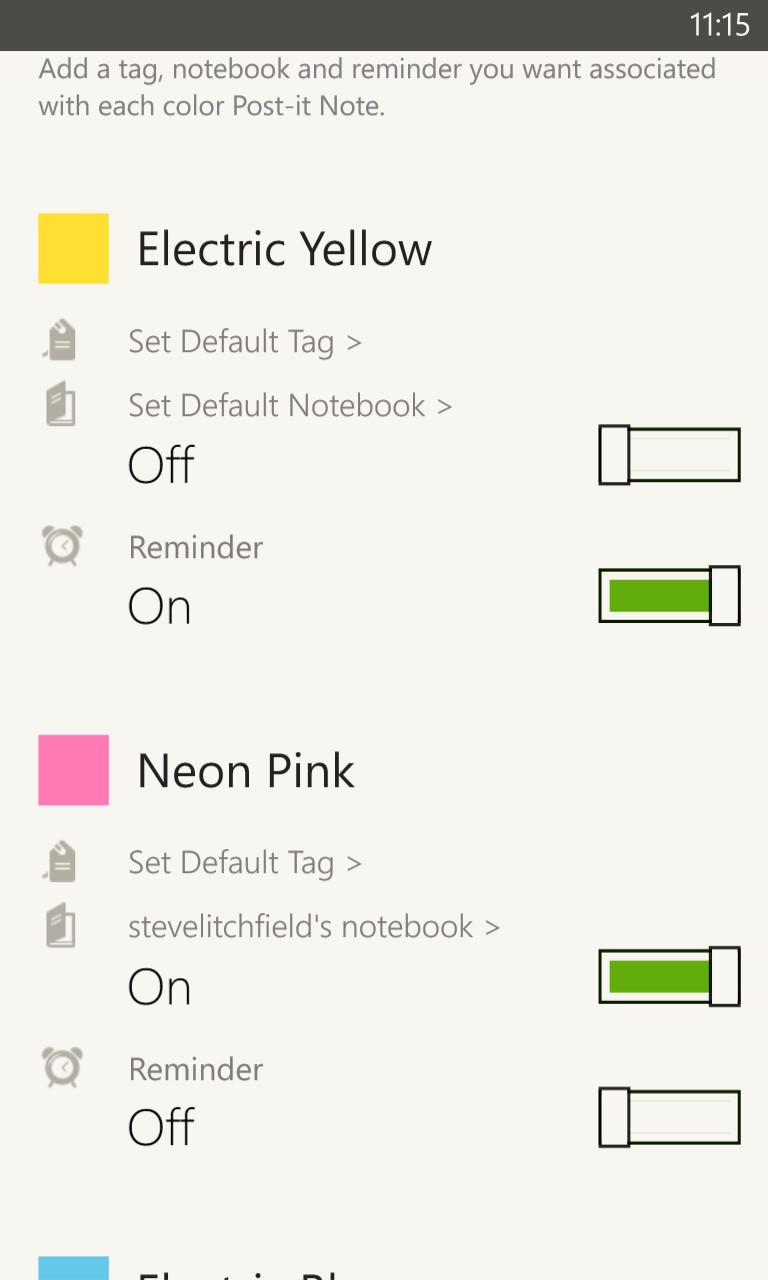 Within Settings, there's a new section devoted to Post-its, with the handy option to auto-recognise specific colours and auto-assign such notes to a specific Evernote notebook....

Searching my new Post-it Evernote notes proved surprisingly fruitful, with most words recognised and searchable and with the only failures due to excessive slanting or - simply - my terrible handwriting. Presumably the OCR is helped enormously by the guaranteed consistent background of the Post-its.

Highly recommended - and you can do a lot with Evernote without needing to investigate the 'premium' subscription option - you can download this for free in the Windows Phone Store.