Sports Tracker is the grand-daddy of GPS tracking utilities, having started on smartphones back in the days of Nokia's S60, around 2004, as an internal Nokia project. We covered it here on AAWP almost three months ago and then again a few days ago briefly, but as a fan of the application I wanted to try it out in its facelifted guise.

Here's the quoted changelog (for your interest):

Don't worry too much about 'known issues' - the very fact that a developer acknowledges these shows that they're on the ball and that a fix is being worked on. It's good to see fixes to do with 'application tombstoning', i.e. maintaining tracking even when the use of other applications forces Sports Tracker from RAM and the fast-resume system. It's not rocket science, after all, every position is time and position tagged, so enough is now written to file in real time that tracking can be faithfully resumed.

Anyway, not a full review, but here's the new version of Sports Tracker in action, out and about: 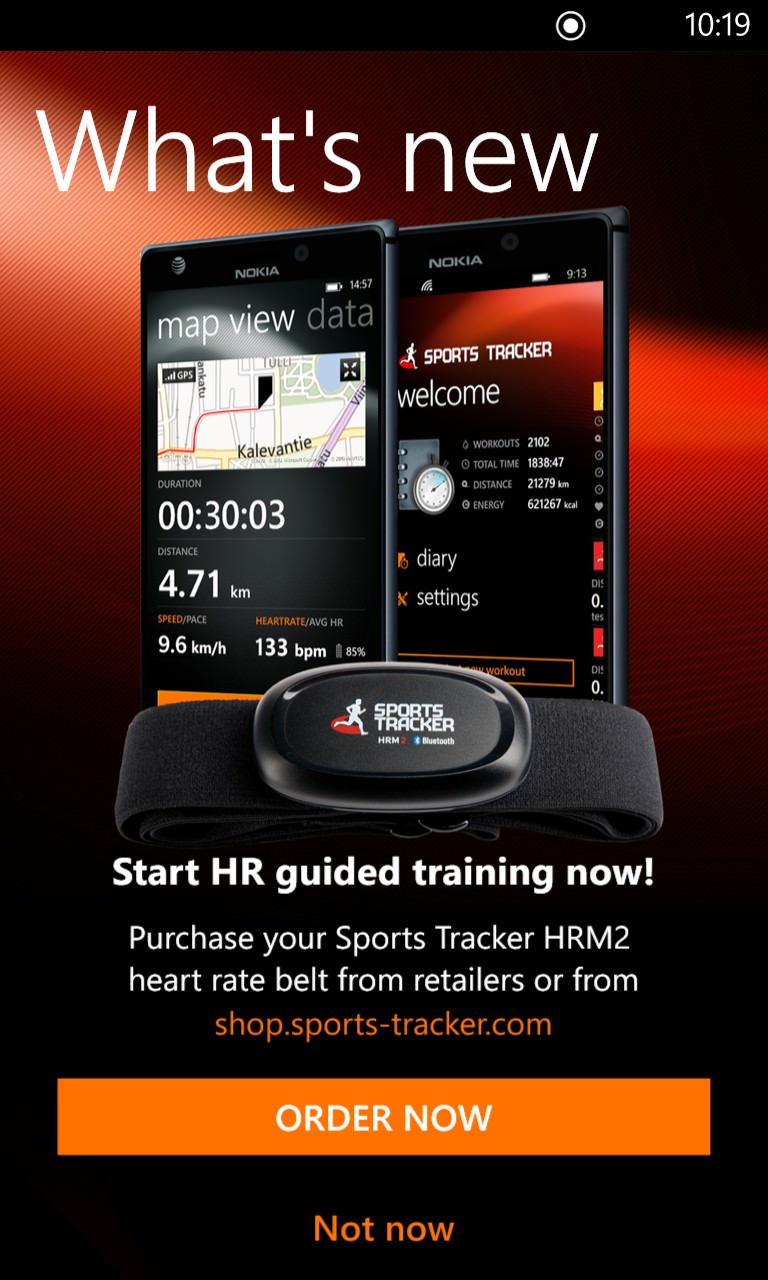 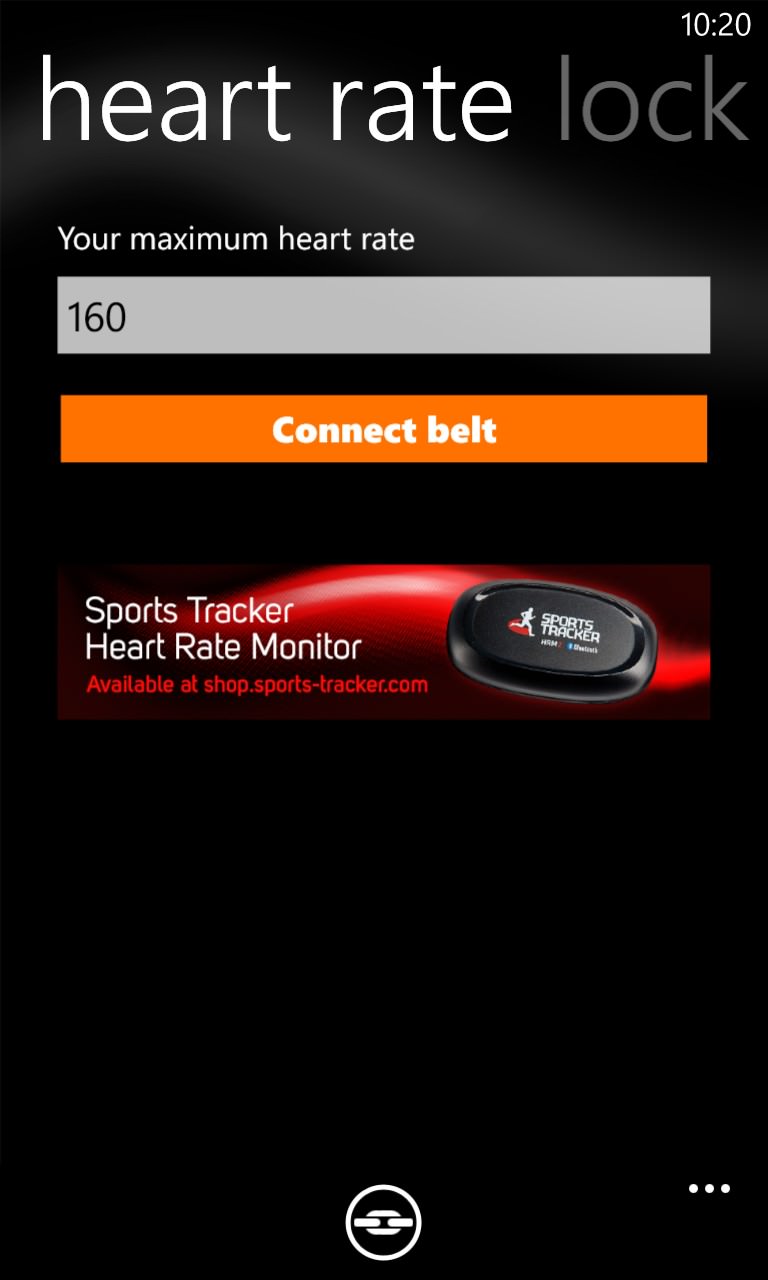 The startup wizard (first time only) leaves you in no doubt as to the push towards using Sports Tracker with the special Bluetooth heart rate monitor - see the PS. below... 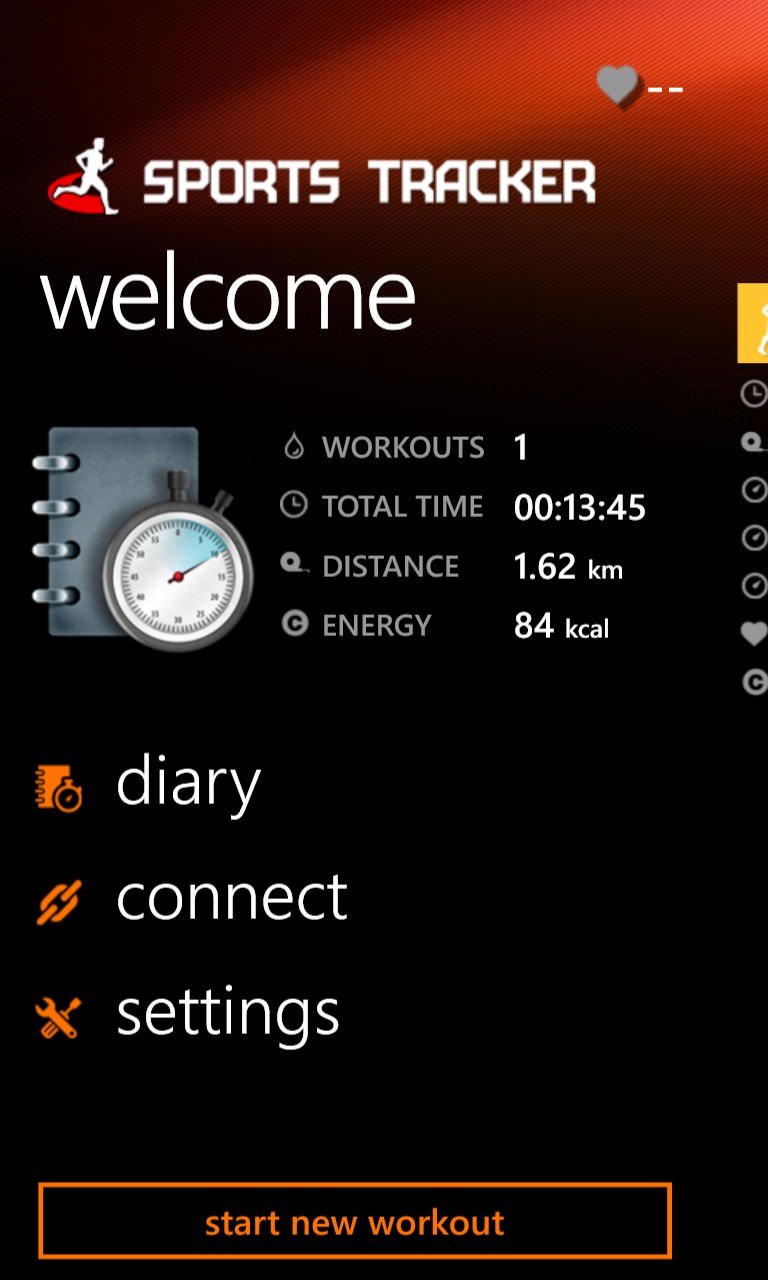 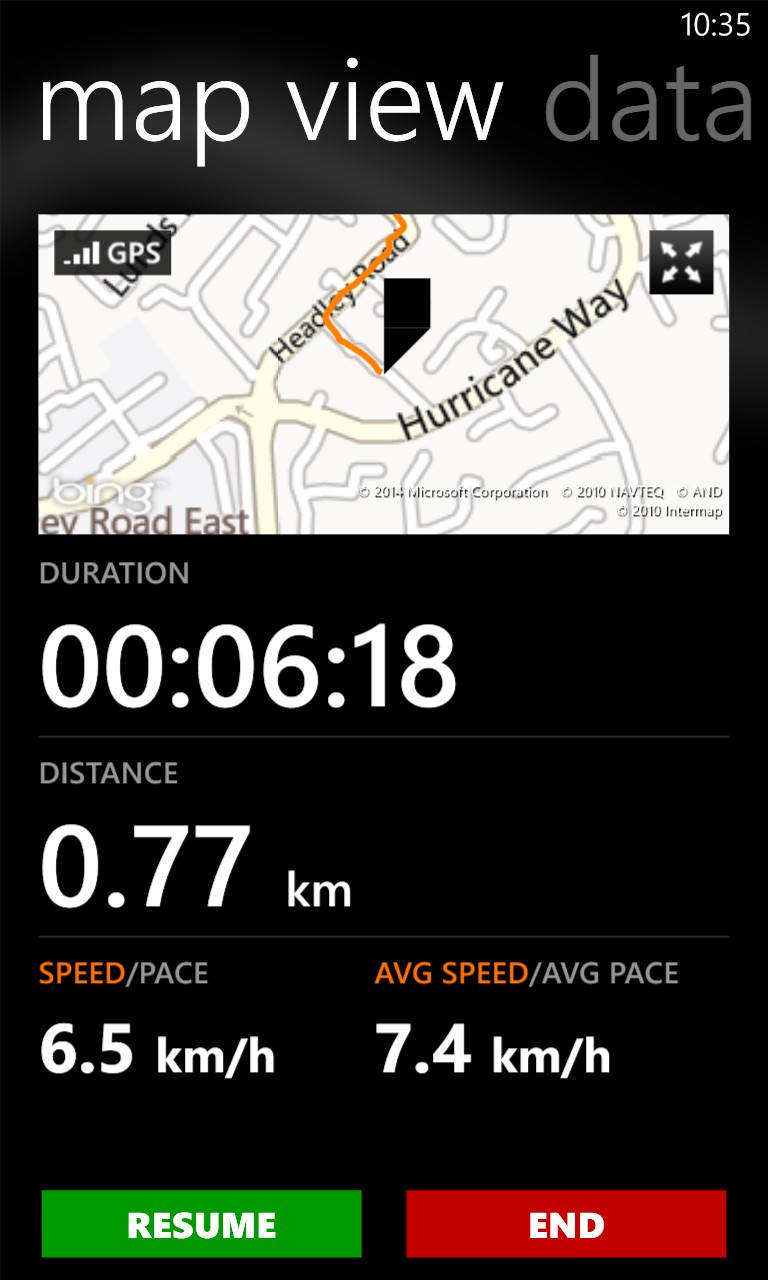 Operation hasn't changed much over th years, though everything's been given a facelift - it's all very smart and modern. Note that I've paused tracking here (entering a shop) - doing it manually via the buttons, since the auto-pause is still a bit flaky (see the changelog above)... 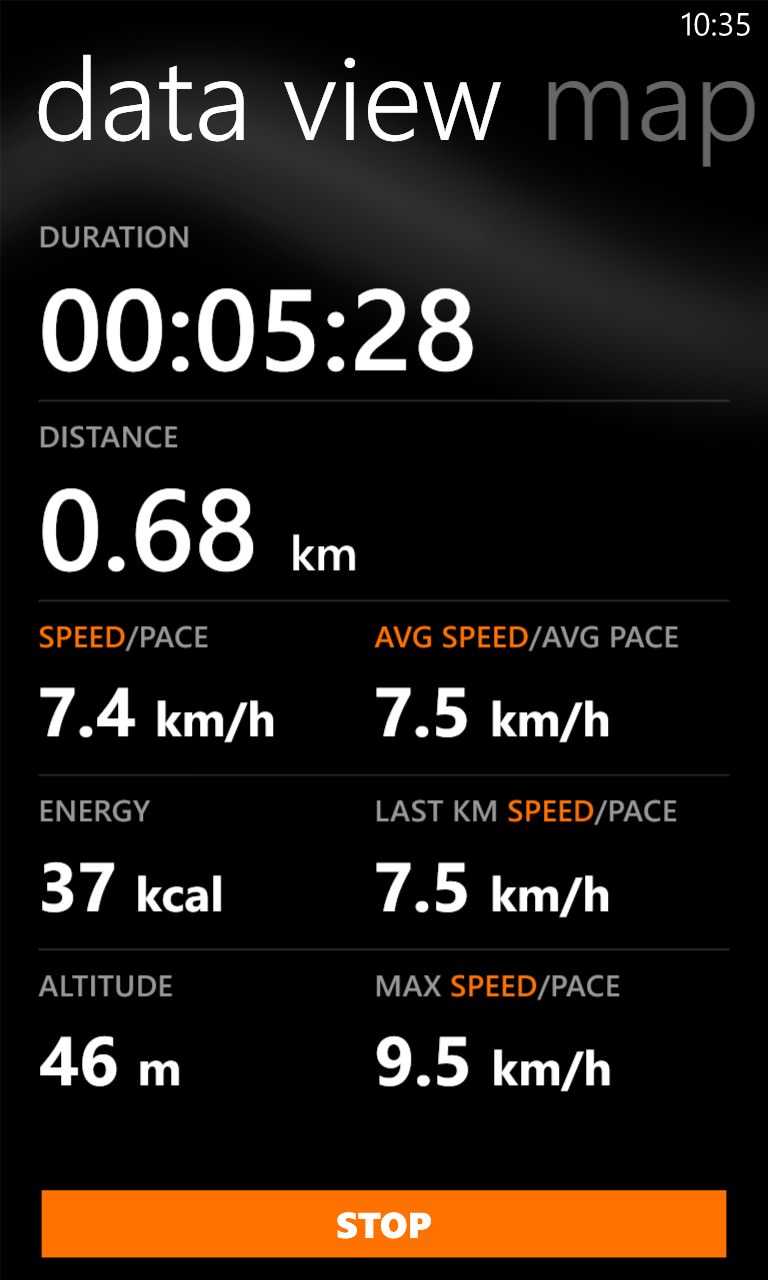 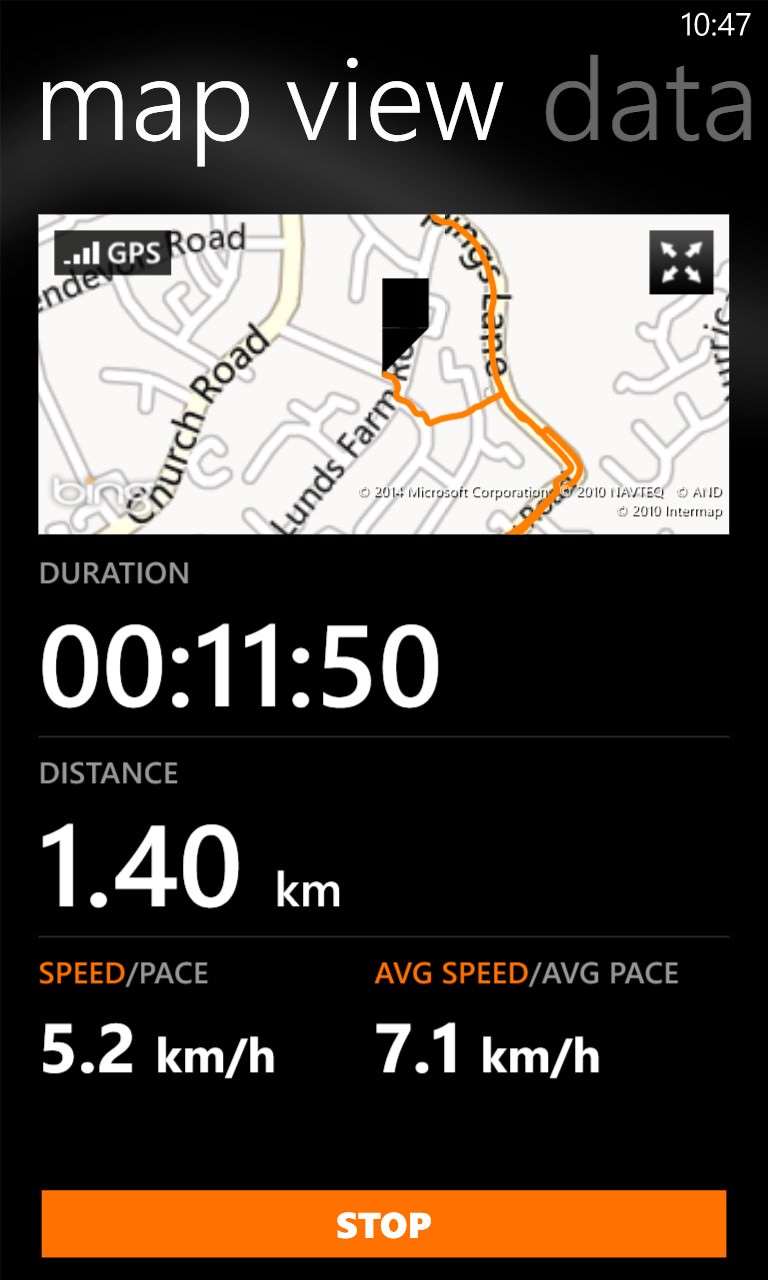 The two main views are a data screen and one including a map tile. The maps are pulled over the air, by the way, even if your phone already has HERE Maps offline data, etc.

Of particular note is that I deliberately ran a dozen apps 'on top' of Sports Tracker when I turned left (see above) heading up to Lunds Farm Road, and then didn't bring Sports Tracker up on screen again until the point shown. Somehow enough is left running to carry on GPS tracking, though I suspect a tougher test would be to leave Sports Tracker 'off' for more than half an hour and then try returning to the tracking. Comments welcome if you've done this!

Terrific stuff, and it's all free, here in the Windows Phone Store. Of note is that there are actually two entries for the application in the Store, caused by a hiccup late last year. As fas as we know, the two are now identical - clarifications welcome if there's something we don't know!

PS. If you're wondering why Sports Tracker is free, it's because the monetisation is through sales of the company's Heart Rate Monitor belts. I reviewed an early version of this back in 2010 over on our sister site, All About Symbian.

PPS. In case you haven't seen it and/or are new to Sports Tracker, here's the team's intro video: