The Lumia 930 and 630 were announced last week and continue Nokia's now well established tradition of including brightly coloured variants in the launch line up. In the case of the new devices it is the new 2014 colour palette - bright green and bright orange - that will be drawing eyeballs. But how does Nokia decide which colours to offer?

The most important factor is consumer preference. Nokia carries out extensive market research to determine what colours will go down with their customers. It's important to note that preferences do vary between different countries, something that becomes important when deciding how much of each colour to stock in a given market.

For the new green and orange colours Nokia's research indicates that consumer preference is ranked higher than that for yellow, which has been one of Nokia's most successful colours to date. This is particularly true in the US, France, and Germany, according to a slide we were shown at a recent Nokia UK event.

It's not just about consumer preferences though, there's also an element of what's possible from a production process point of view. The integral colour is added to the polycarbonate plastic by adding a dye during the production process - it's the equivalent of adding food colouring to icing when baking a cake. Naturally each colour has its own dye, and getting the perfect dye takes time. For example, for the white Lumia 900, Nokia went through more than 40 different dyes during the development period.

The same applies to the new bright green and bright orange colours. From a technical perspective these colours are harder to produce than some of the earlier "pure" Lumia colours (Cyan, Magenta, Yellow) because they are more "complex". Nokia has gained a great deal of experience in creating coloured polycarbonate and now that has been used to great effect on its most recently announced Lumia devices. 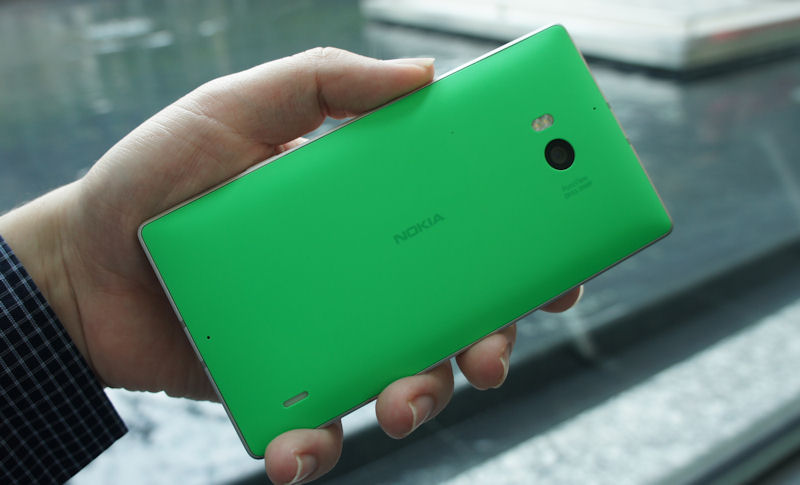 There is, of course, also a marketing element to producing colour variants. Nokia's Lumia devices have become known for their colours and it certainly helps the devices stand out on shop shelves.

However, both anecdotal evidence from mobile phone shop sales staff and sales figures from Nokia do suggest that consumers are responding with genuine enthusiasm. The headline statistic here is that more than 50% of the Lumia devices sold in the UK are non-black colour variants.

Filed: Home > Flow > Explaining why the Lumia 930 and 630 arrive in orange and green